Letter from concerned Quebecer to victims of the Husky oil spill 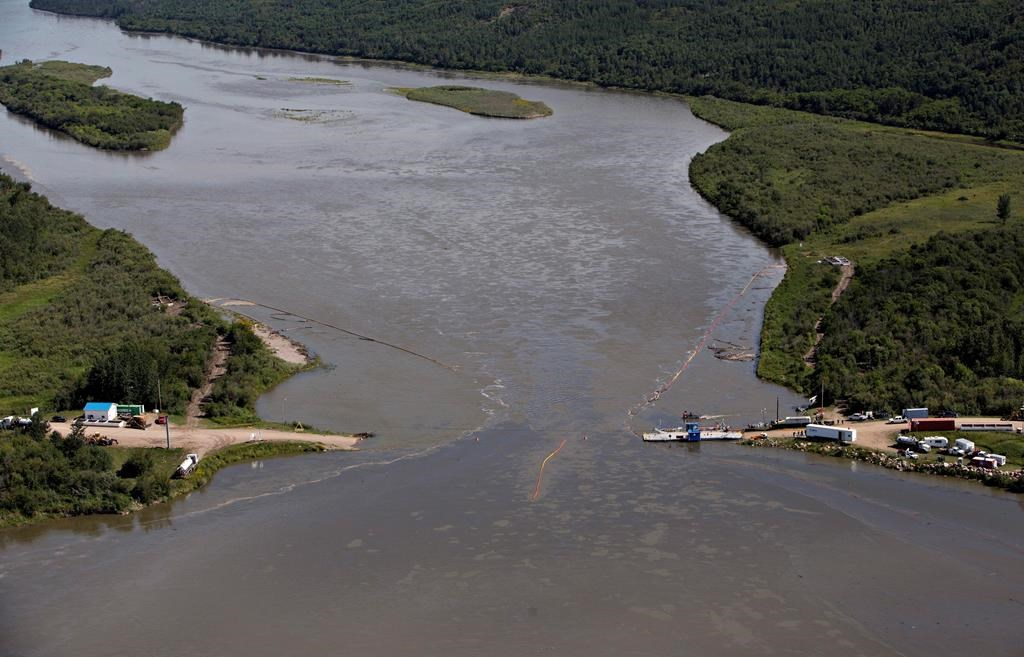 Here in Quebec, we are watching and reading with dismay as the pipeline operated by Husky Energy spilled more than 200,000 litres of heavy oil and petroleum product into the North Saskatchewan River. The oil slick is rapidly moving downstream, with some of it sinking to the bottom, poisoning the river and contaminating the drinking water of wildlife, livestock and the citizens living in its watershed.

The mayor of Prince Albert, Mr. Greg Dionne, has declared a state of emergency in his city and has joined North Battleford in enacting extreme water use restrictions. Two water treatment plants have been shut down, and other municipalities are preparing for disaster.

This emergency is far worse than a simple "boil advisory." Boiling water kills harmful bacteria (usually E Coli), making it safe to drink again — but how do you 'kill' heavy oil and petroleum?

In this case, cities have issued a "drinking water advisory." In other words, 'don't let this tainted water touch your body; don't drink it, don't cook your food in it and don't shower with it.'

The citizens of North Battleford and Prince Albert could be forced to live in this unacceptable straightjacket for months. A temporary 30-kilometre water pipeline might partially solve the problem for the moment, but would freeze during the winter if the emergency lasts more than four months. And where exactly will local wildlife get its drinking water?

Even if Husky Energy pays for some damages, what about the financial losses of farmers and local businesses? What about the anxiety that every citizen faces as he or she tries to cope? And what about the impact to an otherwise healthy and beautiful environment? These are losses no amount of insurance money could possibly cover.

We feel your pain

In Quebec, we have sympathy for the plight of the people of Prince Albert and North Battleford. On Jan. 15, 2015, a tank containing diesel fuel contaminated the water purification plant of the south shore city of Longueuil, leaving 300,000 people without access to water for three days.

Accidents like these should be a lesson for the citizens of Canada: no pipeline is truly safe.

A number of pipelines projects currently await approval by the National Energy Board (NEB). Amongst them is TransCanada's monster, cross-country Energy East, which would see 1.1 million barrels per day of diluted bitumen travel over 4,600 km to the East Coast and cross more than 3,000 lakes, rivers, streams, and aquifers. If built, that pipeline would carry more than 2,000 litres of heavy oil per second.

During meetings with the BAPE (Quebec's environmental hearings board), TransCanada admitted that if Energy East were to leak, it could stop the flow of oil in 13 minutes as long as its sensors worked properly and the people at its control centre responded according to protocol. That means that even if every thing goes right, at least 1.56 million litres of heavy oil would escape. Yet in real life, history has proven that 13 minutes between the detection of a leak and its complete containment is overly optimistic.

In the case of Saskatchewan, Husky Energy needed 14 hours, and in 2010, at the disastrous spill in the Kalamazoo River of Michigan, Enbridge took 17 hours to respond.

Let's remember that for Energy East, crossing the Ottawa river between Hawkesbury and Rigaud is technically difficult from an engineering perspective — a spill upstream of Montreal could leave 3.5 million people in the same plight as those in Prince Albert and North Battleford.

So when politicians like Saskatchewan Premier Brad Wall demand that Manitobans, Ontarians, Quebecers and New Brunswickers sign off on Energy East, understand that he is demanding we be permanently at risk from a giant spill. The same goes for British Columbians and First Nations opposed to Enbridge Northern Gateway and the Kinder Morgan TransMountain pipelines heading to the West Coast. There are simply no risk-free oil technologies.

Just take a look at Enbridge's old 830-kilometre pipeline 9B towards Montreal, which has had at least 35 spills in 38 years. According to scientists, a single litre of used oil can contaminate one million litres of water. Oil and water just don't mix.

A springboard to do better

But perhaps such unfortunate incidents can become a springboard to change our way of living, which is heavily dependent on fossil fuels. We should be thinking along the lines of the COP21 climate conference in Paris; to keep climate change within acceptable ranges, humanity must move rapidly towards a low carbon economy.

If we don't — if we increase our dependence on oil, and produce more greenhouses gases, we will face increasingly bizarre and costly weather events like hurricanes, heavy downpour, droughts, and wildfire.

The destruction and suffering in Saskatchewan was not inevitable. It happened because we didn't heed the warnings of scientists and switch away from fossil fuels. Let's not keep making the same mistakes.

Gérard Montpetit is a resident of La Présentation, Que. and has been an active critic of fracking since 2010. He is currently a member of the anti-fossil fuels group, Regroupement Vigilance Hydrocarbures Québec.