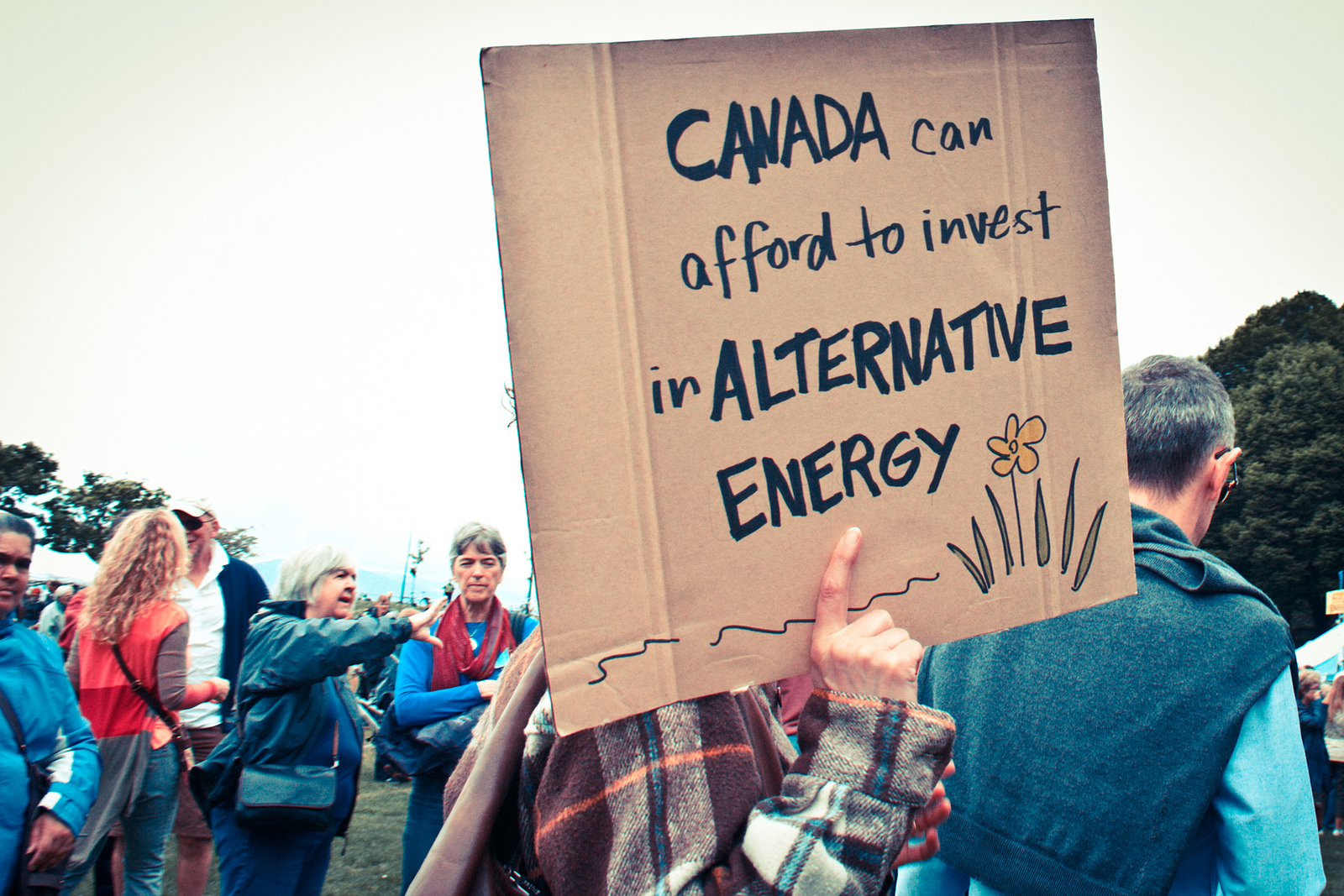 Canada's national pension fund is heavily financing fossil fuels in a bet that climate policy will fail. Canadians have every right to wonder why investment managers tasked to make sure we have a safe financial future are instead using our money to finance disruption and chaos.

The Canada Pension Plan Investment Board (CPPIB) manages one of the largest pools of pension capital in the world. Our CDN$285 billion fund is celebrated as a global leader in executing complex transactions in investment categories often considered too exotic for most of their pension fund peers - including distressed debt, private equity, and large infrastructure projects. We should be proud of the funds reputation as a sophisticated global investor on behalf of all Canadians.

But the fund is also known for its love of the oil and gas sector at a time when energy markets are transitioning away from hydrocarbons.

The strategy of betting against clean energy begs the question of whether the Canadian Pension Plan is actually betting against the federal government's own commitments to phase out fossil fuels over coming decades.

Since joining the CPPIB in 2005 and becoming President and CEO in 2012, Mark Wiseman has been bullish on the fossil fuel sector. According to Wiseman, oil producers are poised for a recovery, and “just because a company is highly-levered [indebted] doesn’t mean the underlying assets aren’t good.” Speaking to Bloomberg earlier this year, Wiseman highlighted how CPPIB deal makers “like companies that have good underlying assets and bad balance sheets. That’s the perfect scenario for us.” Underlying Wiseman and the CPPIB's investment thesis is the fact that "God isn’t making any more [oil].” In June, Wiseman left the CPPIB join his wife, Marcia Moffat, at BlackRock, the world's largest investment manager.

Mr. Wiseman's praise for the future of high-cost oil points to one truth - that the world needs more energy. But growing global energy needs will not necessarily be met by burning increasing volumes of oil, gas, and coal. In 2015, new renewable power projects - wind, solar, and geothermal - added more to global energy generation capacity than all other technologies combined. According to Michael Liebreich, Chairman of the Advisory Board at Bloomberg New Energy Finance "global investment in renewables capacity hit a new record in 2015, far outpacing that in fossil fuel generating capacity despite falling oil, gas and coal prices." Similar trends are present in the transport sector, with growth in electric vehicles outpacing analyst expectations.

Yet Canadian pension savers’ outsized investments in oil, gas, and, to a lesser extent, coal, indicate that the CPPIB team are betting heavily that climate change policy and a global energy shift away from hydrocarbons is just a dream. This puts them at odds with peers like Anne Simpson, investment director at the much larger CDN$390 billion California Public Employees’ Retirement System (CalPERS). Simpson recently told a New York investor audience that climate action and the agreed upon phase out of fossil fuel use means that: “a child with an abacus can calculate that there are tremendous amounts of gas and oil that will need to be left in the ground, yet we have boards of directors who will not talk to their shareholders about this issue.” Speaking on the same panel, Barclays bank energy analyst Mark Lewis indicated that the fossil fuel industry risks losing $33 trillion in revenue over the next 25 years as global warming may drive companies to leave oil, natural gas and coal in the ground.

In contrast to CalPERS’ strategic reorientation in response to climate change and the terminal decline of fossil fuels, CPPIB’s approach indicates a belief that the Paris Agreement on climate change signed by 175 nations, and a G7 commitment to phase out fossil fuel use are purely aspirational, and will not impact on North American energy markets. Yet even oil sands operators like Suncor Energy now acknowledge that its business will be constrained by climate policy and a transition away from the most carbon intensive fuels. The CPPIB's two-pronged gamble assumes a recovery in the price of oil to a level that pure-play tar sands companies will once again turn profits, and a failure of renewable energy to destroy demand for fossil fuels in the power generation and transport sectors.

CPPIB’s private equity team a blessing to the oil patch

In addition to holding shares in Canada’s largest oil, gas, and coal companies, the most impressive CPPIB contribution to the sector comes from their private equity arm. "Private equity" refers to a category of investing whereby CPPIB makes investments directly into private companies or participates in buyouts of public companies that result in de-listing of the public company.

The fund's private equity arm is tasked with generating better investment returns than those available in equity and bond markets, yet it remains heavily focused on the fossil fuel sector. This is in spite of a dramatic oil price drop in 2014, with the price stuck around US$30/barrel for Canadian crude oil based on the Western Canada Select reference price. Meanwhile, the US benchmark West Texas Intermediate price hovers around US$40/barrel. At these prices, many North American oil and gas producers are having to borrow money to pay dividends and to service existing debt. The sector is running on empty.

A number of recent CPPIB equity investments are looking into the abyss of a financial death spiral that has already decimated the US coal industry. Portoflio companies like Larcinia Energy have been forced to file for bankruptcy protection, with more to come as oil prices remain depressed. Yet the fund continues to plow money into an extremely high risk sector on behalf of 19 million pension savers.

There are some glimmers of hope: in May, Stephanie Leaist, the CPPIB Head of Sustainable Investing, joined the Financial Stability Board's Task Force on Climate-related Financial Disclosures, so Canada's pension savers should stay tuned to see if a new strategy emerges for clean energy investing after this November's world climate meeting (COP22) in Marrakech.