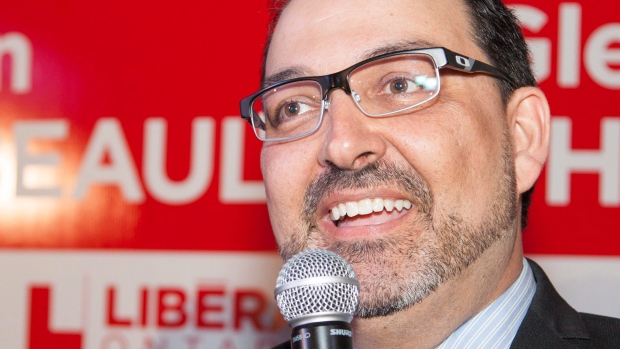 Ontario's Liberal government took steps Tuesday to take some pressure off of rising electricity rates, cancelling plans to sign contracts for up to 1,000 megawatts of power from solar, wind and other renewable energy sources.

Energy Minister Glenn Thibeault said the move will save up to $3.8 billion of the costs projected in the 2013 long-term energy plan, and will keep about $2.45 a month from being added to hydro bills for homeowners and small businesses.

The Independent Electricity System Operator's planning outlook determined Ontario has a "a strong supply of clean power" for the next decade, added Thibeault.

"It was power that we didn't need right now," he said. "Looking at this prudently and finding ways to continue to have downward pressure on rates, because that's one of the mandates that I've been given by the premier, I acted on it."

The Progressive Conservatives have been demanding the Liberals stop signing long-term contracts for renewable energy projects, and said Ontario's high electricity rates are driving businesses out of the province.

"This government has plowed ahead for years signing contracts for energy we simply do not need," said Opposition Leader Patrick Brown. "The premier has become the best minister of economic development that Pennsylvania and New York has ever seen."

The Tories used virtually all their time in question period talking about individuals and business owners struggling with soaring electricity rates, and claimed Thibeault's cancellation announcement was an admission by the Liberals that their green energy policies were misguided.

"It's bad policy," said Brown. "I just wish at this point, now that they've acknowledged that they've made a mistake, that they would apologize. They made a huge mistake on the energy file and everyone in Ontario is paying for it."

NDP Leader Andrea Horwath blamed rising hydro rates on the Liberals and previous Conservative governments for privatizing parts of the electricity system. Quebec and Manitoba both have hydro rates that are about half of Ontario's because they kept their electricity systems in public hands, added Horwath.

"You can't privatize the electricity system and expect people's bills to go down," she said. "Again we have the government that's making decisions in the interests of Liberals and their fortunes as opposed to regular people."

He said the government is taking the eight per cent provincial portion of the HST off of electricity bills, but the Tories and NDP counter that hydro ratepayers were getting a 10 per cent reduction on hydro bills until last January.

The government also scrapped the debt retirement charge for household hydro bills and deferred construction of two new nuclear reactors at Darlington, avoiding up to $15 billion in new construction costs. It will also be looking for ways to reduce costs in the next long-term energy plan to be released in 2017, added Thibeault.

"People in rural areas are getting more than the eight per cent (discount)," he said. "They'll be getting a 20 per cent reduction."

Ontario has already signed long-term contracts, most for 20 years, for 18,000 megawatts of power from wind, solar bio-energy and energy-from-waste projects, and is not backing away from its green energy policies, said Thibeault.

"We've seen costs of renewables come down," he said. "The system that we built is the cleanest and most reliable system in North America."