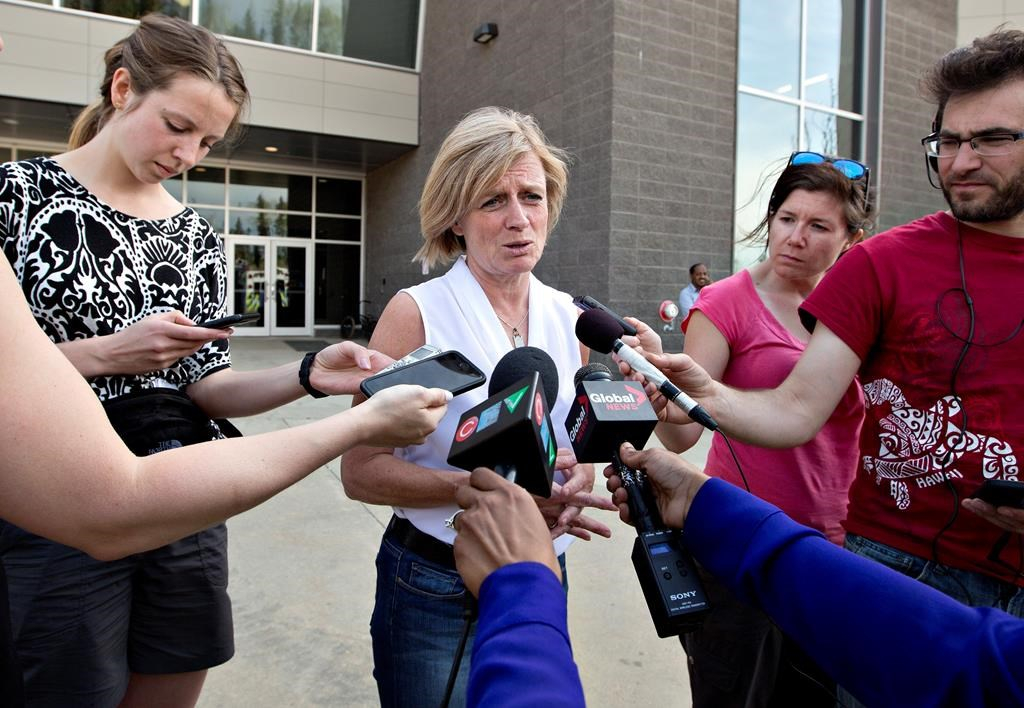 Alberta Premier Rachel Notley has made climate action a priority of her government, along with advocating for a pipeline that will get the province's oil to tidewater. File photo by Canadian Press.
Previous story
Next story

The Alberta government plans to use revenues from its carbon levy on large emitters to help spur investment in green power.

Environment Minister Shannon Phillips outlined details of the Renewable Electricity Program on Thursday as she announced proposed legislation aimed at getting the province to its 30 per cent renewable target by 2030. Currently, 10 per cent of the province’s power comes from renewables such as wind, solar and hydroelectric.

"Albertans are doers. We are leaders," she told a conference held by the Canadian Wind Energy Association. "When people say something can’t be done, we prove them wrong. We become the example the rest of the country and the world can follow."

The program’s goal is to add 5,000 megawatts of renewable electricity capacity by 2030 through auctions run by the Alberta Electric System Operator. The cost of the program — which the government expects to draw at least $10.5 billion in private sector investment and to create 7,200 jobs — will not be borne by ratepayers, but will be funded out of carbon revenues.

"In this way, we are turning emissions today into renewable energy tomorrow," said Phillips.

Neither the government nor AESO provided an estimate of how much the program is expected to cost, as there are many variables at play.

The first round of bidding for 400 megawatts in projects is to open early next year. The winners of those 20−year contracts are to be announced toward the end of 2017. To be eligible, projects must fit the federal government’s definition of renewable energy, be new or an expansion of an existing project, be bigger than five megawatts and be ready to operate by 2019.

Phillips said the first round will focus solely on which bidders can offer the best price. But in future phases there may be calls for indigenous participation or for projects to be built in specific regions. The program is to include a mechanism to cover off any difference between a participant’s bid price and the pool price in the energy market.

Robert Hornung, president of the Canadian Wind Energy Association, said the program makes Alberta the most competitive jurisdiction for the industry.

"Wind energy investors are thinking about where they are going to invest in Canada over the next decade. The first province they’re going to look at is Alberta."

Kelly Matheson−King, chief operating officer at BlueEarth Renewables Inc., said the program makes Alberta more enticing for the Calgary−based company. BlueEarth has solar, wind and hydroelectric projects operating or in development across Canada. She said Thursday’s announcement makes Alberta one of the best places to invest.

"We’re just so impressed with this government and the leadership that they’re showing on climate change," she explained. "We’ve worked in a number of jurisdictions right across Canada through different renewable energy procurement processes.

"They’ve all got their strengths and challenges, and it seems like Alberta really has taken some lessons learned about what’s been done elsewhere."