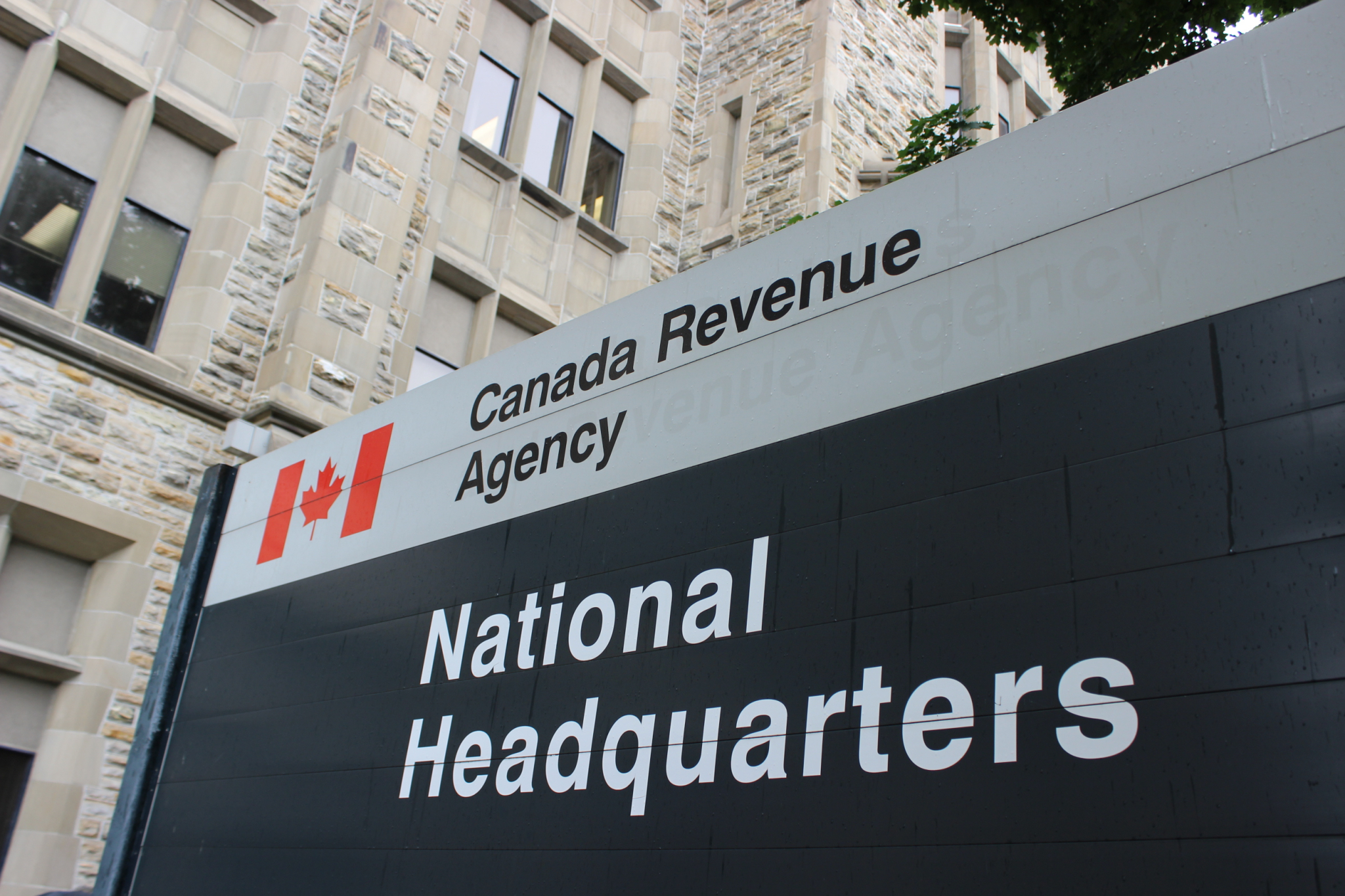 The Canada Revenue Agency (CRA), the federal government’s branch that collects our taxes, is asking for feedback on what kind of public statements are allowable for non-profits that have charitable status. Charitable status allows donations to a charity to be tax deductible.

Charitable status is prized, because it means everyone – and especially very wealthy persons or groups or foundations – can give a non-profit a large sum of money and simultaneously reduce their tax burden. And that encourages everyone to make larger and more frequent donations.

You might be surprised to know that the basic rules were established during the reign of Queen Elizabeth. No, not this one: Queen Elizabeth the First. And further “updated” almost exactly one hundred years ago.

The deadline for comments to the CRA has been extended till December 14.

The whole question that the CRA is exploring hinges on what is “political”, and hence disallowed, and what is just “education," which is allowed.

Elected politicians at present have far too much leeway to meddle in the definition of “political”.

For example, despite vast reams of evidence that nuclear weapons are essentially unusable because of their enormous destructive power, the Harper government decided that they were just ducky, and decided to hamstring any group that said otherwise. Harper therefore sent the CRA to attack a doctors’ group, Physicians for Global Survival (PGS), because it said nuclear weapons were dreadful and should never be deployed, quoting abundant evidence that made it clear why they took that position. The CRA action essentially decimated this longstanding and reputable medical non-profit, despite the fact that in 1985 it had received the Nobel Peace Prize, as the Canadian affiliate of International Physicians for the Prevention of Nuclear War (IPPNW).

Remember, the deadline for commenting to the CRA is Dec. 14.

I just sent in some comments to the CRA web page regarding this "Consultation on Charities' Political Activities", answering their questions in the order in which the CRA posed them, as follows.

Feel free to crib off my remarks, if they appeal to you in any way.

Yes, generally speaking, they are aware – particularly since the Draconian punitive activity directed at selected charitable organizations during the previous Conservative regime, in which focused attacks were carried out on the integrity and financial security of charitable organizations that were associated with policies the government wished to promote. I am an active member of several organizations that have charitable status, and long before these attacks occurred, we have been very conscious of the limits imposed upon charitable organizations – in sharp contradistinction to the latitude allowed corporations and other business interests in taking public advocacy positions, both through direct lobbying activities and indirectly through public relations campaigns.

The very strict interpretation of “research” and “education”, the only permissible public activities of charitable organizations, coupled with the CRA’s profoundly uneven and at times seemingly capricious application of this interpretation, has presented sometimes insurmountable hurdles to charities wishing to speak out about a whole range of a-political but politically sensitive issues. The long historical roots of Canadian charity law, rooted in enactments put forth during the rule of Queen Elizabeth I of England, have also been a serious impediment to free activity by currently active charities in this country. I have summarized the dilemma created by these ancient roots, and their amendments in 1917, in this article.

They hinder them. The latitude afforded to governments to define charitable activities as “political” based on their own definition of “educational” has been the fatal flaw in charitable law in Canada. As I have pointed out in the article above, one regime can determine that, say, protecting the integrity of an ecosystem is a good thing, and a subsequent regime can decide that it is not. One regime can decide that fostering the expansion of extractive industries is a good thing, and a subsequent regime can retract that opinion, and call any comment that critiques such an expansion out of line, and punish it for that reason alone. This extraordinary licence to determine what is or is not “charitable” will continue to impair the conduct of charities until the day that it is changed.

The only change that makes sense is to allow any expression of a charitable organization to stand free of attack if it is based on reasonably substantive and verifiable evidence that it is accurately interpreted.

For example, if an organization publishes information which states that building a pipeline could cause harm, and then outlines the potential harm in concrete terms, based on generally acceptable sources and data, and does not exaggerate the evidence or misinterpret it, then that pronouncement should in all cases be allowed. If on the other hand a charity presents information that is intended to elicit an emotional response, but has no substantiating data or generally accepted basis, or has grossly exaggerated the significance of the data or basis, then that should be disallowed. The same should also apply to any pronouncement from any entity – corporation, business, charitable organization, non-profit etc. All should operate on a level playing field where accuracy and substantiation are the keys to permissibility.

No it is not, for the reasons outlined above. Partisanship should be based on quality of evidence, and the conclusions drawn from that evidence, not something so vague as someone’s personal opinion about the evidence. As a physician, I make concrete decisions every day about what I will do to or for my patients, not based on “political” overtones, but on the basis of whether the evidence supporting a particular intervention is adequate (and of course, based on the patient's values!). The Government of Canada ought to be able to do the same! – especially if it doesn't have to worry that someone’s life is directly at risk because of its decision.

I would suggest a combination of a) emails to any party declaring an interest to the CRA; b) posting on a defined website among the CRA suite of webpages; c) public announcements – not just on the Canada Gazette, but in the form of press releases with links; and d) brief (2-5 minute) videos on Youtube, as part of a defined CRA collection. Video-conferences and webinars could be mounted on an as-needed basis.

Should changes be made to the rules governing political activities and, if so, what should those changes be?

As outlined above, the quality of evidence, not the “political” aspect of activities, should be the governing principle determining acceptability. Otherwise the field is open to any sort of fabrication or distortion, and to preferential treatment of one pronouncement over another. For example, under the previous Conservative regime, the statements and documents released by the Fraser Institute (FI), which is heavily sponsored by large-scale business interests, were never once questioned, because the federal leadership agreed implicitly with their orientation – independent of their factual content. On the other hand, the Canadian Centre for Policy Alternatives, often seen as a counterbalance to the positions taken by the FI, was compelled to go through a demanding and punishing process of justifying its materials, a process that cost over $100,000 to accomplish – costs that were far more difficult for this more modestly funded organization to pay.

This sort of disparity in treatment brings the entire process of government evaluation into disrepute, making partisanship so visible that it invites cynicism and mistrust from citizens viewing it, regardless of their political orientation. Those whose position is favoured are pleased, but just as conscious that the process is biased as those who are subjected to the negative side of such partiality.

I hope that this government will move beyond anachronistic legislative and regulatory statutes established several centuries ago, in a radically different sociopolitical climate, and only modestly updated about a century ago. I hope the government will create a new, fairer, more equitable set of rules, in which “political” criteria are replaced by evidence-informed rules.

If change along these lines does not happen, I believe there will be ongoing conflict, frustration, legal actions and other costly and negative interactions between an increasing number of citizens and civil society organizations and the federal government.

On the other hand, if quality of evidence trumps simple point-of-view, then the Canadian public will gain, or regain, a significant measure of confidence in the workings of their government. They will be encouraged to become active and engaged citizens in a reinvigorated democracy.