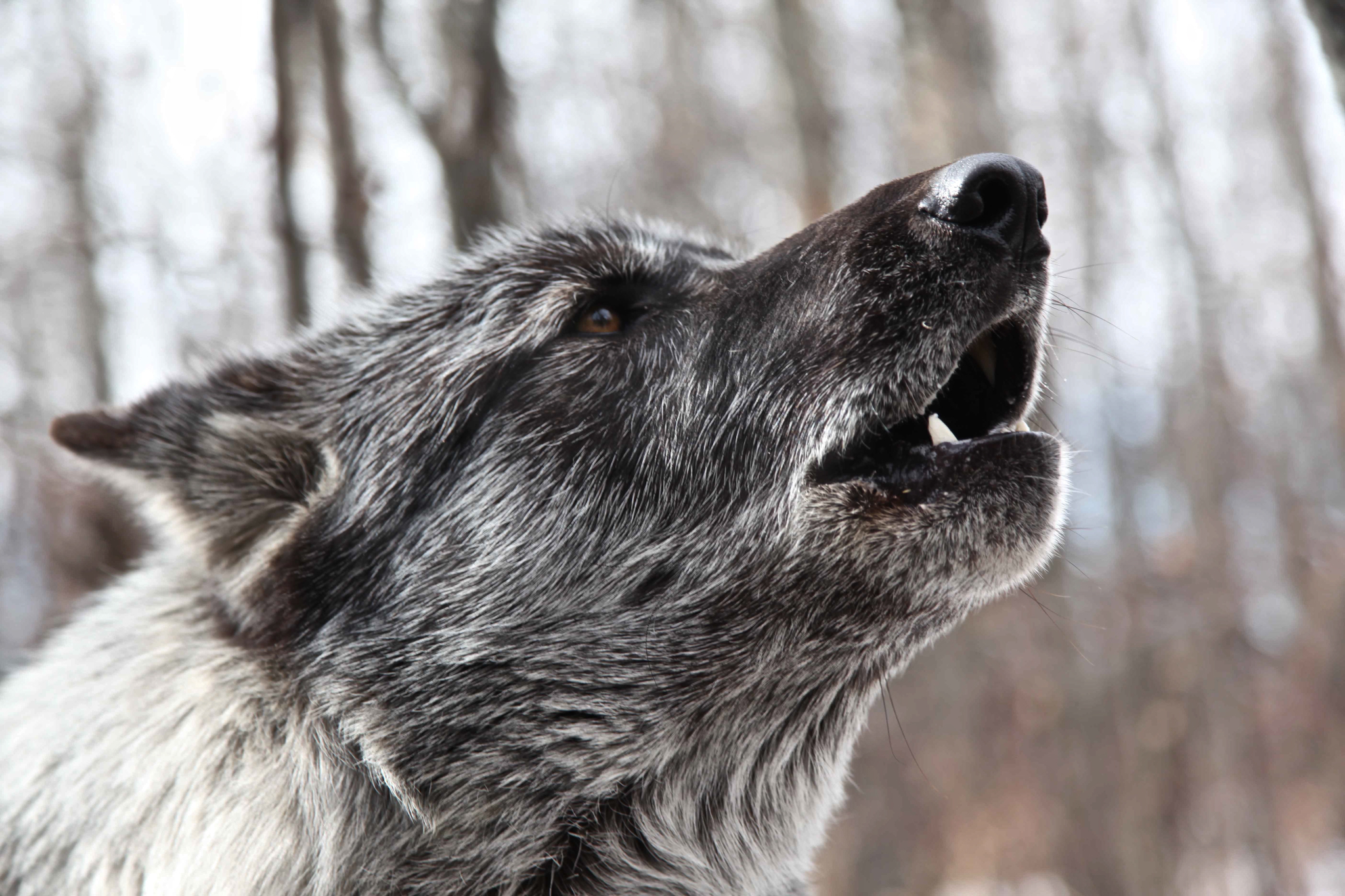 A still shot of a wolf from the documentary Unnatural Enemies: The War on Wolves, which exposes how the predator has become a scapegoat for dwindling caribou populations in Alberta. Photo by Geordie Day
Previous story
Next story

Long-term survival of these caribou is severely jeopardized by the loss of sensitive old-growth forest, and remaining caribou habitat continues to be eroded and altered by logging, seismic lines, pipelines, roads and other industrial and recreational activities.

British Columbia taxpayers are already funding what many scientists and conservationists have condemned as an “inhumane” killing of wolves in several ill-advised experiments to recover imperiled mountain caribou populations. But this time, the claim that the slaughter is inhumane is coming straight from the mouths of government researchers.

Written last October by two members of the Provincial Mountain Caribou Recovery Science Team, "Next Steps for Southern Mountain Caribou recovery in planning unit 3A,” provides a rationale for shooting wolves from helicopters in a southeastern part of the province known as the Revelstoke–Shuswap region. It would bring the total approved area for aerial gunning from two to three regions.

In the same breath however, the authors of the report concede: “There are no humane methods to directly reduce wolf numbers, but aerial removal is the only method of killing enough wolves (and entire packs) to reduce wolf densities with no risk of by-catch.”​

We believe experimental wolf kill programs are unwarranted and unethical, and should be replaced with adequate habitat protection.

Many wolves killed by aerial gunning – a method supported by the B.C. government – will die a slow and agonizing death. If the wolves were lab test animals, their painful deaths would not be compliant with the federally-funded Canadian Council on Animal Care guidelines — ethical standards strictly observed by most researchers throughout Canada.

Why then, does the B.C. government continue to carry out and endorse such heinous acts?

In part, it’s because in Canada, animal welfare falls under the jurisdiction of individual provinces. Moreover, B.C., unlike eight other provinces, appears to have conveniently exempted itself from these standards, while maintaining that research information obtained through inhumane methods (see section 3.2 of the report) is being used for the ethical and beneficial management of caribou.

In 2007, the province released scientific recommendations for habitat protection in the Draft Mountain Caribou Recovery Strategy, which included protecting 34,000 hectares of habitat to recover caribou herds in the Revelstoke—Shuswap area. But for economic reasons, the government chose to protect less than 10,000 hectares.

In 2011, the government amended the Revelstoke Land Use Plan to allow timber companies to log a minimum of 6,000 hectares of old-growth forests to compensate for what they had lost to protection of caribou. Eventually, the recommended 34,000 hectares of provincially protected habitat that scientists deemed necessary to maintain and recover imperiled caribou declined to less than 4,000 hectares.

Where the caribou lost critical and life-sustaining habitat, the logging companies gained more timber to cut. Even B.C.’s Forest Practices Board admitted the new areas opened to logging would reduce and fragment the already inadequate habitat, making recovery of caribou unlikely.

Despite ongoing objections from worried NGOs co-operating in the Mountain Caribou Project, protected habitat was reduced year after year. Although never protecting sufficient habitat to support caribou in the long-term, the province’s caribou recovery plan is still portrayed by the government as a great conservation commitment approved at the expense of industrial interests.

Attempting to recover struggling caribou herds living in damaged habitat that can support only limited, or no population growth, is like trying to put Humpty Dumpty back together again. It cannot be done!

Killing other animals, no matter how many, will not alter this reality. Wolf Awareness and the Raincoast Conservation Foundation suggest the government change the name of its "Next Steps" document to "Back-tracking," and recommit to protecting an ecologically consequential amount of caribou habitat.

In B.C.’s South Peace and South Selkirks regions, under the guise of conservation, at least 268 wolves have been killed over the past two winters, most often violently with multiple bullets or strangling snares. Supporters of the cull argue the wolves will recover, and in November last year, an Alberta government caribou specialist even suggested there is “no conservation issue” with killing wolves in an attempt to recover caribou.

This assertion blatantly disregards the considerable ecological disruption that scientists have documented when top predators are removed, and exhibits callous indifference to the suffering of wolves and other animals.

We believe experimental wolf kill programs are unwarranted, unethical and damage the integrity of scientific inquiry. But the province asks us to think in terms of compromise, even in matters of morally questionable research.

Compromised integrity, however, is no integrity at all. Ultimately, conservation decisions must result from appropriate studies that necessarily include and adhere to both scientific and ethical principles.

Pretty clear to me that over

Pretty clear to me that over the years the entire area of policy around "Annual Allowable Cut (AAC)" has been taken over by political, not scientific, agencies. Our BCFS is now a skeleton with clackety joints draped over by scarecrow draperies. Our forests are now populated by self enforcing international companies who are far more comfortable lobbying government than gaining advice from forest service personnel. As a result human greed is prioritized over conservation of natural ecosystems and our logging of caribou habitat has grown immeasurably. Natural predators have been made the scapegoats for the true predators - US!

http://www.mubarikintl.com/panel/propic/news/products.asp?msid=7-Fungera... Lovegra
Some forms of heat retaining material do not require skilled services but instead can simply be moved into an open location. These sorts of heat retaining material are an ideal way to increase the electricity efficiency of everything from the attic room to your crawl places to your cellar along with the spaces among flooring surfaces. This particular efficiency may also be put when you maintenance drywall.
http://www.moinhodajuventude.pt/templates/class.php?p=18]Cialis Daily Norge
One of many keys to aging sensibly is usually to carry on and discover which means in your life. For many individuals, daily life revolves around family and job, but when you get older specific things may possibly transform, making a gap in your life. Children will keep the home, and you will probably relocate. This could instantly leave you with a lot of free time on your fingers, but it doesn't suggest that you should end continuing to move forward. Actually, it's the perfect time to find exciting something totally new to occupy your lifestyle.
http://amandaamorim.adv.br/fullslider/slider/assets/return.php?gb1=11]Ge... Viagra Online
If you appreciate to travel operating, nevertheless, you are afflicted by allergic reaction, avoid windy time and select your manage afterwards in the time. Breeze is likely to cause plant pollen to take flight close to. Also, the later hrs of the day are when pollen will not be as substantial, as other times through the day.
http://www.scpalfootball.com/Scripts/jqulity.php?m=Meglio-Viagra-O-Ciali... Viagra O Cialis