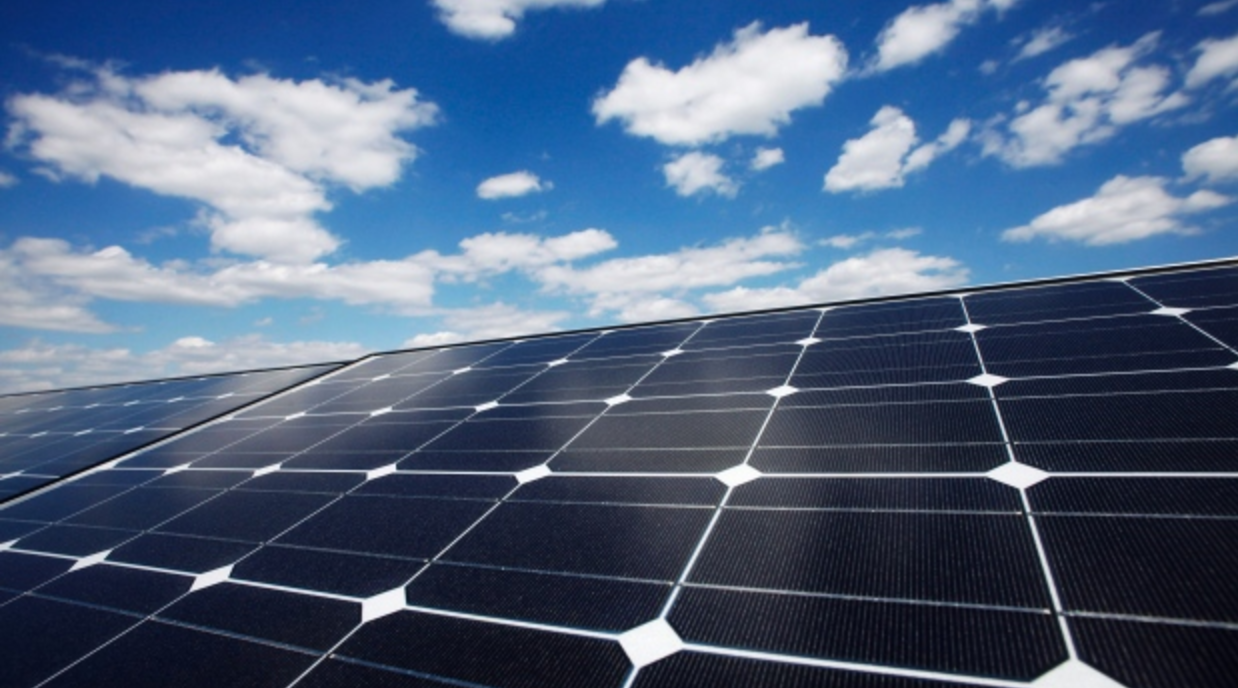 Solar panels are a source of clean, renewable energy throughout Canada, particularly in Ontario. File photo by Canadian Press
Previous story
Next story

New investment in the sector, which includes wind and solar energy, tumbled by 46 per cent last year to US$2.4 billion — the lowest since 2005. Industry stakeholders, however, say the decrease is not surprising.

“In Canada, wind energy projects are built on the basis of contracts that have long-term power purchase agreements," explained Robert Hornung, president of the Canadian Wind Energy Association. "We’ve gone through a period where we had a number of those contracts signed, and those are now being built out and we have fewer new contracts coming forward.”

Bloomberg’s analysis shows new investment in clean energy was down 18 per cent worldwide last year, after a record-breaking year in 2015. Clean energy investment heavyweights like China and the U.S. experienced investment declines of 26 per cent and seven per cent respectively in 2016.

Globally, last year’s new investment in clean energy came to US$287.5 billion. Investments in large hydroelectric projects were not included in Bloomberg’s analysis.

“Chinese slowdown and falling costs of solar power were two of the reasons global clean energy investment fell 18 per cent in dollar terms last year,” Bloomberg New Energy Finance (BNEF) said in a press release. “Even though overall investment in clean energy was down in 2016, the total capacity installed was not.

"Estimates from BNEF’s analysis teams are that a record 70GW of solar were added last year, up from 56GW in 2015, plus 56.5GW of wind, down from 63GW but the second-highest figure ever.”

In Canada, clean energy development slow downs in Ontario and Quebec appear to be the main reasons for the investment decline. John Gorman, president and CEO of the Canadian Solar Industries Association, said Canada's solar industry is heavily impacted by Ontario's activities — the province has 120 times more installed utility-connected solar power capacity than the rest of Canada combined.

“In solar’s case, 99 per cent of the investment and activity has been led by Ontario,” he said. “The decline in investment in solar energy is directly correlated to Ontario in the Canadian context.”

"Those policies have, for the most part, run their course," Grace told National Observer. "No other region in Canada will supplant Ontario and Quebec's recent build. The better way to look at it from Canada’s perspective is that the last couple of years have really been an anomaly, based essentially on a bunch of projects coming through the pipeline all at the same time.”

The Government of Ontario announced last September the province's "robust supply of electricity" will meet demand over the next decade and promptly cancelled plans to procure more clean energy. Quebec too, has almost reached its wind power target of 4,000 of megawatts (MW) of installed capacity, and has an electricity surplus. Three-quarters of Canada’s installed wind power capacity is in Quebec and Ontario.

Hornung said the lack of demand for new electricity in Canada is one of the biggest obstacles the wind industry faces today. Natural Resources Canada expects electricity demand in Canada to grow at an annual rate of one per cent until 2040, although this projection is likely to change when the National Energy Board — Canada's federal energy regulator — releases its new numbers on future energy supply and demand this May.

The Board’s current energy projections, which also assume a one per cent annual increase in electricity demand, were made before Prime Minister Justin Trudeau and most premiers signed the Pan-Canadian Framework on Clean Growth and Climate Change last December and do not take into account the impact the framework will have on future energy demand.

There is yet another complication affecting the development of clean energy in Canada and it is actually a good problem to have.

“The challenge is that 80 per cent of our electricity is already non-[greenhouse gas] emitting,” Hornung said.

Thanks in large part to Canada’s abundance of hydroelectricity (59 per cent of Canadian electricity is from hydro) and partially, because of non-greenhouse gas (GHG) emitting nuclear power, Canada has less electricity to decarbonize than its peers in the G8. American electricity is 67 per cent fossil-fuel based, and Germany — a world leader in clean energy — generates nearly half of its electricity from coal-fired power plants.

But the remaining 20 per cent of Canadian electricity that comes from coal, natural gas and some petroleum is not an insignificant amount. Non-hydro clean energy sources like wind and solar account for five per cent of Canada’s electricity supply. The federal government does plan to phase out coal-fired electrical generation — 9.5 per cent of electricity — by 2030, but has not unveiled any plans to shut down natural gas power plants.

Natural gas supplies 8.5 per cent of electricity in Canada.

“Relatively speaking, we’ve got very low emissions coming from our electricity sector in most provinces, and that means for much of Canada, it’s not low-hanging fruit in terms of meeting our (GHG reduction) targets,” Gorman said. “On the other hand, we have this oil and gas sector which is responsible for significant amounts of GHGs, but it is a very important economic driver and job creator nationally."

Despite having a relatively low carbon electricity grid, Canada is the eleventh biggest GHG-emitting country in the world, according to the World Resources Institute. The oil and gas and transportation sectors account for more than half of the country’s emissions, and no federal government has been able to put a dent in those emissions so far.

“So, what do you do when you can’t find the emissions reductions in your electricity sector and you want to expand investment and economic activity in your oil and gas sector?” Gorman said. “The only thing you can do is green your grid and then electrify the transportation, buildings and industrial processes of your country.”

The pan-Canadian climate framework — Canada’s roadmap for achieving GHG reductions — does mention developing a zero-emissions vehicles strategy and “fuel switching” in buildings, which should bode well for increased electrification and the clean energy sector. The framework makes no specific mention of electrifying the oil and gas sector to bring down emissions, but it does recognize “a low-carbon industrial sector will rely heavily on clean electricity and lower-carbon fuels.”

“Budget 2016 provides more than $1 billion over four years, starting in 2017–2018, to support clean technology, including in the forestry, fisheries, mining, energy and agriculture sectors. Budget 2016 also provides $2 billion over two years for a Low Carbon Economy Fund to support provincial and territorial actions that materially reduce GHG emissions and are incremental to current plans.”

Natural Resources Canada also pointed to the $21.9 billion the federal government proposes to spend on green infrastructure over the next 11 years, which would include investments supporting GHG reduction measures, climate change adaptation, and clean air and safe drinking water.

“The federal, provincial, and territorial governments will also work together to facilitate, invest in, and increase the use of clean electricity across Canada, including through additional investments in research, development, and demonstration activities,” Tania Carreira Pereira, communications officer with Natural Resources Canada, told National Observer in an email.

The Prairies are the next big plays for clean energy

Alberta and Saskatchewan have plans to build significant amounts of clean energy generation by 2030, but those developments alone are unlikely to bring investment back up to previous levels, said Grace. Investments will be more spread out than during the ‘boom years’ — 2010 to 2014 — when investment in Canadian clean energy averaged over US$6 billion annually, according to Bloomberg.

Electricity demand in the two provinces is also substantially less than in Ontario and Quebec where more than half of all electricity in Canada is consumed.

Canada is seventh in the world for installed wind power capacity and tenth in solar.