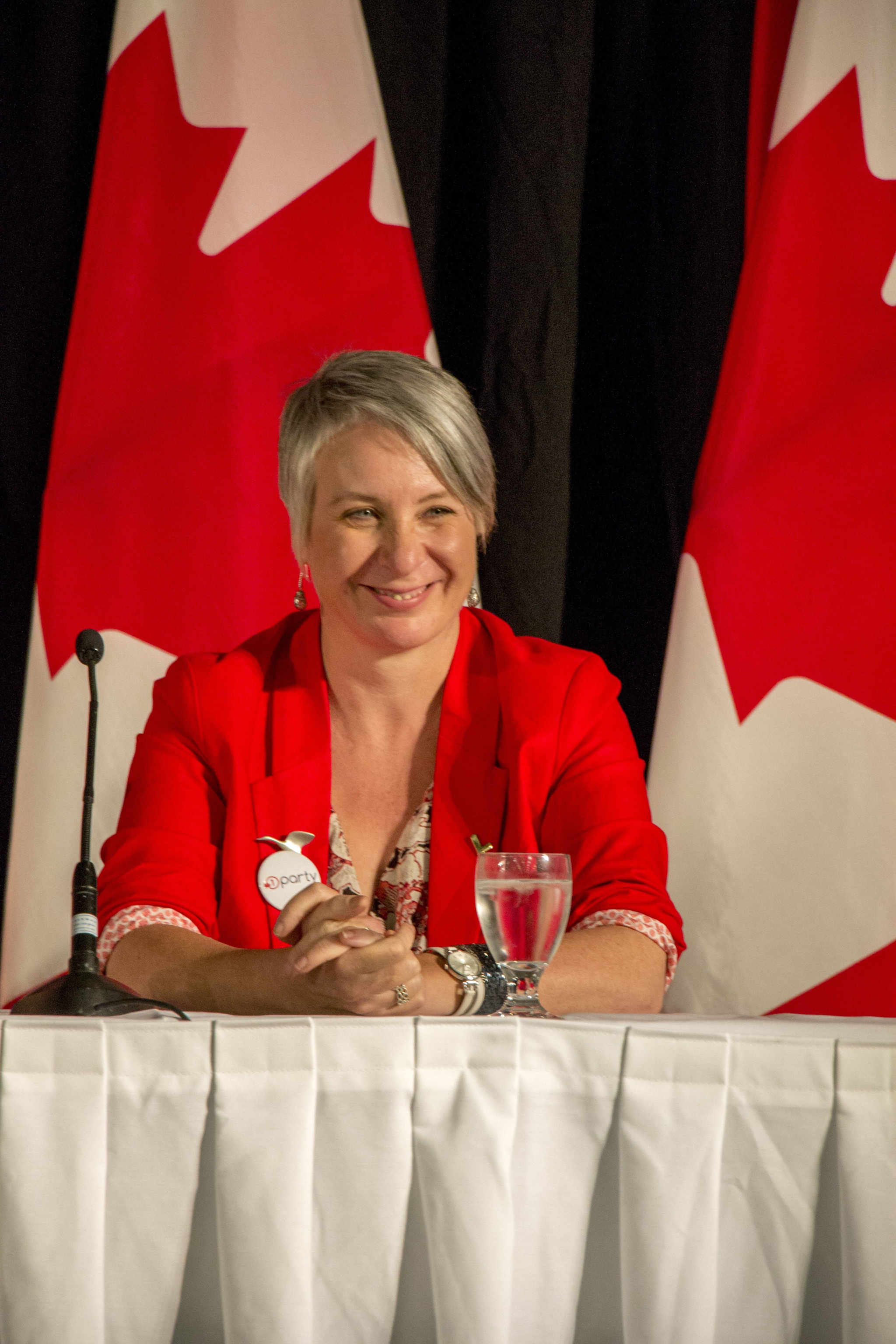 Liberal Employment Minister Patty Hajdu addresses a crowd at a Liberal Party of Canada gathering in Winnipeg on May 27, 2016. File photo by Bea Vongdouangchanh
Previous story
Next story

Canada’s data agency has crunched the numbers: for every dollar a man earns in this country, women earn over a dime less.

Over 36 years, the gap has narrowed by only a dime. In 1981, women earned $0.77 on average for every dollar a man earned. In 2015, men still out-earned women in 44 different occupational groups, the agency said.

“We want to make sure that this is the right way forward, that we support people to get equal pay for work of equal value,” Employment Minister Patty Hajdu told National Observer after the weekly Liberal party caucus on Parliament Hill in Ottawa.

The Trudeau Liberals have said they will table new pay equity legislation by the end of 2018, after a Parliamentary committee last year recommended repealing the Harper government’s law, the Public Service Equitable Compensation Act, and bringing in new “proactive” legislation. Ontario and Quebec have pay equity laws.

Hajdu said the party is taking the time to ensure that the legislation is able to tackle the complexities of implementing pay equity effectively.

“We also [want to] make sure that the process is something that all sizes of employers are going to be able to use,” she said.

“There are going to be additional burdens on employers, and therefore additional delays for women in sectors that maybe are represented by employers that don’t have those resources.”

“We have to continue to strive in this area, and it’s important that we do that,” said Interim Conservative Leader Rona Ambrose, when asked about whether Canada should have a law like Iceland which now requires companies to prove they offer equal pay.

For those with less than a high school diploma, the wage gap was the starkest: women earned only 74 cents for every dollar earned by men in 2015.

Education doesn’t explain the disparity, however: even for those with a university degree above Bachelor’s level, women still earned a dime less, $0.90, in 2015 for every dollar earned by men.

While that fact is true, it doesn’t go far enough to explain the difference, the agency said.

“If the overall occupational distribution of women was equivalent to that of men, women's average wages would be essentially unchanged...it follows that the gender wage ratio would remain the same,” the report reads.

Instead, the gender wage gap, the agency said, “is largely a function of wage inequality between women and men in the same occupations.”

The information is part of a chapter in the agency’s new gender-based statistical report, released today.

How to narrow the gap

A category called “managers and professionals in art, culture, recreation and sport” which includes librarians, archivists communications professionals and others, and another called “middle management occupations in production.”

“Even in traditionally-female occupations like teaching, nursing and other health services, clerical or other administration, and sales and services, the average hourly wages earned by men were greater than those earned by women,” the agency wrote in the report.

But there’s a way to narrow the gap considerably, said StatCan.

Women have a great enough occupational distribution that if they earned the same amount as men within each job, their average wages would increase to the point where they would earn $0.97 to every dollar.

The Liberals also promised in the 2016 fall economic statement that the government would be "publishing a gender-based analysis of budgetary measures." The federal budget is set to be released on March 22.

-- With files from Elizabeth McSheffrey

“There are going to be

“There are going to be additional burdens on employers, and therefore additional delays for women in sectors that maybe are represented by employers that don’t have those resources.”
Why is the self-proclaimed feminist government's plan to wait almost 2 full years before bringing legislation and then expecting women to continue sucking it up for an indeterminate time?? If employers are so poor they can't raise the pay for women, then the pay structures must be reorganized so that the men's wages, starting from the top of the company, are Lowered and women's Increased until they are EQUAL. Those outraged by this suggestion may want to appreciate the irony in that and get an inkling of how women have felt forever. How about a refundable tax credit for women based on employment field increasing with the disparity of pay, retroactive to Y2K (or earlier) that goes right into an RRSP or other investment for retirement. If a woman is working at a university for example, making 35,000/yr or more less than than men, the disparity by retirement is over $1,000,000. Add to that single mothers raising kids with little to no child support, some having to work part-time when kids are young, and the missed chances for advancement. This Is awful for finances lifelong but has huge impacts on retirement savings, pension earnings and is partly to blame for the huge number of retired women living in poverty. Frankly, women have suffered this mysogeny for too long while governments and employers did nothing. I have zero faith in promises made by this government and late 2018 gives corporations/lobbyists/cash-for-access/big donors far too much time to buy a change of direction. Will they really be tabling controversial legislation in the final year, or focusing on what will get them re-elected?