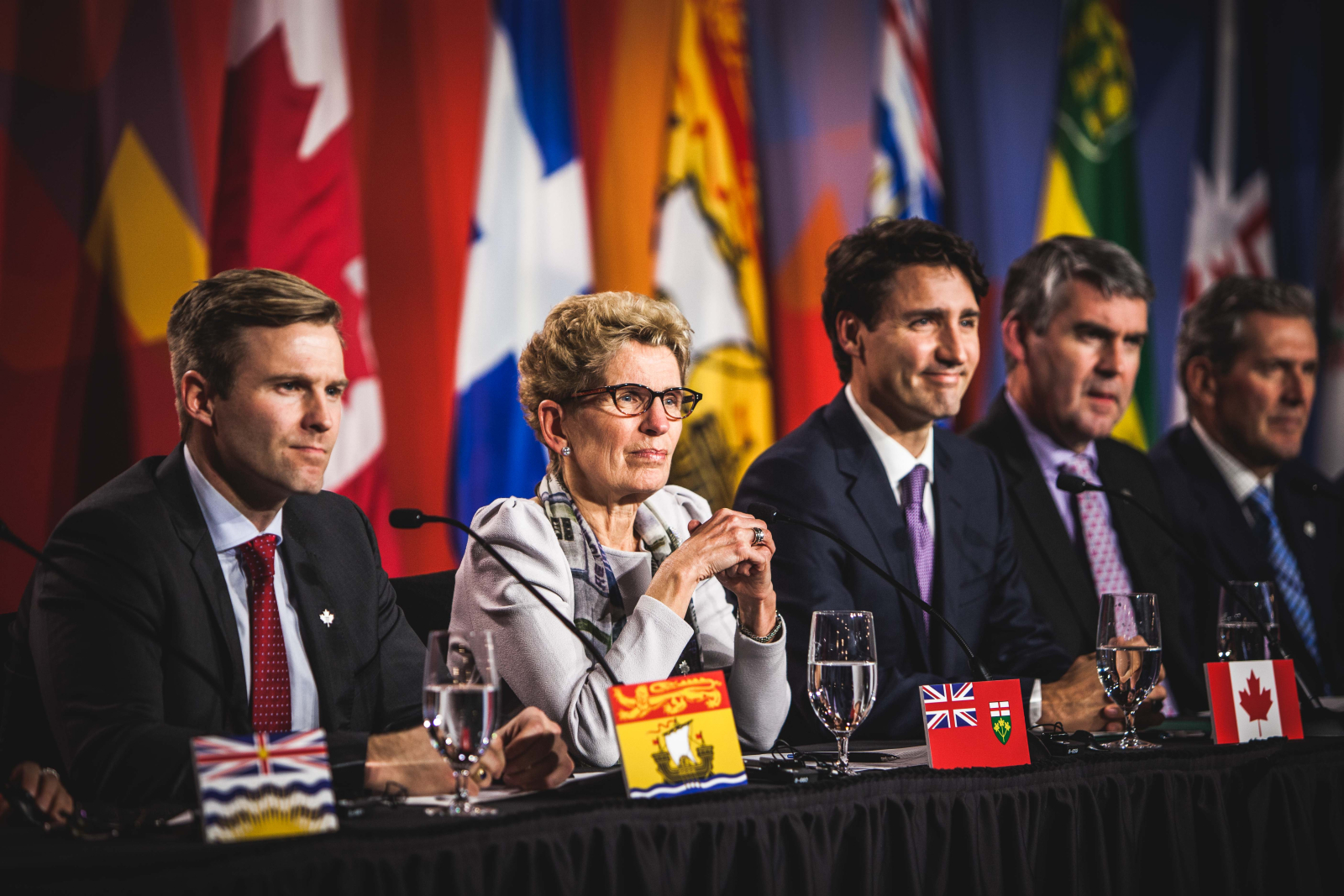 Two Canadian provinces and one territory have already hit a national target for reducing their annual greenhouse gas emissions, 13 years ahead of schedule, according to new federal research.

The analysis, completed by the National Energy Board (NEB), found that Nova Scotia, New Brunswick and the Yukon territory had reduced annual emissions of heat-trapping pollution by at least 30 per cent below 2005 levels.

Canada has committed to reducing its greenhouse gas emissions by 30 per cent below 2005 levels by 2030, or a target of 523 megatonnes of carbon dioxide equivalent (Mt CO2e) under the 2015 Paris Agreement on climate change.

Cutting emissions in a post-Paris world

The international agreement has been legally adopted by 152 countries. It includes a commitment to prevent average global temperatures from warming more than 2 C above pre-industrial levels. Signatory countries have to publish their greenhouse gas reduction targets which should “reflect (the) highest possible ambition.”

In 2015, Canada's total greenhouse gas emissions were equivalent to 722 megatonnes of carbon dioxide, according to recent estimates by Environment and Climate Change Canada. This is a slight decrease from 2005 when annual emissions were 738 megatonnes.

While Nova Scotia and New Brunswick appear to be ahead of the rest of the country, Alberta’s annual emissions grew more than other provinces and territories. Ontario also appeared to be on track to achieve its goals with a 20 per cent decline in GHG emissions between 2005 and 2015.

Nova Scotia, New Brunswick and Ontario made progress by adopting policies that encouraged a transition to greener energies, says the NEB. Coal and oil-fired power energy has been increasingly replaced with renewable energy sources such as wind generation.

The closure of Nova Scotia's Dartmouth refinery, a coal-fired power plant at Grand Lake and the oil-fired plant at Dalhousie in the Maritime provinces contributed to the GHG emission reduction. Similar closures were seen in Ontario where a reduction on reliance on coal drove greenhouse gas emissions down from 31 to 5 MT in 10 years.

The renewable energy regulations passed in 2010 by the Nova Scotia government created an emissions cap for Nova Scotia Power and pushed it to produce more electricity generated from natural gas and renewables. New Brunswick also expanded its use of hydro and wind energy.

Evolving industry trends, especially for the manufacturing sector, have also contributed to the GHG reduction. In Nova Scotia, a decrease in the manufacturing activity drove the electricity demand down by 15 per cent from 2005 to 2015, while the economic downturn in 2009 resulted in declining emissions from Ontario’s heavy industry, said the NEB.

The situation in Alberta, home to the planet's third largest reserves of crude oil after Saudi Arabia and Venezuela, has not improved dramatically, according to the NEB analysis. The oil-rich province's GHG emissions grew for several reasons including a 26 per cent increase in population, compared with a national average of 11 per cent, and more oil and gas production, the NEB said.

Editor's note: This article was updated at 9:55 a.m. on Friday with additional information regarding Yukon and Nunavut.

Ottawa fleshes out how it proposes to measure upstream greenhouse gases