Chef Sam Robertson on how cooks get a raw deal 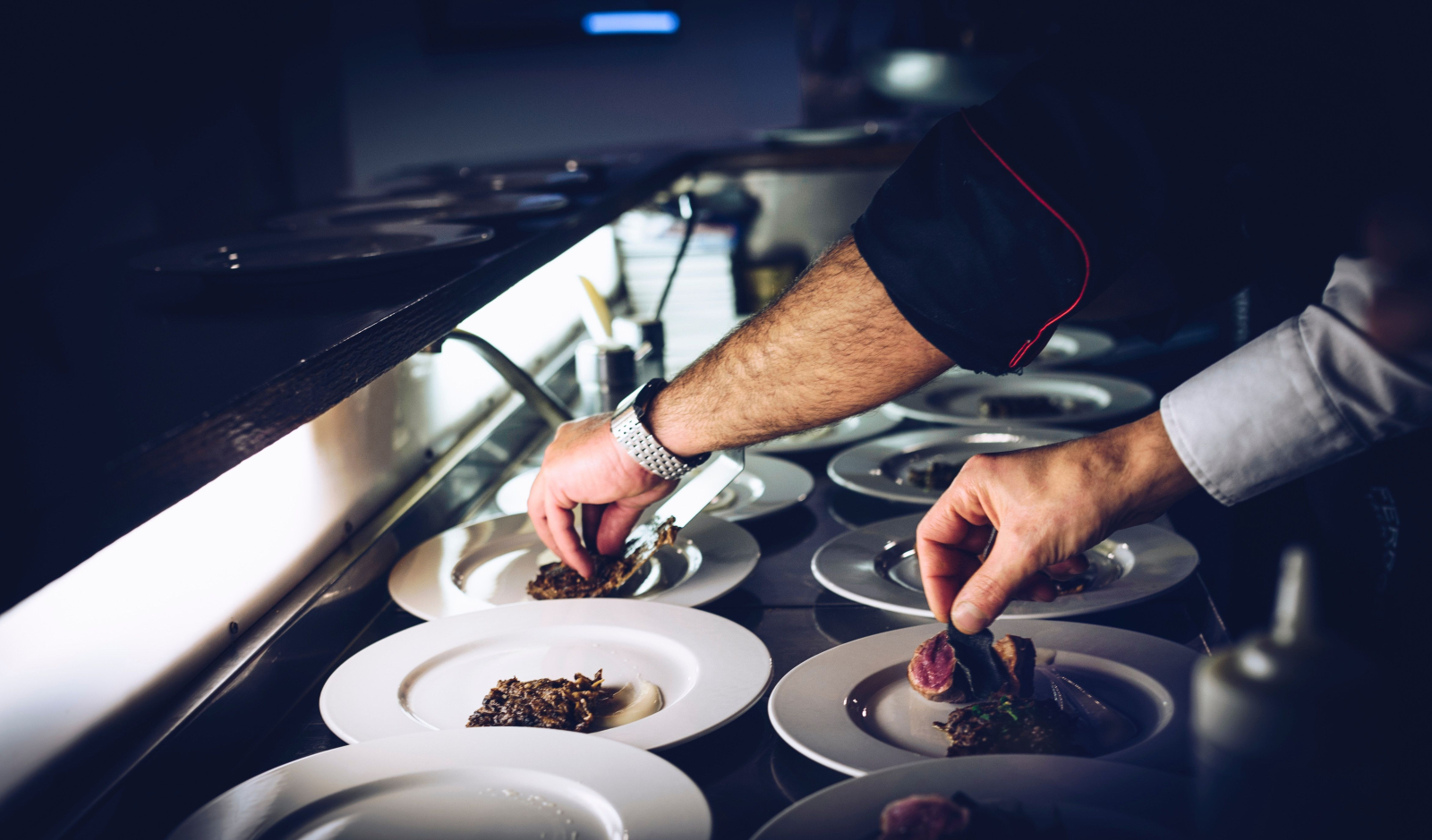 I have been working in kitchens for more than 25 years. I have watched cooking shows become popular among people who have ‘no interest’ in cooking for themselves. I have seen cooking schools rise from small enterprises to factory scale. Cooks have gone from outcasts to celebrities and beyond.

One thing that has not changed is the relatively poor rate of pay for cooks and people who work in kitchens.

According to Payscale.com the average salary for a head chef position in Canada is $16.53 an hour. A head chef is often the person who oversees the kitchen a team of cooks. They often keep track of the inventory and ordering, menu planning, scheduling, menu design and help cook the food as well. You may be thinking ‘they get tips,’ which is occasionally true, although I have worked at many places where that was not so. And Payscale.com reports that tips for cooks can be so small that the top chef might fetch, with tips, less than $20/hour for all their training and hard work.

To add insult to this injury, servers who often have less training, make more money. According to a study out of the University of Guelph last year, servers are making about $28/hour whereas their cook counterparts are making $13 or $14 dollars an hour on average. I’ve never really understood why this has happened. Many cooks are in the industry because of their love of food and have trained for years, accumulated equipment, purchased cookbooks and even worked for free (it’s called ‘staging’) to improve. This deserves acknowledgement and reward.

One challenge among professional cooks is what to do as we develop in our careers. Often a cook emerges fresh from school full of passion, ideas and occasionally themselves. As they move along in their career a decision is often required – passion or family. If the decision is to pursue passion, long, irregular hours are required. It’s often said that people in the hospitality industry work when everyone else is having fun. Working nights, weekends and holidays are a given, more often than not.

Prices at a restaurant usually include about a third for the food, a third for labour and the remainder for other costs. Some restaurants often aren’t as profitable as one might think. A $20 burger doesn’t seem so far-fetched when you break it down that way. A place must sell two burgers just to pay for one person at $12 an hour.

I argue that there are three main aspects to a menu. The first is quality - as in not overly processed, healthy and prepared by a skilled cook. The second is speed - how fast it arrives on your plate. Last is cost - how much your bill is. It’s not possible to have all three to the degree the average person would like. If you think a place is meeting two of these, they are unlikely to achieve the third. Think about it. If you have a meal that uses local ingredients and is properly seasoned and it comes to your table within 15 minutes of being ordered you probably must pay more than average. If you have a cheap burger that you grab from a take-out window in five minutes you most likely aren’t doing your waist line and possibly your taste buds any good.

I have been out for a good meal that is super delicious and was surprised at the menu price, but then it took forever; that’s because they probably don’t have the labour in the back to prepare the food fast. But low labour costs reduces customer costs.

Thankfully some restaurants and managers are trying to balance things out by splitting tips differently, offering benefits rarely seen in the industry, and getting creative with scheduling. These new systems make sure that the cooks putting forward more than the minimum get more than minimum wage.

Chef Sam Robertson: How to eat locally during the winter

Interesting, but, sadly, not

Interesting, but, sadly, not all that surprising. I wish we followed the Australian/European (most places, anyway) that pay a reasonable wage and don't have tipping.
The alternative, though, is default sharing of all tips with all staff. Seems obvious.

Most professional chefs are

Most professional chefs are probably still male which makes it odd because it bucks the pay imbalance between men and women. Is it because they are out of sight and mind? Is it because male customers(the majority of the payers) think of cooking as women's work even when done by a man and unworthy of respect or proper remuneration?. Think of all those home cooked meals in the history of the world which have been rewarded with nothing better than abuse!. Cooks need a professioinal organization that will fight for fair wages. Damn the torpedos - full speed ahead!