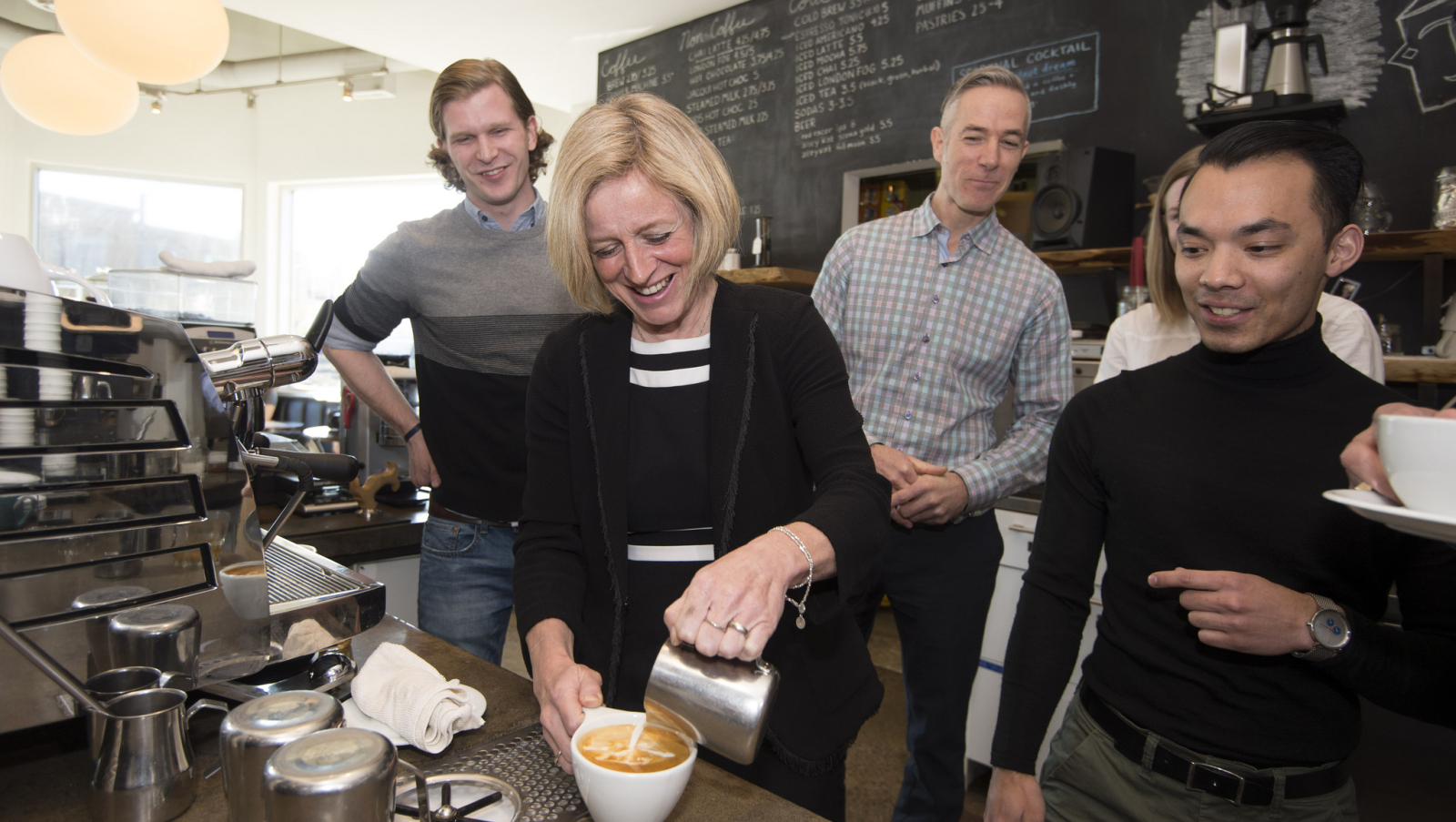 Raising the minimum wage to $15 an hour was a key plank in the Alberta New Democratic Party’s 2015 election platform. At the time, Alberta was tied for the lowest minimum wage in Canada ($10.20 per hour) and had the dubious distinction of having the highest level of income inequality and the largest gender income gap.

With staged, pre-announced annual increases in 2015-2018, the NDP government increased Alberta’s minimum wage to $15 an hour — the highest in the country — as of October 1, 2018. Adjusting for inflation, this is about a 40 per cent increase over a 36-month period.

Any proposal to increase the minimum wage by any amount in any province seems to be met with dire warnings of big job losses and impending economic doom. In Alberta, the government’s actions have generated considerable public debate, some bold predictions, and the proliferation of myths of who makes minimum wage and whether minimum wage hikes correlate with employment effects (i.e. job losses or gains).

Earlier this week in a speech to restaurant owners, Alberta’s Opposition leader Jason Kenney said, “The truth is the NDP raising wages during the middle of a recession, including on teenagers in entry level positions, was a massive job killer.”

History, however, doesn’t back up the critics’ sky-is-falling claims. Let’s focus on the economic sector that critics point to — Alberta’s accommodation and food service sector.

"All in all, minimum-wage hikes don’t hurt our economy, they help more working Albertans share in the province’s prosperity."

The main reason doom-and-gloom predictions fail to materialize is because critics assume employment effects for teenagers also apply to workers over age 20. In reality, minimum wage increases tend to result in a small percentage of teens losing their jobs, while losses for adult workers are effectively zero. This is because the vast majority of minimum wage workers are necessary to businesses, and if employers must cut, they lay off their least experienced employees.

But roughly 75 per cent of Albertans making less than $15 an hour are not teenagers. In fact, 40 per cent are parents, and over 14,000 are single parents.

Critics, including Mr. Kenney, also claim that workers would rather have a lower wage if that means they can maintain the number of hours per week that they work. The assumption in this critique is that raising the minimum wage leads to significant reductions in work hours.

History, again, doesn’t back up this claim.

So, Alberta’s significant minimum wage hike in recent years has not led to massive job losses or reduced work hours.

There are, in fact, many benefits to raising the minimum wage. It stimulates the local economy, because low-income earners spend most of their income, and chiefly in their community. Overall consumer spending power rises, as does the amount of money circulating in our economy. Meanwhile, a $15 minimum wage significantly boosts the income of low-wage workers as a group and slows down widening income inequality, especially as 63 per cent of Alberta low-wage workers are women.

Some claim Alberta’s economy, especially the hospitality sector, is too weak right now to support higher wages. But in August 2018, ATB Financial reported that Alberta “consumers are spending money at near record levels.” Higher minimum wages can even save taxpayers money. People on low incomes rely more on social services. As Finance Minister Joe Ceci has said, “There is almost a kind of subsidy going to private businesses through the charitable sector to keep people whole.”

All in all, minimum-wage hikes don’t hurt our economy, they help more working Albertans share in the province’s prosperity.

The Alberta NDP promises are

The Alberta NDP promises are paying off yet the opposition would have us believe otherwise.

Are we not suppsoed to believe our own eyes?