Christians 'give it up for the Earth' during Lent 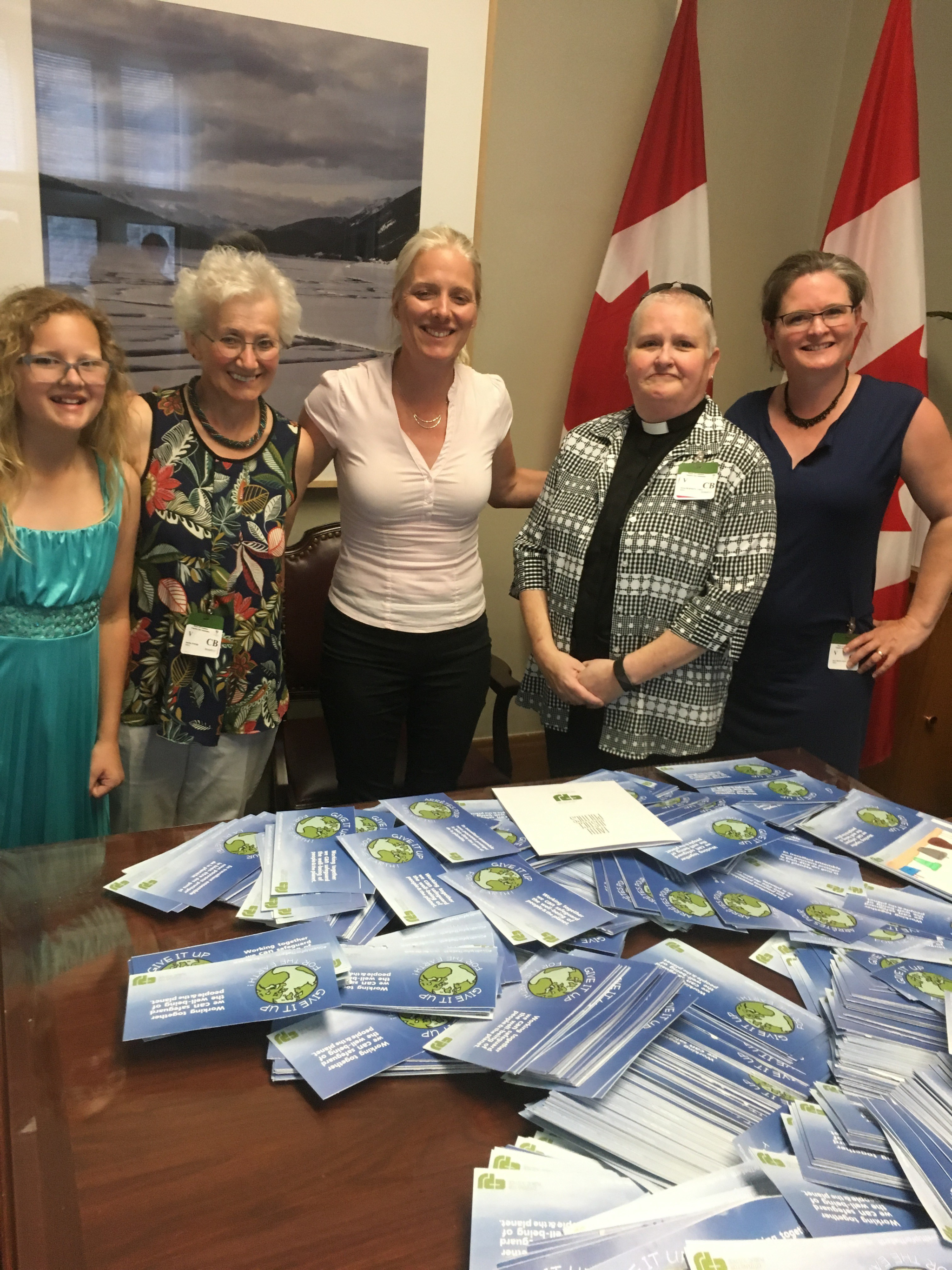 Known for their justice activism for over 50 years, Citizens for Public Justice (CPJ) has a faith-in-action campaign to increase climate justice in Canada. Now in its third year, Give it Up for the Earth! is centred on a pledge to individual climate action, and a call for more far-reaching national climate policy. Christians across Canada collect postcards and signatures as a demonstration of support for increased federal government action.

In the Christian season of Lent, “people give up coffee, candy, but there’s not a whole lot of depth to that. This campaign offers a deeper level,” CPJ’s Senior Policy Analyst, Karri Venn-Munn says. “This year's campaign challenges the Federal government’s continued financing of the fossil fuel sector, which is inconsistent with the Paris goals.” The Paris climate agreement is the 2015 landmark international accord aimed at combating climate change.

Speaking about the recent federal budget, Karri remarks that there seems to be an effort to hold on to what the government has already put in place so far: “they see real risk in losing the steps forward that have been made, and it seems to me, that this concern gets in the way of doing more and of communicating what has been done so far.”

That’s why, this year, the cards will be going to Prime Minister Trudeau. The ask is that Trudeau empowers Environment and Climate Change Minister Catherine McKenna who is taking up the personal part of the campaign herself because, “we need to do more to respond to the urgency of the situation from a policy perspective. A lot of people are worried.”

Karri is pleased with the campaign reach and response to date: At the time of this writing, over 150 organizers in different communities in every province and the Yukon are on board. Participants include a range of people: church folks heading up the green team, social justice activists, reverends, ministers, priests, clergy from different denominations interested in taking it forward. Interestingly, Karri reports that the vast majority are women leaders.

CPJ is also working with the Canadian Council of Churches and KAIROS on an Earth Day/Easter Monday video featuring church leaders speaking on their concern about climate change and the need for action.

Karri says that while many faith communities are still more focused on making smaller changes, “What we are looking for is broader structural change, influenced by climate science, that respects the Paris commitments and temperature goals themselves, to make sure that we don’t continue to contribute to the damage.”

When I ask why many faith leaders have been slow to speak out on climate, Karri responds that some have been quite vocal on the issue. In Canada, United Church leaders come to mind. And, of course, Pope Francis. Still, there are some that find climate change overwhelming and it may be "easier to simply check out."

As well, Karri suggests that there has been the idea that faith communities are not meant to engage in politics. She speaks to what she sees as a desire for cohesion, and not wanting to rock the boat, that she has come across in many Christian communities: “People are concerned about getting along.” As an ecumenical organization that works with Christians, Karri notes that unfortunately, caring for creation is not a universally held Christian perspective, despite the clear biblical mandate to do so.

Still, Karri believes that there are many perspectives and points of entry into climate action. She points to the example of St. Paul’s U.C. in Edmonton where a project to outfit the church with solar panels got some people involved as a community building exercise, others because of fiscal responsibility, and some because of climate concerns. Her point is that small actions have power. Karri refers me to the work of Calgary’s Rev. Dr. Mishka Lysack, who explains how individual and local actions, while they may seem small, are most valuable in psychologically preparing people for broader changes: “for example, encouraging people to drive less smooths the way the public might view public transit ... there is less push back, as an understanding of the importance of affordable transportation becomes part of public acceptance.”

Ultimately, for Karri, “climate change is really the moral issue or our time.” And while there are a lot of important issues, failing to slow down climate change will mean that the landscape will shift dramatically: “poverty, refugee crises, food insecurity: climate change has an impact on all these issues.”

Deferring to evangelical and climate scientist, Katharine Hayhoe’s analogy to climate change as “the hole in the bottom of the bucket that undermines the other issues,” and pairing this with the biblical mandate to care for creation, Karri concludes that, “Christians have the responsibility to act. It’s not okay to say anymore that it's not our problem.”

Editor's note: This article is republished from the series Protecting a Life-Supporting Climate: A Call to Faith Leaders. In this series of articles, Faith & the Common Good looks at perspectives on the intersection of climate breakdown, faith and moral duty, and examines the role of religious leaders in advancing climate protection. Author Beatrice Ekoko speaks with faith leaders, climate experts and influencers to get a better understanding of what action should be taken, or is being done in this respect.