'An historic abuse of power': Notley decries UCP government firing of an official who's investigating the party 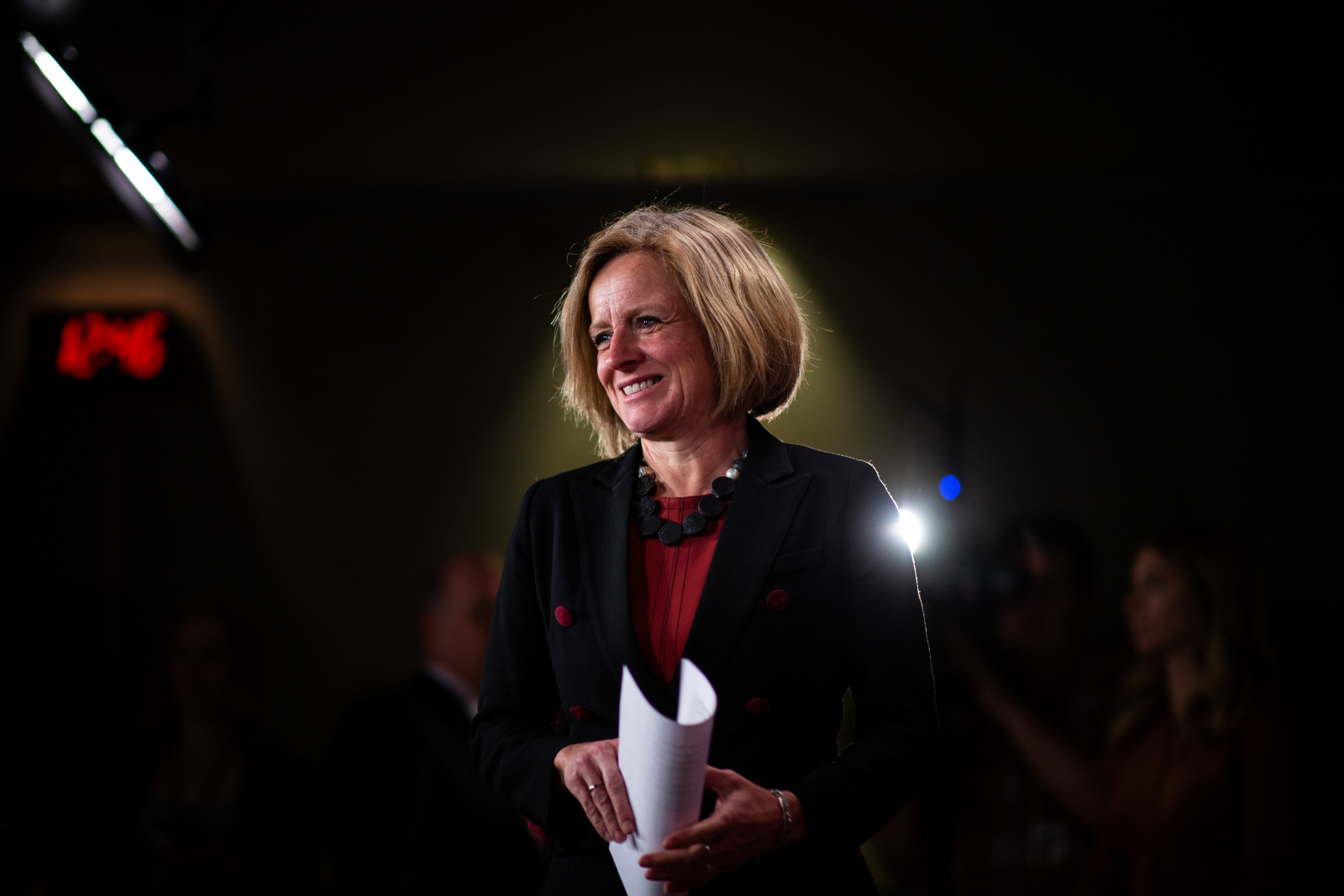 Kenney won the race and is now premier.

So far this year, he has ordered UCP-affiliated organizers to pay over $200,000 in fines related to his investigation of the allegations. Callaway has been ordered personally to pay $70,000 in fines.

Callaway has challenged Gibson's claims in court, arguing the commissioner “incorrectly” and “unreasonably” used his office.

“I am very shocked. I think today we saw Jason Kenney engage in an historic abuse of power in Alberta, one that is corrupt,” she said, in an interview. “He has interfered with what should be an independent investigation, what has been an unprecedented investigation into UCP operatives who broke the law.”

Notley added that she believes Kenney’s government fired Gibson as punishment for the work he has done investigating the UCP.

“I am particularly troubled about the police and prosecutors who are involved in investigations into criminal behaviour of UCP operatives,” she said. “I think there’s a lot to hide and people should ask what [Premier Kenney is] trying to hide."

Under the government's proposed changes, the Office of the Election Commissioner, currently consisting of five staff, will be merged with the Office of the Chief Electoral Officer. It will be up to that office to decide whether to continue with any ongoing investigations it inherits from the election commissioner.

The announcement was made alongside several other changes to provincial boards and agencies, as part of Bill 22, the Reform of Agencies, Boards and Commissions and Government Enterprises Act.

"Our government promised Albertans we would live within our means," said Travis Toews, Alberta's Minister of Finance and Treasury Board President, in a statement. "Bill 22 ensures publicly owned enterprises and agencies, boards and commissions provide the best value to the taxpayer and deliver the results Albertans expect.”

At a press briefing, Toews stressed the merger of the elections offices was for cost savings purposes, and will save $1 million over five years.

Once the bill becomes law, Gibson's contract, which was set to run to 2023, will be terminated. The legislation will almost certainly pass with the backing of the UCP, which holds a majority in the legislature.

The Office of the Election Commissioner was created as an independent, non-partisan entity to enforce election fundraising and advertising laws. The NDP government of the time also emphasized the new office was designed to root out"dark money," or election campaign contributions whose source is kept from public disclosure.

Notley said her government created the office because, after it banned corporate and union donations in 2015, they realized there needed to be legislation set up to track third parties.

“We determined there was a complicated set of electoral rules and we needed people with investigative expertise and a clear understanding of the legislation in order to enforce it” she said. “We found the Chief Electoral Officer was struggling to keep up with concerns… It was part and parcel of keeping money out of politics.”

According to the commissioner's first annual report, his office doled out over $72,000 in penalties for the period from July 2018 to March 31, 2019 — the period does not include fines made in relation to Callaway’s UCP leadership campaign.

During that time, the office received a total of 451 complaints and found 73 worthy of investigation, which resulted in 31 monetary penalities, 10 letters of reprimand and three caution letters.

The office was given a budget $1.32 million, though only spent $883,000, however, it was only operational for nine months out of its first fiscal year.

Gibson's appointment was not without controversy. Formerly the province's chief electoral officer from 2006 to 2009, he was relieved of his duties after frequently clashing with the former Progressive Conservative government and making 180 recommendations for electoral reform.

The UCP objected to Gibson's appointment, citing his past with previous governments.

Gibson has also been criticized during his current term for failing to release adequate information about his decisions or investigations.

"My role is to be a decision maker," he told CBC News in January. "There are all kinds of factors that go into how I make decisions and I don't think I need to explain to you."

Editor's note: This story was updated at 10 p.m. ET to correct spelling errors.

'Twas ever thus. The first

'Twas ever thus. The first task of power hungry, insecure, would-be dictators is to "disappear" their opponents, literally or figuratively. Early Chinese emperors obliterated as much of their predecessors presence as possible, burning records, executing former officials, totally re-organizing social structures. Of course they are still doing exactly those same things and it is the one essential principle in every politician's/dictator's operations manual. Bury the evidence, disappear the investigators. The nakedness of Kenny's motivations and the brazennes of his un-filtered actions is just a business-as-usual operation he performs without any expectation of reprisal, either legally or at the polls.
Somewhere ordinary people have lost their revulsion at criminality and can no longer distinguish or care about wrong doing.

The accumulating sins of humanity are bound to result in our extinction.

You can hide a multitude of

You can hide a multitude of sins under a cloak of "living within our means." To assert fiscal responsibility while kneecapping your critics is a bit rich, so to speak.

It seems quite clear Kenney

It seems quite clear Kenney and his Party are officially Pro-Corruption. "Saving money" to encourage or hide corruption is a very false economy, and will clearly lead Alberta toward many costly abuses. It also depends on the gullibility and collaboration of vested interest groups, placing their own narrow interests above that of justice, democracy, and integrity in public office and in society. Kenney is working to emulate the corruption we decry in the US, where Trump's handmaidens in the Republican party are busy denouncing military heroes, lifelong ambassadors and public servants, and anyone with the temerity to speak truth in the face of completely craven and corrupt power. Kenney clearly values his own hide above the skin that everyone else has in the game, in Alberta. Not surprising from someone who values profits over lives and futures of young Albertans, perhaps, in regard to his wilful ignorance of the climate crisis.

You really have to wonder

You really have to wonder about why people like Kenney want to win and be in power. What is rewarding about dismantling progressive and verification institutions and making the province or country into a fiefdom. How do you sleep at night with that kind of destructive attitude, knowing that you are crippling young people. What possible ideals are at display here?