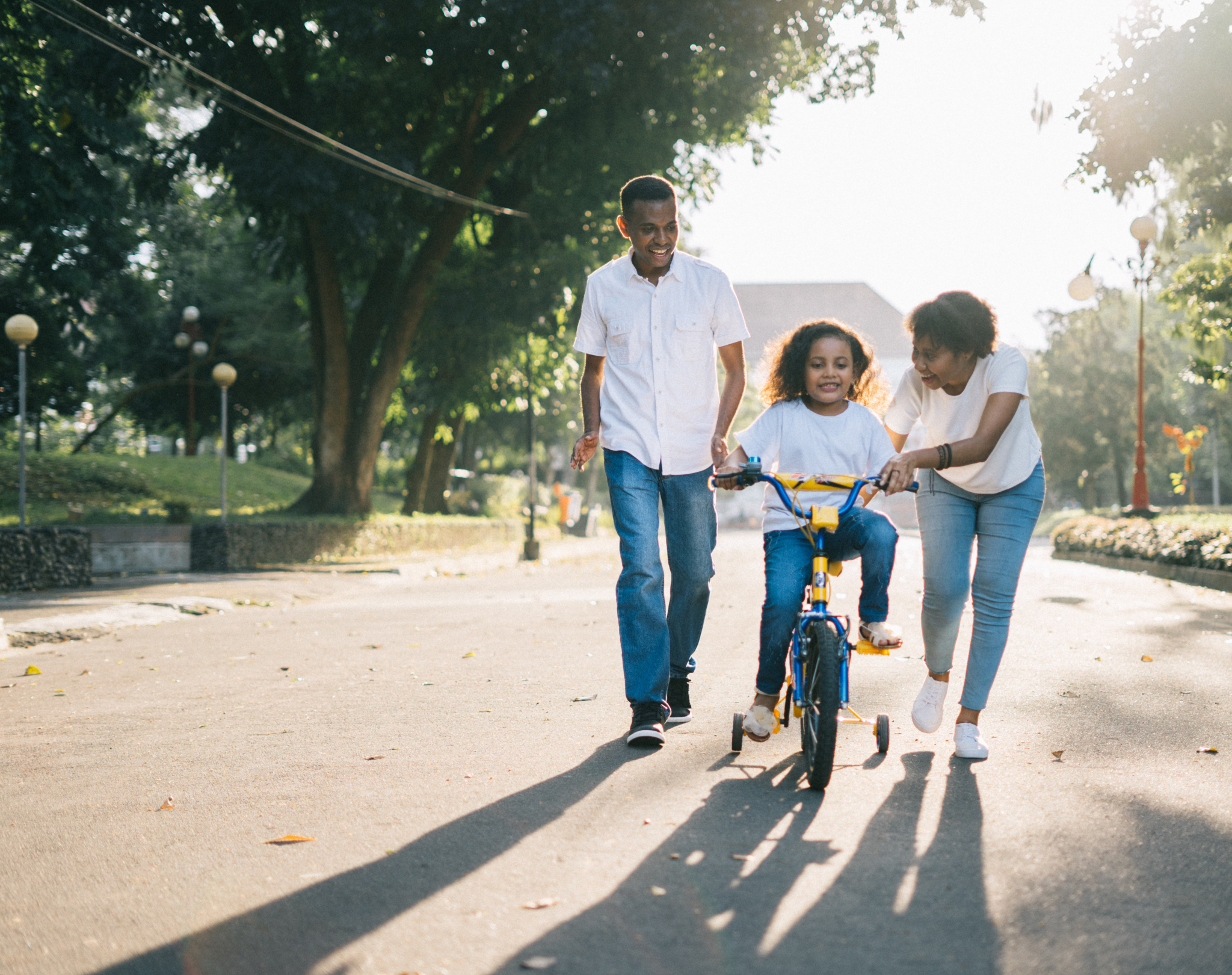 Fifteen years ago a national survey named Tommy Douglas, the father of universal, single-payer healthcare in Canada, the greatest Canadian of all time. Today, we Canadians continue to hold up our high-quality, publicly funded healthcare system as a point of national pride.

Among other ethical priorities, our system values the principle of non-maleficence, or avoiding needless harm. Physicians order tests even when the chances are slim that they might diagnose a dangerous disease, because one missed cancer in one hundred is too many. Prescription medications are similarly vetted. Researched extensively in laboratory and animal models, they must pass three phases of human trials before going to market. 9.3 per cent of prescription medications are subsequently withdrawn during a minimum two-year surveillance period, when dangerous side effects become evident during wider population use. In fact, after $2.1 billion of sales, the diabetes medication troglitazone was pulled from the market in 2000 when it was linked to 63 liver-failure deaths.

In other words, our healthcare system is designed to be rigorous and evidence-based. When it becomes apparent that a drug or intervention may be harmful, we have historically prioritized human health over billions of dollars of profits for corporations.

It’s time Canadians cared for our climate the same way we care for our health.

Prior to and during the recent election, the Government of Canada repeatedly emphasized that climate change is a serious public health issue. Thousands of hospital visits and deaths each year are linked to climate-change-driven phenomena like air pollution and heat waves. Scientists estimate that over half of global temperature rise can be attributed to fossil-fuel use. Indeed, if oil were a prescription drug it would be taken off the market immediately. And yet, our Prime Minister recently said, “No country would find 173 billion barrels of oil in the ground and leave them there.” Now we may be more dependent on fossil fuels than we were on troglitazone, but this does not justify our lackluster response to the climate emergency.

So why has it been so challenging for us to take decisive action on climate change to date?

For one, the human mind is ill-equipped to think ahead to future environmental challenges. In January 2018, mudflows in Southern California triggered by erosion from wildfire-induced deforestation killed 23 people. Though Santa Barbara County was aware of the risk, since these events occur only every few decades little had been done to prevent them. Similarly, over 100,000 people were displaced during the 2013 southern Alberta floods, which overwhelmed the province due to inadequate preparation for extreme weather conditions.

Second, human nature can make us poor stewards. This tendency is famously depicted by the economic theory the “Tragedy of the Commons,” which notes that humans, when given unrestricted access to a shared resource, will overexploit it out of self-interest. This was exemplified by the real-life collapse of the Canadian Newfoundland cod fishery in 1992, or the ongoing deforestation of the Amazon rainforest for cattle farming.

Third, human impacts on the environment can be complex and unpredictable. For example, when the Cane Toad was introduced to Australia in 1935 to control sugar-cane beetles, a massive, unexpected decline in biodiversity followed. And you don’t need to be a Cane Toad specialist to understand that the environment can be similarly unpredictable—hail on a summer day in the Canadian Plains when the weather forecast is for sunshine provides ample evidence.

Anthropogenic climate change finds all three of these factors at play. Global warming, a disaster occurring in slow motion, is occurring on a timescale that confounds our ability to perceive and prepare for it. Our atmosphere is a shared resource that we are polluting out of individual and corporate self-interest. Unpredictable environmental effects, like the increased frequency of powerful hurricanes, record-breaking wildfires in the Pacific Northwest, as well as downstream effects of increased carbon emissions like ocean acidification, are devastating terrestrial and marine life. Climate change is already resulting in environmental challenges that our current system of slow change is not equipped to handle.

Meanwhile, much of the population is numbed by doubt. In the 1950s, tobacco companies did a valiant job of protecting their profits by casting doubt on the science behind the health risks of smoking. Smoking has since been deemed the number-one preventable cause of death in America, responsible for approximately 500,000 deaths per year in the US. Fossil-fuel companies have cast similar doubt around the science of climate change to promote inaction. During the election period, the leader of the People’s Party of Canada declared that “while the climate may be changing, this is not primarily due to human activity.” Only 35 per cent of Conservative voters believe that climate change exists, and is caused by emissions from vehicles and industry. Will we continue to take only incremental steps and doubt science until climate change becomes the number-one preventable cause of death in Canada?

Healthcare and climate change were consistently noted as top priorities for all political parties in Canada during the election. Yet human-made climate change, a habit-formed drug, is already causing more deaths than we would accept in our regulated healthcare system. Even if at current emissions trajectories climate disaster were ten times less likely to occur than experts project, this would still translate to an unacceptable level of risk. Treating the climate like our health thus means taking every step possible towards a carbon-neutral economy, even if fossil-fuel industry profits suffer.

Public health policy has long shown that one of the most cost-effective paths to better health starts with preventative measures at home. If we want to minimize societal harm, it is imperative that all parties in our new minority government work together to maintain the health of our planet, our collective home. It’s time that we recognize climate change as the greatest threat to human health of the twenty-first century and prioritize it accordingly—because our health, and our very survival, depend on it.

The high limits of consumption in developed countries is the greatest contributor to climate change. All production, therefore all consumption, requires varying rates of energy input. One answer might therefore be to discourage excessive consumption of energy by increasing the cost of energy by making it the principal tax base. Instead of taxing individuals for the work they do for others, tax the energy they consume. Workers have no control over the amount of tax on their income. If we raised all taxes based on the amount of energy consumed, individuals could control the amount of their taxes by their consumption choices. Energy could be the principal tax base but coupled with other socially desirable taxes to support our demands on Government..

Superb analysis. And we are

Superb analysis. And we are paralyzed because we lack this deep understanding. It seems that we form habits very quickly, we get used to only doing things THIS way and then when asked to veer, we can't. So, apart from needing deep understanding, we also need to practice flexibility. Respect is next on the list. So many have now become city-dwellers, head down into screens or daily life and work and nowhere looking up to see the living planet for what it is - and is losing. We've been looking for Utopia and will only find Apocalypse.

Too true, however there is, I

Too true, however there is, I hope for my grandchildren, still a closing window of time,(10 years has been suggested) in which our species can put off the Apocalypse. The path to some success is being staked with Science findings now increasingly reported in both the science and popular media. Effective action by the political classes to rescue the Biosphere, our only life giving and supporting system, depends on somehow getting them to realize it is in their own self interest. One thing I do daily is to send missiles to my elected representatives. Also ask them to give me the reasons for not acting in their own long term interests, as well as that of their constituents. I can't believe they are not unaware of the burgeoning evidence that our so called advanced civilization is overwhelming the capacity of our finite planet Earth to sustain life as we know it. Other species are helpless to protect themselves. H. Sapiens alone have that capacity, me thinks, will we use it??