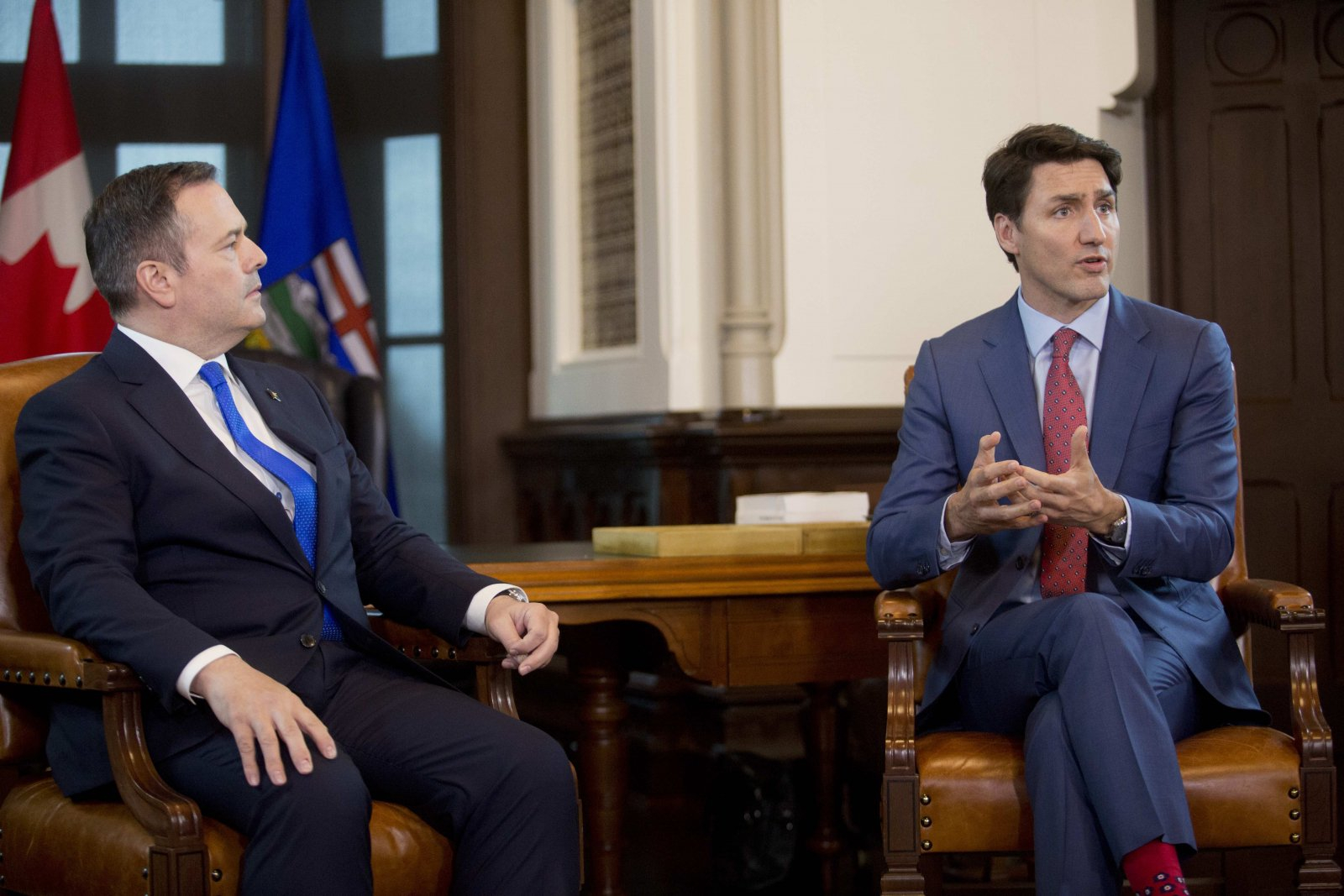 In a recent speech at an oil industry conference, Alberta Premier Jason Kenney trafficked, as he often does, in climate inaccuracy. In itself, that’s not remarkable. The sun also rose and set that day.

What’s worth digging into is how Kenney revealed — perhaps accidentally — the real intent driving conservative thinking on climate policy in Canada right now. That intent is not to reduce greenhouse gases (except as a byproduct), but rather to preserve as much of the conventional energy industry’s status quo as possible for as long ago as possible. The language, policies and targets shift around; this baseline goal never does.

Let’s begin with the inaccurate statement itself. Kenney was singing the praises of new liquified natural gas (LNG) development as a climate-change-fighting tool, calling it “the single biggest thing that we could do to reduce global greenhouse gas emissions.” He repeated the line a few days later on Twitter: “The single biggest action Canada can take to reduce global emissions is to expand and ship Canadian Liquefied Natural Gas to the world, especially in Asia to replace higher-emitting coal-fired power.”

Now, the glaring problem here is the phrase “single biggest action.” It begins from a much meeker truth: Replacing coal with natural gas for electricity generation does indeed reduce overall emissions — the International Energy Agency estimates that on average this fuel swap reduces a power plant’s emissions by about 50 per cent. Not too shabby. This is why using natural gas instead of coal is a significant part of the previous Alberta government’s climate plan, one of the few pieces of said plan Kenney’s government has not yet dismantled. You can even extrapolate from this and make the reasonable claim that exporting LNG to replace coal-fired power in Asia would have a similar impact if it were sent to a country engaged in a similar fuel swap.

But does replacing one fossil fuel for another in electricity generation represent the “single biggest action Canada can take”? Well, let’s see. In Alberta, some of that coal-fired power is being replaced by renewable power, which — hold on, let me just double-check my math here — yes, eliminates 100 per cent of the emissions. A larger number than 50 per cent. Twice as large. Obviously a much bigger action.

Perhaps the greatest inaccuracy here is that Jason Kenney supports LNG exports because they are good for the planet. And here is where we begin to see signs of the larger dishonesty at the core of not just Kenney’s climate plans but those of the federal Conservatives.

When Jason Kenney first started touting natural gas as a “real, practical solution to reducing greenhouse gas emissions” back in October, he did so at the launch of a pipeline that delivers natural gas to two power plants west of Edmonton that are being converted from coal. Three years earlier, when he was running for the PC Party leadership that would vault him into a position to unite Alberta’s right, he appeared just a few kilometres away, at another coal-fired power plant, standing in front of his campaign-trail-prop pickup truck in the cold. Back then, Kenney celebrated “inexpensive, reliable and environmentally efficient clean coal technology” and railed against the NDP’s plan to phase it out in favour of natural gas and renewables. “It will do nothing in terms of global greenhouse gas emissions,” he said. “It makes no sense.”

From “nothing” to the single biggest action the whole country could possibly take on climate is a pretty substantial shift in thinking. What changed? Well, among other things, Jason Kenney’s cousins in the federal CPC found themselves in an election campaign in which they desperately needed to string up some thin façade of a climate plan. Carbon pricing was obviously out, so Andrew Scheer and his crew started talking up the need to fight climate change “in a global context.” They filled their climate plan brochure with talk of “global emissions reduction” and “exporting emissions-reducing technologies.” And they remained vague on exactly what kinds of technologies they meant, though LNG was certainly in the mix.

Kenney has now provided the definitive answer. Lavish support for LNG with the promise that it can reduce coal use in places like China is the cornerstone of the Canadian right’s climate plan. Kenney just took it for a test drive around Alberta. Expect to see it roll out nationwide as soon as the new federal government looks wobbly.

Isn't that the same game as

Isn't that the same game as "helping the First Nations become self-sustaining" By borrowing their climate credits?
Now he's wanting to take credit for China's improvements?
Maybe Kenney should let China look after its own carbon budget, and begin himself to deal with Alberta's own overdrawn account.

Somehow Chris Turner forgot to mention methane. Natural gas is primarily comprised of methane which, according to the IPCC, in the first two decades after the methane is released is 84 times more powerful than carbon dioxide at destabilizing the climate. Let's start being honest about natural gas - it is indeed industry spin, but let's not let them get away with it. Our future depends on it.

I second Jillian's comment about the GHG intensity of natural gas not fully accounting for the fugitive methane emissions which could significantly increase the carbon intensity of LNG - we need to be more certain about it being a cleaner fuel before we trot it out as a clean alternative to coal.

So, while I am loathe to agree with Jason Kenny on anything, and I certainly do not think that Canada should get credit for the reductions, he does have a point. I also fully acknowledge that it would be much better if China just skipped the natural gas and went right to 100% renewable, but I am not sure if that's realistic.

I think it is important to the credibility of the climate movement to be clear-eyed about these things.