Wexit and climate pollution: a tale of two Canadas

By Barry Saxifrage in Analysis | November 27th 2019
#1155 of 1260 articles from the Special Report: Race Against Climate Change 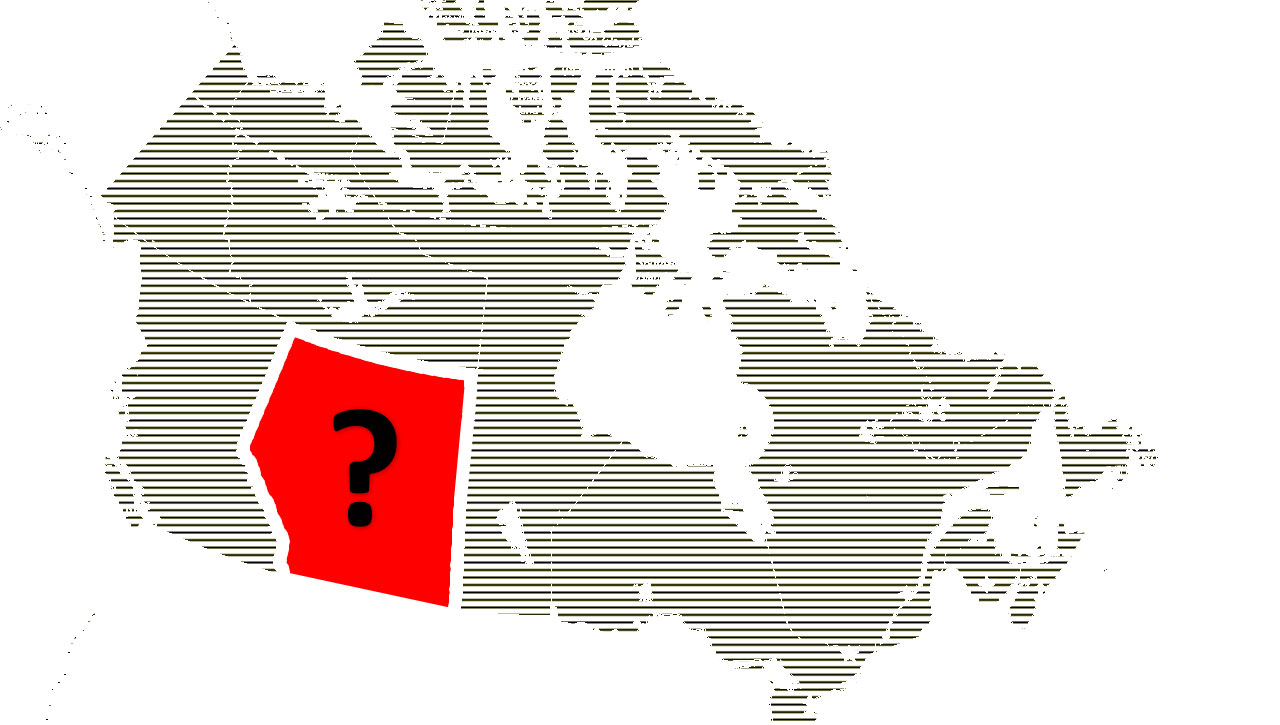 There are already two Canadas when it comes to climate pollution, and they've been heading in opposite directions for years. A successful "Wexit" would split them into two separate countries:

As you can probably guess, the dirtier of the two are the provinces of Alberta and Saskatchewan. They are home to 15 per cent of Canadians.

As my first chart shows, they currently emit more than 50 tonnes of climate pollution (tCO2) per capita.

On the other side is the rest of Canada: Ontario, Quebec, British Columbia, Manitoba, Nova Scotia, New Brunswick, Newfoundland and Labrador, Prince Edward Island, Northwest Territories, Yukon and Nunavut.

These 11 provinces and territories are home to 85 per cent of Canadians. This group averages just 9 tCO2 per person. That's only half our national average.

Not only do these two groups have radically different levels of emissions, but they have also been heading in opposite directions.

My second chart lets you see just how extreme this has been. It shows each province's emissions change since 2005. That's Canada's baseline year for all our climate targets.

As the red bars make clear, Alberta and Saskatchewan are the only provinces that have dramatically cranked up their climate pollution.

At the other extreme, Nova Scotia (-33 per cent) and New Brunswick (-28 per cent) have led the way with the biggest percentage cuts. And Ontario pulled off the biggest total reduction by cutting 45 million tonnes of CO2. They did that primarily in their electricity sector by eliminating coal and also reducing natural gas burning. In contrast, Manitoba and Newfoundland and Labrador both increased emissions.

In total, the combined increase in pollution from Alberta and Saskatchewan wiped out nearly all the climate progress made in the rest of Canada. It's hard to imagine two more opposite climate profiles co-existing in any one country.

And now, a raucous group in Alberta and Saskatchewan is talking about splitting off these two super-emitting provinces into their own new country. The movement is called "Wexit" and for want of a better name, I'll call the potential new country that would result "AlbertaSask" in this article.

So how would they stack up on the international climate stage? Let's take a look.

Wexit vs. the world

My next chart brings in some of the world's largest economies and oil producers for comparison.

As the red bars show, Alberta and Saskatchewan emit many times more than any of these countries, per person

In fact, the hypothetical independent AlbertaSask — at 55 tCO2 per person — would emerge as the world's most climate-polluting country per capita. That might prove to be an awkward position for a small land-locked country as the climate storm grows in ever-increasing fury.

In contrast, the rest of Canadians would see their country's per capita emissions cut in half. Canada would be emitting just 9 tCO2 per capita. That's roughly half the American average, and similar to what Norwegians and many other Europeans currently emit per person.

Oh, and Canada would also be on track to meet its 2020 climate target. Can you imagine anyone saying that about Canada today? We currently are so far from our 2020 target that even our government is past pretending we might meet it.

And while it is certainly true that the oil and gas industry are a major source of climate pollution coming out of both Alberta and Saskatchewan, they are
far from the only culprit.

Wexit minus oil and gas

The chart now shows, in orange, the portion of Alberta and Saskatchewan's climate pollution that comes from their oil and gas industry.

But, amazingly, even if you ignore all that pollution, Albertans still emit 32 tCO2 per person. And in Saskatchewan the number is 44 tCO2 for each resident.

That would make AlbertaSask the dirtiest country on earth, per capita — even without their oil and gas industry emissions.

Currently, the world's dirtiest nation is Qatar, at 30 tCO2 per capita. Kuwait is second dirtiest, at 21 tCO2. And the Saudis are the fifth dirtiest per capita, at 19 tCO2.

AlbertaSask would tower above them all.

And then there is the money.

A common climate metric used by analysts around the world is the "carbon-intensity" of the economy. It's the amount of climate pollution an economy emits per dollar of GDP.

The IEA calculates and publishes the carbon-intensity for each country's economy in their "Key World Energy Statistics" each year. Let's look at how the Wexiteers measure up on this metric.

My next chart on the right has black bars showing the IEA carbon-intensity data for the countries we've been looking at. Each bar shows the tCO2 emitted per million dollars in GDP.

For example, the Americans emit 270 tCO2 to generate each million dollars of GDP. That's close to the global average.

Norway, a major oil producer, emits less than half that much. Apparently, it is possible to be a northern oil-producing region without being a super polluter. Who knew?

At the other extreme is coal-choked China, a textbook example of what a dirty economy looks like. China needs to emit one and half times the global average — 440 tCO2 — to produce a million dollars of GDP.

Now let's compare all those countries to the bars showing Alberta, Saskatchewan and the rest of Canada.

As the red bars reveal, AlbertaSask's economy is twice as dirty as China's, emitting well over 800 tCO2 per million dollars of GDP. That's three times as dirty the American economy and four times the Rest of Canada’s economy.

As CO2 becomes more expensive to emit, economies that create the most value from each tonne will have an economic advantage. At this point in the climate crisis, economies that are twice as dirty as China's might want to start cleaning up while they still can.

What if Wexit fails, and Alberta and Saskatchewan decide to stay in Canada? Then what?

My final charts show where we stand today.

As you can see, Alberta and Saskatchewan have dramatically increased their climate pollution since 2005, by 17 per cent.

That pollution surge has wiped out nearly all the climate progress made by the rest of Canada.

Instead of being on track to meet our climate hopes and targets, Canada is mired in perpetual one-step-forward-one-step-backward climate failure.

And as my last chart shows, the rest of Canadians have seen their overall economy grow strongly, even as they reduced climate pollution.

Since 2005, they have collectively cut emissions by 15 per cent while increasing GDP by 21 per cent.

Clearly, it's possible to grow an economy while also cutting climate pollution.

As we saw above, even major oil producers like USA, Saudi Arabia and Norway have built vastly cleaner-per-dollar economies — that also pollute many times less per person — than Alberta and Saskatchewan have so far.

So what's your plan now, premiers Kenney and Moe?

Will you finally start acting like you're a part of Canada and contribute to meeting our country's climate hopes and goals?

Or will you continue sabotaging the progress made in the rest of Canada?

Wexit is Bullxit. It's just

Wexit is Bullxit. It's just a bargaining stunt. Albertans will not pick fading, finite fossil fuel $$ over Confederation.
Long term, Albertans need the rest of us more than we need them.

Terrific informative article. BUT, a key info piece is missing. You write that "AlbertaSask [is] the dirtiest country on earth, per capita — even without their oil and gas industry emissions." But WHERE does this add'l dirt comes from? Coal? What else? Please update with this critical info & your readers can share this globally!

"What else?", you ask. We'll see what Barrie Saxifrage has to say but I suspect that flatulence (methane) from farm animals (and from premiers Kenney and Moe) may account for a considerable amount of green house gas.

Barry's analysis is apparently for CO2 only, not for other GHGs. Add those on, and both SK's and AB's emissions per capita are in the upper 60s of tCO2equivalent/person.
I've spent a lot of time over the years with the SK figures - of the 66tCO2e/person or so, about 21% is from electricity (40% dependency on coal, another 40% on fossil gas - and more than half of our electricity consumption is by heavy industry, mostly extractive); and about another 21% is from transport. And yes, agriculture is also a major emitter - about 17% - but the bulk of this won't appear in Barry's figures because it's methane or nitrous oxide. Likewise the large quantities of methane released as fugitive emissions from the oil and gas industry.

You can check out the numbers

You can check out the numbers for yourself from Canada's latest National Inventory Report, accessible from https://unfccc.int/process-and-meetings/transparency-and-reporting/repor...

Is this really all true? I

Is this really all true? I would like to believe it in as much as I live in BC and do not want a large increase in tanker traffic on our coast but............. it has an extreme feeling about it (the article). Numbers are interesting especially statistics. You can make them say anything depending on how they are manipulated and arranged. I am definitely a GREEN Canadian but ..............

Yes, I am very interested in what is contributing to their high CO2 emissions other than oil and gas? Is it their coal fired electricity like Ontario had or their mining operations or their animal agriculture??? This really is vital information to understand the full picture.

The operating myth of this

The operating myth of this conflict is power. The worship of power. Power as God, as food, as survival. But the worship of power has destroyed many parts of the planet since the beginning of civilization. In order for us (the people) to survive we must relearn reverence for life. Then we can listen to each other and care for this land rather than assault it with our violence which we routinely rationalize as 'the economy'.

As I see it AlbertSask

As I see it AlbertSask perceive themselves as being the in same situation as Germany - that spawned two world wars. The Germans felt imprisoned with no way to grow their economy, no place to accomodate their growing population or increase arable land.

AlbertSask has been bought, lock stock and barrel by the carbon extraction industry and its non resident owners have thwarted, or failed even to allow the diversification of refining the local product. They are wholly dependent on exports - hence their desperation for pipelines and rail bitumen transport.

They cannot be ignorant of the environmental damage they are causing in their own back yards and the egregious political mismanagement over the decades that has fostered their own enslavement. It would be interesting if this article could also spell out the other sources of AlbertSask GDP and the percentages of those as well as the outlook for those sources' continued viability.

I see no possible survival strategy for these provinces but rapid devolution of fossil fuel extraction and equally rapid investment in green energy production and sustainable technologies. It will be gratifying for the people in those provinces to start relying on their brains rather than their brawn. I wonder if those hardy, stubborn, western survivors have the guts to take the leap, to defy the fossil fuel slave masters?