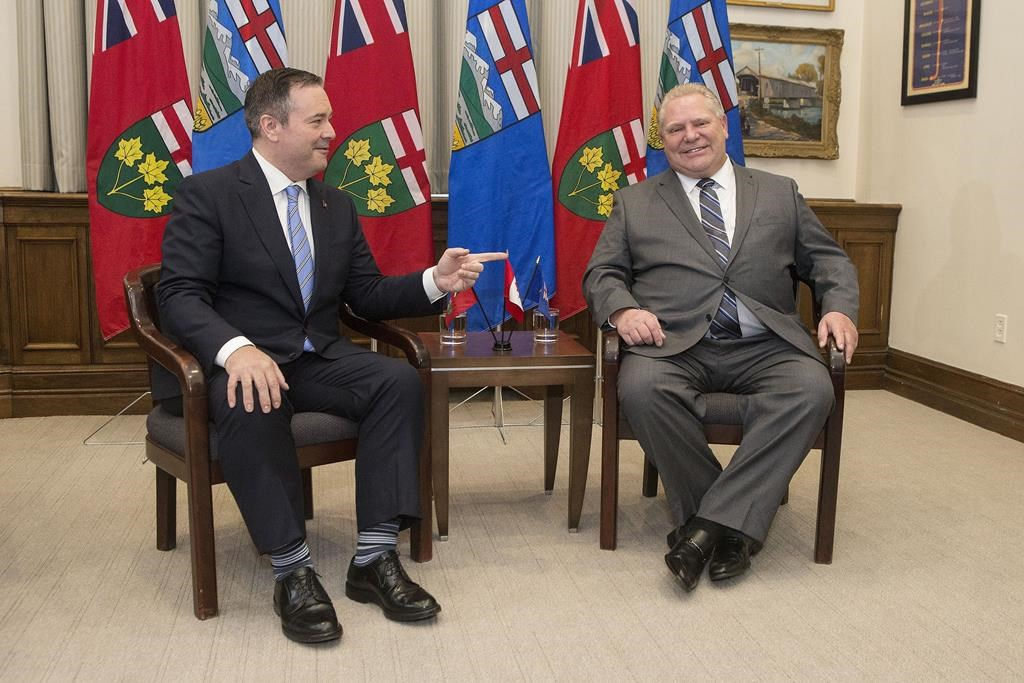 Canada’s premiers meet in Mississauga on Monday. So-called western alienation is sure to be on the agenda, and the temptation may be to unite behind support for pipelines and opposition to carbon taxes. But instead of rallying around a shared resolve to fight the federal government and a hollow promise to let the good times roll again, let’s hope that the premiers unite around a plan to take our country forward, together.

Canadians deserve an honest conversation about our present and our future. And we need our leaders to face the fact that times are a-changing.

First off, government policy didn’t cause the downturn in Alberta. It has more to do with global oil prices and surging production in the U.S. than it has to do with pipeline constraints or carbon taxes.

Second, it’s not true that more oil production means greater widespread prosperity. You wouldn’t know it to read the headlines, but Canada is already producing more oil and gas than ever before. And yet, employment is down in Alberta and the province is now running a deficit and cutting services.

Third, Canada cannot both produce more oil and deal with climate change. The science is clear that to avoid catastrophic climate impacts we need to phase out fossil fuels in the next 20 to 30 years, not produce more. And two thirds of Canadians just voted in favour of governments that support carbon pricing and more ambitious climate action. We can’t ignore that.

Finally, change is coming whether we like it or not. The world is waking up to the undeniable spectre of climate change and calling for more ambitious action. This means that global oil and gas demand will decline. And despite the fact that some oil companies have reduced their emissions per barrel, and despite the fact that Canada is a liberal democracy, our high-cost, high-carbon oil will among the first sources of oil to take a hit. In fact, it’s already happening.

But we don’t need more oilsands mines, more wells, more pumpjacks, or more pipelines. Instead, we need to be planning a prosperous future for workers, communities and the economy that isn’t tied to oil and gas.

And we need to acknowledge that oil production is delivering diminishing returns in terms of jobs, royalties, and taxes, even as the industry expands. (This is even before we get into the issue of all that aging equipment and fractured ecosystems dotting the countryside in oil country.)

Workers who depend on the oil industry are rightly worried, and in some cases angry, because of their uncertain future. But governments – federal, provincial or otherwise – cannot continue allaying these fears by pretending we can turn it around, nor have it both ways. At best, this “everyone takes some water in their wine” approach is just putting off the inevitable; at worst, everyone feels betrayed.

Canada can either turn a blind eye to the global momentum behind climate action and let the prairies crash along with global demand for heavy crude, or our elected leaders can come together to make the best use of the knowledge and time we have and invest in a long-term transition. There’s lots of work to do.

Governments can invest in growing, sustainable industries, including tech industries (where there’s a worker shortage in Calgary), agriculture, renewable energy, and energy efficiency work such as retrofitting buildings. Cleaning up abandoned and orphaned oil wells will require financing and workers.

We need our governments to work together on this.

If Canada’s premiers end up united in fighting a federal government that just won re-election, that doesn’t bode well for national unity. And if they are united in opposition to carbon taxes and more ambitious climate action, which two thirds of Canadians just voted in support of, then what does that say about their interest in governing “for the people?”

Instead of doubling down on opposition to the bogey man and offering false promises, our leaders priorities should be to help workers and communities envision and chart a path toward a sustainable and prosperous future.

Canada needs a body of key

Canada needs a body of key Canadians representing each of the political parties who will develop the framework for a non-partisan action plan to fight the climate crisis. A plan needs to be in place within the first two years of the current government’s mandate. This will help bring all of our country together, so Canadians can address the coming challenges in unison. It is going to take all Canadians to identify and work through the changes that will be demanded of us.

Yes! And all the work done so

Yes! And all the work done so far, by many activists and groups towards the creation of the Green New Deal for Canada needs to be the place to start!! (i.e. we don't need another study!!)