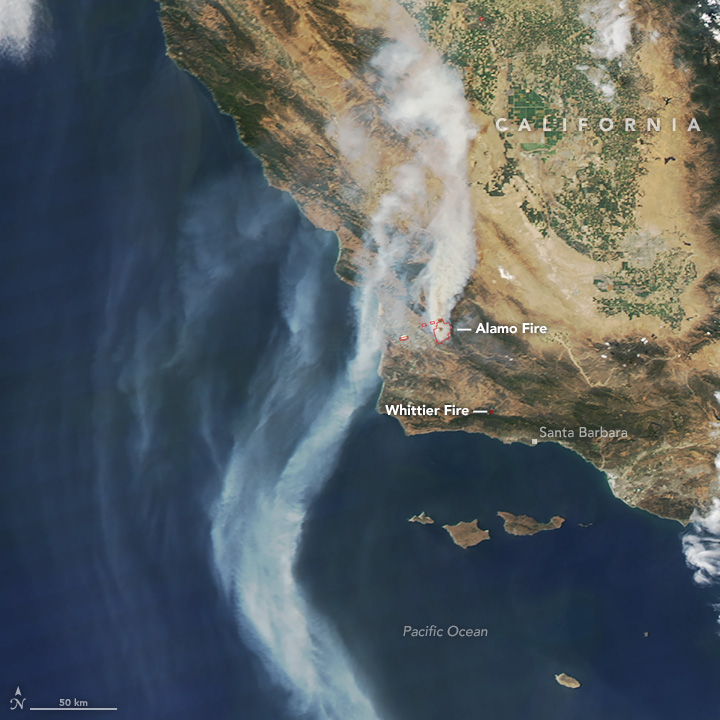 In the words of 16-year-old climate activist Greta Thunberg: “People are already suffering and dying from the climate and ecological emergency, and it will continue to get worse.”

In the past decade, the climate crisis, and its fatal consequences, deepened further, as temperatures rose around the globe, ice caps melted, sea levels rose and record-breaking hurricanes, floods and wildfires devastated communities across the U.S.

Here are seven figures that show just how dire the climate situation grew this decade alone.

Globally, the past five years, from 2014 through 2018, all had record-breaking temperatures, with reports from NASA and the National Oceanic and Atmospheric Administration showing the hottest year ever as 2016, followed by 2017, 2015, 2018 and 2014.

These recent peak temperatures followed decades of warming around the globe. Higher temperatures are linked to a range of dangerous natural disasters ― including extreme floods, hurricanes and deadly wildfires ― and deaths. Since 2016 alone, at least 50% of coral reefs in Australia’s Great Barrier Reef ― the largest coral reef in the world ― have died amid the rising heat. Humans aren’t far behind: A study published in January found that more than a quarter-million people may die each year as a result of climate change in the decades to come.

Wildfires worsened in California in recent years, with hotter temperatures and dry conditions often combining with high winds to create a longer fire season with more destructive blazes. Scientists linked the worsening fires across the Western U.S. to climate change.

Among the five largest wildfires in the fire-prone state, four happened this decade alone. The largest ever in the state, the Mendocino complex fire of July 2018, blazed through nearly half a million acres.

What’s more, seven of the 10 most destructive fires in California occurred since 2015; and the deadliest ever fire in state history took place in 2018: the Camp fire, which killed 85 people and burned down nearly the entire town of Paradise.

“I’ve been in the fire service for over 30 years, and I’m horrified at what I’ve seen,” Cal Fire officer Jerry Fernandez told HuffPost in October 2017 amid the Tubbs fire in Napa and Sonoma, which killed 22 people and turned block after block of houses in Santa Rosa to ash.

The scientific community — including experts at the NOAA — has long warned that man-made climate change influences extreme weather events. Scientists found that climate change has likely increased the intensity of hurricanes, particularly in the North Atlantic region, albeit not the frequency of the storms.

When Hurricane Dorian slammed into the northern Bahamas earlier this year as a Category 5 storm, it decimated entire communities and flooded 70% of Grand Bahama, an island of some 50,000 people. It also became the sixth Category 5 hurricane in the Atlantic region in the past four years ― along with record-breaking Hurricane Lorenzo in September; Hurricane Michael in 2018; Hurricanes Irma and Maria in 2017, which killed thousands in Puerto Rico; and Hurricane Matthew in 2016, one of the strongest, longest-lasting hurricanes of its kind on record.

And Category 5 hurricanes are not the only ones that wreak havoc on communities. Hurricane Harvey, which landed in 2017 as a Category 4, broke the continental U.S. rainfall record, dumping more than 50 inches of rain in parts of Texas and killing more than 80 people. Scientists said climate change made the storm worse, with rain associated with the lethal storm at least 15% stronger due to global warming.

The previous decade of the 2000s also saw a high number of Category 5 storms, including Hurricane Katrina in 2005. However, this decade had the most consecutive years of Category 5 hurricanes, with the catastrophic-sized storms hitting each of the past four years.

Ice sheets are melting and glaciers are shrinking in “unprecedented” ways, according to a 2019 report from the U.N. A widespread shrinking of the cryosphere ― or the frozen parts of the planet ― has left large stretches of land uncovered by ice for the first time in millennia. And sea level rise is accelerating dramatically as all that ice melts.

Since 1979, when satellite observations first began, Arctic sea ice cover, measured every September, has dropped by about 13% each decade, per the U.N.’s Intergovernmental Panel on Climate Change. Late this summer, the Arctic reached its second-lowest sea-ice coverage on record, per the NOAA.

In August, officials in Iceland held a funeral for a glacier that melted away amid rising temperatures.

Researchers with the IPCC warned that coastal communities were the most vulnerable to many “climate-related hazards, including tropical cyclones, extreme sea levels and flooding, marine heatwaves, sea ice loss and permafrost thaw.” Around 680 million people currently live in areas that would be impacted by such hazards, which the U.N. noted often have the least capacity to deal with climate change.

Floods with a 0.1% chance of happening in any given year became a frequent occurrence

With more heat in the atmosphere came more rainfall, and with more rainfall came more floods. But these weren’t just any floods; they were torrents so enormous that they were classified as having only a 1-in-1,000 chance of happening in any given year ― forcing the scientific community to reconsider what they call these increasingly frequent events.

Flooding associated with Hurricane Harvey was one of those “1,000 year” events, meaning there was only a 0.1% chance of such a deluge striking in 2017 based on the century of flood data researchers have to work off of.

The likelihood of such flooding was hard for people to grasp given how many other “1,000 year” floods had already occurred in recent years. Back in September 2016, when five of those floods had already hit the U.S. that year, experts pondered whether rapidly rising global temperatures had rendered the current flood-prediction model useless.

“We may, in other words, already have shifted so far into a new climate regime that probabilities have been turned on their head,” Scott Weaver, a senior climate scientist with the Environmental Defense Fund, wrote at the time.

Studies at the start of the decade more or less predicted the phenomenon. In 2012, researchers from the Massachusetts Institute of Technology and Princeton University found that by around the year 2100, what we called “100 year” floods ― ones that have a 1% chance of occurring in any given year ― would need to be reclassified as 1-in-20-year or even 1-in-3-year events.

There were more than 100 “billion dollar” climate disasters, double from the decade before

A HuffPost analysis of federal data on the costliest droughts, floods, storms, cyclones and fires in the U.S. this decade offered a grim look at how expensive it became for the country to continue with business as usual.

In the last 10 years, the U.S. experienced at least 115 climate and weather disasters with losses exceeding $1 billion each, according to data from the NOAA that runs through Oct. 8 of this year.

That’s nearly double the number of such events that took place in the U.S. during the previous decade, when the NOAA tallied 59 events that caused at least $1 billion in damage. There were 52 such events in the 1990s and 28 in the 1980s. That’s as far back as the NOAA’s data ― which is adjusted for inflation ― goes.

Of the five most expensive billion-dollar events in the NOAA’s records, four took place this decade. The most expensive disaster of the 2010s was Hurricane Harvey in 2017, which caused an estimated $130 billion in damages. It’s followed by Hurricane Maria at $93 billion, Hurricane Sandy at $73 billion and Hurricane Irma at $52 billion.

The devastating California wildfires in 2017 and 2018 were also the two most expensive disasters of their kind from the last four decades. The 2018 fires ― which include the one that burned Paradise, California, to the ground ― totaled $24 billion in damage, while the 2017 fires that scorched the state’s wine country caused $19 billion worth of destruction.

Meanwhile, we pumped a record 40.5 billion tons of carbon dioxide into the air in 2019

Global carbon emissions quadrupled since 1960. After emissions steadied from about 2014 to 2016, they then rose again in 2017 and have been climbing since.

Carbon emissions reached a record high in 2018 and then again this year ― when scientists estimated that countries worldwide spewed more than 40.5 billion tons of carbon dioxide into the air. The rise was spurred in part by increased output in China and India, per a study from researchers for the annual Global Carbon Budget.

This bleak news came amid a series of reports released this year urging a dramatic cutback of carbon emissions to avoid the worst effects of climate change.

We’re ending this decade on track to warm a catastrophic 3.2 degrees Celsius by the end of the century

Like pretty much every other climate report from this decade, an emissions assessment the U.N. released at the end of 2019 came with a dire warning. According to a study of the so-called emissions gap ― a marker of the difference between the amount of planet-heating gases countries have agreed to cut and where the current projections are headed ― global temperatures are on pace to rise as much as 3.2 degrees Celsius above preindustrial levels by the end of the century. That’s more than double what scientists project is enough warming to cause irreversible damage to the planet.

To change that fate, the next 10 years will be crucial. The U.N. Intergovernmental Panel on Climate Change warned last fall that humanity has just under a decade to get climate change under control. But as grim as the report is, it reaffirms that making such sweeping changes ― however unprecedented such a drastic adjustment may be ― is still possible.

Climate crisis linked to 15-plus disasters costing more than $1B

By Zoya Teirstein  | News
Race to a Safer World