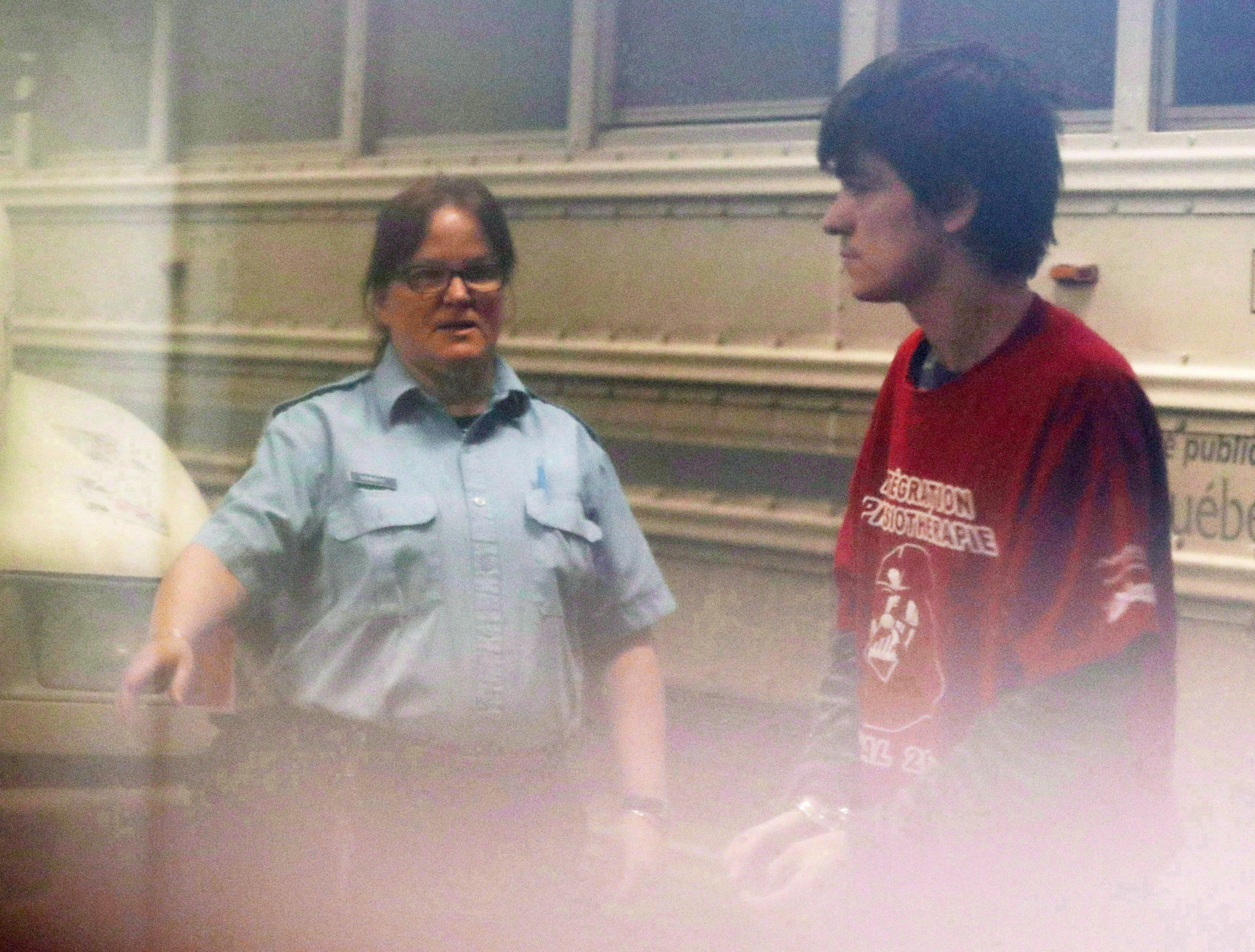 The appeal of Alexandre Bissonnette, who pleaded guilty to killing six men at a mosque in Quebec City in 2017, was heard on Monday in Quebec City. At the Quebec Court of Appeal, both the Crown and the defence argued that Quebec Superior Court Justice François Huot erred in handing Alexandre Bissonnette a life sentence without the possibility of parole for 40 years last February.

Despite the fact that it was Bissonnette’s appeal, Canada’s maximum sentencing laws were the real focus of much of the proceedings. These laws were changed in 2011 by Stephen Harper. The Liberals have not undone the most severe parts of Harpers’ so-called tough-on-crime legislation.

When Canada eliminated the death penalty in 1976, the maximum sentence a judge could give became 25 years in jail before a person could be eligible for parole. Multiple life sentences were served at the same time — that is, concurrently. In 2011, Stephen Harper’s Conservatives passed the Protecting Canadians by Ending Sentence Discounts for Multiple Murders Act allowing judges to sentence individuals to serve consecutive sentences. Harper’s change to life sentences was part of a suite amendments that reduced prisoners’ access to early parole and imposed mandatory minimum sentences for a variety of crimes.

Since the law has been passed, at least nine men, Bissonnette included, have been sentenced to serve consecutive life sentences.

Bissonnette is the first to appeal sentencing under this law. And it is possible that his case will go through a further appeal to Canada's Supreme Court.

Harper’s tough-on-crime agenda has plunged sentencing into a legal quagmire: do judges sentence people for more years simply because they can? During the murder trial of serial killer Bruce McArthur, the Crown sought a sentence of 50 years due to the horrific nature of the crimes. That would have put McArthur in jail until he was 116 years old. While the judge understood the reasoning behind the Crown’s position at sentencing, he said, “There is a fine line between retribution, which is an appropriate sentencing principle, and vengeance.” McArthur was sentenced to life with eligibility for parole after 25 years.

But in the case of Justin Bourque, the New Brunswick man who murdered three Mounties in 2014, a judge sentenced him to 75 years — 25 years for each murder. Bourque will be 99 years old before he is eligible for parole.

These new sentencing laws pose moral and economic questions. Since Bourque’s sentence was longer than Bissonnette’s, does the legal system consider Bourque’s crime worse? Do older murderers, like McArthur, automatically get less time because of their age? How will 75-year sentences, veritable death sentences in prison, stand up to a Supreme Court challenge?

There is no evidence that longer sentences reduce crime. Norway, where the average sentence is only eight months, also has the lowest rates of reoffending: 20 per cent, compared to 67 per cent in the United States.

During the Harper era, the prison population grew so fast that prisoners were placed together in cells that were intended for just one person. This increased the incidence of violent behaviour, both among inmates and against prison guards. The population growth was driven in large part by the creation of new mandatory minimum sentences, which forced judges to hand out jail time for certain convictions instead of using alternative punishments. Harper also cut prison services and programs, such as prison farms, which where designed to teach inmates new skills. Prison farms were officially reopened by the Liberal government in 2019.

There is a steep cost associated with housing prisoners. On average, it costs taxpayers $314 per day to incarcerate someone. That amount ranges: it can be as low as $130 for a male in a minimum security facility to $254 per day for an inmate in a maximum security cell. Someone serving a sentence in the community costs far less: $50 per day.

While Harper’s approach to criminal justice was aimed at keeping violent offenders locked away until the end of their lives, it negates a system that works to rehabilitate prisoners for successful reintegration into society, should they be parolled. A system that is based on revenge rather than rehabilitation does less to prepare people for re-entry to society, and that carries risks of its own.

Bissonnette’s sentencing doesn’t exist in a vacuum. As long as consecutive life sentences are allowable, his sentence must reflect the gravity of his act of terror. As the judges reminded lawyers on both sides several times, it isn’t up to them to change Canada’s laws.

That’s the reality: the Liberals have accepted Harper’s reforms. And in so doing have left families and communities to watch courts try to determine if a life sentence should last to advanced old age or to old age; one in which there is little chance the person sentenced will ever leave prison versus a system that is designed to give a prisoner a reason to one day earn back their semi-liberty.

If Trudeau wants his legacy to be different from Stephen Harper’s he needs to reverse Harper’s tough-on-crime policies. Re-opening the prison farms was a good start but if we need our system to be built to rehabilitate prisoners, we need the Liberals to reinstate 25-year maximum sentences.

I agree that the sentencing

I agree that the sentencing law must be made more practical. Many people still accept the Bible dictum: "An eye for an eye", a philosophy of revenge that is still most prevalent in all middle eastern countries and is the cause or fighting and war. When the heart is filled with hate there can be no happiness, no collaboration between tribes, no love between religions, no peace between countries. Most people want to live in peace, but life is not perfect and errors occur, such as crimes. Society must learn from its errors and work on preventing these errors. Revenge, hatred and justice (yes even justice) are negative approaches. The Justice system must change its focus from the useless concept of retribution to that of Prevention. Accept crime as a sad reality and work on doing better next time.

There is something amiss with

I agree. Someone needs to

I agree. Someone needs to research this better and come up with accurate numbers. Do we let prisoners go based on cost? Effectiveness should be the criteria.

Click on the costs icon and the costs are fully explained. Segregation ups the sisters substantially.

Sentencing, despite whatever laws are in place at the time is always a crap shoot - dependent on the mood of the judge, on the skills or lack thereof of lawyers, on the intelligence of juries, on the prevailing state of racism, bigotry, hypocrisy, and (rarely) charity among the population.

No hard and fast rules, no expectation of fairness in prosecution, no expectation of human justice has ever made a diffeence in preventing crime. Only sane and rational socialization of the naturally amoral child can ever affect criminal behaviour - and occasionally, in luckily rare instances, nothing can prevent a child from becoming a criminal.

Instead of turning criminal law into a vote getting exercise, or an opportunity for the law & order types, the vengeful and fearful police officers to take justice into their own hands; we humans need to agree on acceptable punishment guidelines - reserving the most severe for offenders who are unlikely ever to be safe, at large, in society.

When revenge is the ruling passion society degenerates into tribalism, generational blood feuds, and climbing the ladder of power and influence, fosters wars, genocides, failed states and failed humanity.