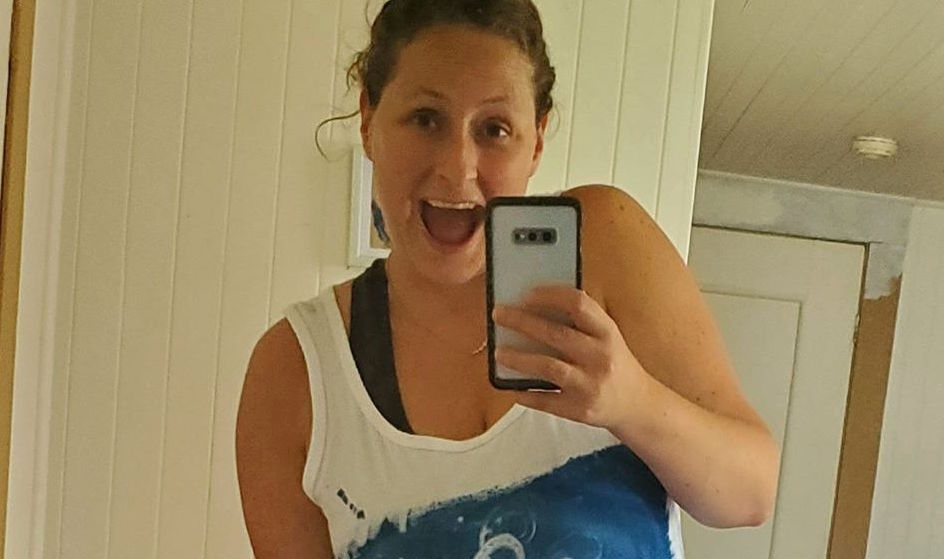 Quadra Island resident Tracey Hayman and her boyfriend are trapped in Ecuador and appealing to Canadian government to get them home. Photo: Facebook
Previous story
Next story

Stranded in Ecuador with her boyfriend after the country imposed sweeping measures to curb the COVID-19 pandemic, a Quadra Island resident issued a plea on social media Thursday.

Tracey Hayman appealed for help on Facebook to try to push the Canadian government to get her and boyfriend Jesse Loucks home to Canada.

“In all seriousness. Do you have contacts in the Canadian government?” Hayman asked. “Anyone that can help Canadians who have been abandoned by their county? Please make some noise! We just want to come home.”

The couple has been dealing with cancelled flights, closed airports, curfews, travel restrictions and jammed phone lines as a result of Ecuador’s state of emergency.

“We have been abandoned by our country, and there are no provisions being made to get us back,” Hayman wrote in an email, adding that internet service was intermittent.

The pair was in the city of Ibarra in northern Ecuador, about a two-hour drive from the capital of Quito, on Thursday.

Hayman has met another Canadian family, two of whom are doctors, who are also trapped in Ecuador.

“We all have no way of getting out of the country,” Hayman said.

Emails to the Canadian Embassy in Quito result in generic responses, she said. “All other suggested contacts are automated messages or emails.”

Ecuador announced the suspension of international flights into the country on March 14 and declared a state of emergency that went into effect four days later.

After the flight ban was announced, Hayman got an electronic alert from Air Canada cancelling their return and advising them to rebook online.

“We have been abandoned by our country, and there are no provisions being made to get us back,” Tracey Hayman wrote in an email from Ecuador

But the couple has been informed Air Canada has cancelled flights until April 5, when the suspension is scheduled to end.

Ecuador has ordered a nightly curfew and nobody can leave their homes except to get groceries or medical help. Interprovincial travel has been suspended for 14 days, leaving them unable to access the capital or airport, Hayman said.

“We need to get back into the other province to get to the airport, if they open it up,” she said.

The couple left Canada for Ecuador on March 11 and travelled to a rural area of the country after arriving. So, they weren’t immediately aware of the country’s impending shut down, Hayman said.

By the time Prime Minister Justin Trudeau issued his advisory for Canadians to come home March 16, Ecuador had already launched measures to isolate the country, she added.

“We were able to get on the last flight out of the jungle to the capital, Quito, only to find three flights running, which were all full, and the airport closing,” she said.

The couple managed to rent a car and get out of the capital and find a place to stay to ride out the state of emergency.

On Thursday, Hayman reassured her family and friends on social media that for the time being, they were safe with food, water and good hosts.

“We can only hope that in 12 days, the borders will open, but I suspect that will not be the case,” Hayman said.

“We need to get the word out there and make sure our country doesn't forget about us.”

Is Tracey "Abandoned by our

Is Tracey "Abandoned by our government"? How about: caught while travelling in the Ecuadorean jungle by a shock planetary virus and fed up that, for reasons of a sane scheme for planetary virus control , Tracey and her boyfriend can't return to Canada when they want? Canadians here are bunkering down and in self-isolation. Our economy, in shock, is a great unnerving mystery. COVID is still spreading.
No parties here. My dried lentils are luckily holding up just great! I'm safe and warm! Canada's in shutdown too, not just Ecuador.
If Tracey is "feeling forsaken", does that mean she IS forsaken? ( my response: ...not necessarily at all...) Are the couple "trapped...in Ecuador's COVID shutdown" like we are here, in Canada's shutdown? Am I " feeling trapped" by Canada's self-quarantining policy? Considering the serious social damage otherwise, I should be "trapped" -but how I feel about it is something for me to investigate. I'm limited in my movements, but grateful for that.
Framed in a context of social responsibility, we're in the right (limited) place at the wrong (epidemic) time. Are the couple observing Ecuador's policy for all people there to curb and protect citizens, ultimately Canadians too, from a planetary disease claiming lives? If so, they're behaving like Canadians here. BTW, Tracey, keep that glowing full smile we see you flashing in your photo. We'll all need some energy and good will through this!

Very well said, Marie. I feel our Canadian gov't bent over backwards to repatriate Canadians stranded abroad for as long as possible, and before the more stringent restrictions came into play. My husband and I also are losing sympathy for those who chose to leave the country after this pandemic was declared.

Yes, I agree. Very well said Marie. The question that wasn't answered in the report was the reason why this couple were in Equador. Were they there to volunteer with some type of international aid organization, or were they there as tourists? If the answer is the latter, then I feel the same as Marie - they're in the same boat as the rest of us, self quarantining and waiting for the state of emergency to pass. At least they can work on their suntans while they're waiting. This doesn't even touch on the irresponsibility of people flying to places for fun while knowing how much of an impact the airline industry has on the global warming emergency. But if they weren't worried about the human induced global warming crisis, then I doubt if they gave the growing pandemic a second thought (until it was too late).

I keep reading the stories

I keep reading the stories about Canadians who are abroad, having left Canada around the same time these people did. On March 9, there were 137,445 confirmed infections across the world, on every continent in the world. These folks chose to travel for fun anyway.

Seriously, how stupidly entitled our expectations can be! What should Trudeau do? Send a team of crack commandos to whisk them away in helicopters?