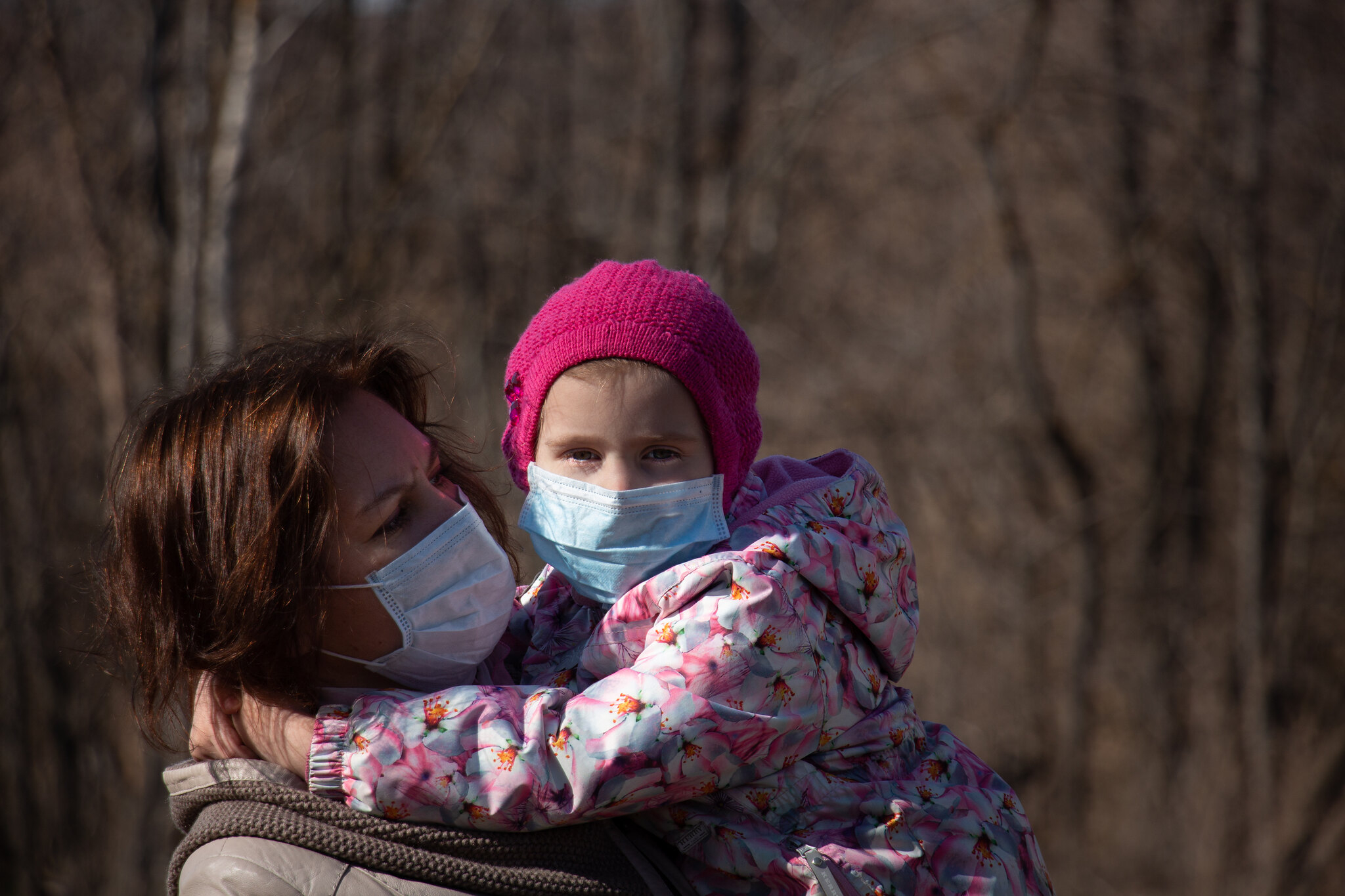 A mother and daughter wearing masks during the coronavirus pandemic. Photograph by Nik Anderson
Previous story
Next story

On April 6, Chief Public Health Officer of Canada Dr. Theresa Tam confirmed wearing masks outside the home — even if asymptomatic — will help reduce transmission of COVID-19. She has also confirmed they don’t have to be official or commercial masks, but can be homemade.

The U.S. Centers for Disease Control (CDC) has recommended the use of cloth “facial coverings” since April 3.

Guidelines for doing this are now abundant. A Google search for “how to make a mask to protect against coronavirus or COVID-19” generated 1.4 billion hits. Instructions come from the CDC, as well as a host of reliable DIY sources.

Warnings to wear masks in public have been mounting for some time.

Recommendations from outside the country, mostly from Asian health authorities, began early, with masks ubiquitous in places such as Hong Kong from the first weeks of the pandemic.

By early March, western nations were grudgingly conceding that masks might work in Asia, but refused to recommend them at home — with doubts expressed in the U.S. about the adequacy of homemade masks, coupled with a whiff of anti-Asian racism.

On March 27, Dr. George Gao, director-general of the Chinese Center for Disease Control and Prevention, said: “The big mistake in the U.S. and Europe, in my opinion, is that people aren’t wearing masks ... when you speak, there are always droplets coming out of your mouth.”

There has been other evidence too.

It started with Vo, in Italy (I've referenced this town in a previous piece). Every positive identified, 40 per cent asymptomatic, all collected in two test sweeps, no more COVID-19 thereafter.

This little town of 3,300 souls showed that if you eliminate all asymptomatic patients, you stop COVID-19 in its tracks.

"Given the widespread acceptance of the existence of asymptomatic individuals, to not support the use of masks seems like potentially lethal insouciance."

Then there's the fascinating — and challenging — work of Dr. Lydia Bourouiba at MIT on fluid dynamics. She has shown, using high-speed videography, that old ideas about airborne transmission, established in the 1930s, don't fit with evidence we now have thanks to better technology. Her recent paper in the Journal of the American Medical Association squarely challenges dogma about droplets and infectious disease transmission in general.

Then there are modelling studies — similar to the ones Canada’s public health officers have been sharing, but looking at patterns, not numbers — one from Japan showing asymptomatic cases are routinely present, and another from China showing undocumented cases abounded and spread infection in that country.

A report of a case history from Germany shows how unappreciated transmission took place.

Countries such as South Korea that have universal masks (along with other things, such as lots of testing) have done better than countries without them.

So, on balance of probabilities, given the "mysterious" transmission of COVID-19 into all sorts of settings without a clear transmission path (i.e. contact with an obviously sick person), and given the widespread acceptance of the existence of asymptomatic individuals, to not support the use of masks seems like potentially lethal insouciance.

And so over the last 10 days, there has been a steady escalation in Canadian recommendations. On April 1, Dr. Theresa Tam gave them a lukewarm endorsement, and Canada’s federal minister of health conceded they couldn’t do any harm. (Surprisingly, Ontario’s Doug Ford went much further: “Are you safer with a mask? Absolutely, you're safer.”)

Three days later, three doctors in Alberta — including my friend and colleague, ER doc Joe Vipond — explicitly recommended masks for everyone, the same day the CDC recommended them on a voluntary basis.

Now, the recommendation is official, and clear. Wearing a mask is an acceptable Canadian and American behaviour.

Even U.S. President Donald Trump, the world’s most visible and least-informed corona-skeptic, has conceded wearing cloth masks is an OK idea, while flatly refusing to wear one himself.

One wonders if he’ll change his mind now that his U.K. counterpart, Boris Johnson, is in intensive care.

It’s important to be clear about why such an issue as wearing masks can be relevant.

Many government leaders around the world can be risk-averse when it comes to regulating human conduct, perhaps fearful of a neo-liberal backlash from their entitled plutocracy. Trump, appealing to a base that cherishes the fatal illusion of sturdy independence from all others, has in fact built his entire checkered political career out of claiming that he bucks the rules.

But eventually, even the most recalcitrant and insouciant leaders are learning to carefully seek out and obey the rules of natural ecosystems, rather than simply appeal to some narrow human constituency with often ill-informed preferences.

Having delayed their responses, however, many governments, particularly in Europe and North America (and possibly Japan) are playing catch-up. They missed the opportunity to instigate public health preparations years ago, and then missed the opportunity to strike hard when COVID-19 first appeared in China and then spread to neighbouring countries. Consequently, they are scrambling to develop comprehensive responses to what is clearly a multi-levelled threat.

In this situation, the use of masks — well-made, properly “donned” and “doffed” (these semi-archaic terms have undergone a startling rebirth) and sensibly disinfected — has become one more piece of armour to protect a vulnerable human species.

The virus — Mother Nature’s messenger — has spoken, and we are learning to pay attention.

Given the ongoing shortages

Given the ongoing shortages of proper masks for medical personnel, I am sure that politicians and other public figures were downplaying masks for the general population in order to prevent "toilet paper syndrome" (panic buying and hoarding), creating chronic shortages for those who really need them the most.

"the use of masks — well-made, properly “donned” and “doffed” ... and sensibly disinfected"

Not much chance of that. People are already thoughtlessly discarding used gloves by the millions in parking lots and along roadsides, and may be re-contaminating themselves in the process by not doffing properly. Just whose job do those covidiots think it is, to go out and pick up their *biohazardous waste*? (Yes, it has to be treated that way.)

Incidentally, for people who've had training in industrial first aid, respirators, blood-borne pathogens etc., donning and doffing are familiar terms. Also for those who wear compression stockings. (Guilty on all counts here.)