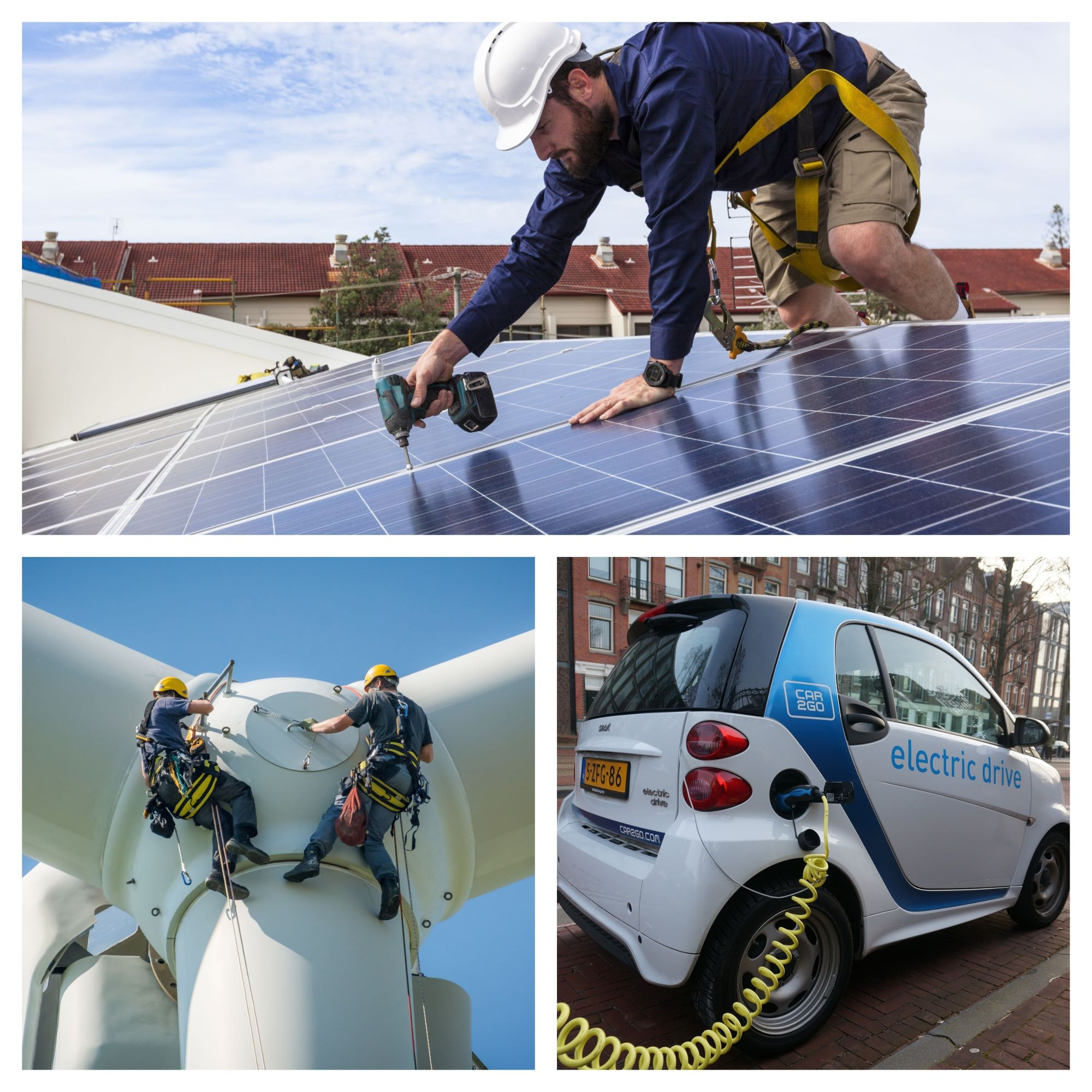 Moment by moment, the COVID-19 crisis is isolating people, threatening to overwhelm our health-care system, and shutting down the economy. In the midst of this, the federal government is planning perhaps the most important economic recovery in Canadian history.

This stimulus is an opportunity to do something transformative and pivot — right now — to a green economy powered by clean energy and enabled by clean technology. This must happen within a comprehensive framework, such as a Green New Deal that prioritizes a just transition for workers and their communities.

Cleantech has a key role to play in tackling the climate crisis, and the Global Commission on the Economy and Climate found doing so could deliver at least US$26 trillion in economic benefits by 2030.

Canadian cleantech companies are part of a trillion-dollar industry. The clean energy economy alone — from carbon-neutral energy generation and distribution to green buildings to zero-emissions transportation — contributed $56.3 billion to Canada’s GDP and 298,000 jobs, representing two per cent of all jobs in Canada in 2017. This was the same year Canada was ranked 4th in the world in the Global Cleantech Innovation Index.

Startups and small- to mid-size enterprises in the country are working across multiple sectors (buildings and construction, energy, natural resources, transportation, water management, agriculture, and others) to solve urgent social and environmental challenges. From Carbon Engineering in British Columbia that captures carbon dioxide directly from the atmosphere, to Genecis Bioindustries in Ontario that turns food waste into bioplastics, to tidal energy projects in Nova Scotia, the growth of the cleantech sector has been remarkable.

Canada has spent decades developing an innovation ecosystem (including a network of research institutions, business accelerators and incubators) that was becoming a world leader in catalyzing cleantech solutions and companies.

But these companies, and the competitive advantage they represent, are in peril. As pre-revenue, capital-intensive startups, they often don’t qualify for debt financing or traditional bank loans. They rely on forms of financing that dry up in times of economic uncertainty. Many companies are scaling up and are in the midst of multi-year, multi-stakeholder projects that are now at risk. Many face customers pulling contracts or delaying expected purchase orders.

Over the last few weeks, we have surveyed more than 300 cleantech companies. The wage subsidy and emergency loan programs for businesses hit by COVID-19 have been welcome moves, but these companies are still in a precarious state. Seventy-nine per cent indicated they need immediate financial and sales support. Likely over $1 billion in investment has been lost to date, and they anticipate losing more than 25 per cent of their costly-to-recruit and difficult-to-replace staff. They require liquidity in the form of grants, grant extensions, low- to no-interest small business loans, and the deferral of payroll taxes to maintain operations and staffing.

During this period when export markets have come to a halt, governments could also increase their purchases of clean technologies and incentivize domestic industries to do so as well.

If there isn’t a concerted effort to support this sector right now, many companies will go bankrupt or be so delayed in getting their technology to market that Canada’s competitive advantage may be lost, and climate action will be delayed when we can least afford it. Instead of leading, as we were positioned to do, we will be playing catchup in the biggest, most important transformation since the Industrial Revolution.

"Canada must seize the moment, and invest in the future. This means investing in climate action broadly as well as cleantech specifically."

In response to the COVID-19 pandemic, countries around the world are announcing trillions of dollars worth of monetary and fiscal stimulus. Where this money goes will reshape the global economy.

Canada must seize the moment, and invest in the future. This means ending subsidies to fossil fuels and not bailing out the economically unviable and ultimately doomed oil sands. This means investing in climate action broadly as well as cleantech specifically, leading to sustained job creation and economic growth.

Our response to the pandemic is our chance to make the best of a terrible crisis. If we prioritize short-term growth by investing in the status quo, we will have squandered our opportunity and financial resources, leading to untold economic and social hardships down the road due to a worsening climate crisis.

It’s time to invest in a green recovery, and this must include shoring up Canada’s cleantech sector now.

absolutely agree What can I

absolutely agree What can I do other than sign petitions? i live in a dyed in the wool con riding where my mpp and mp don't even answer my letters anymore. Doug and the destroyers have suspended environmental regs just like KKKenney in Albertar. shock doctrine 101 behaviour. nada in the MSM about how this might be a bad idea......

Methinks you and your like-minded friends need to get in their faces!
Meantime, please feel welcome to re-locate to Burnaby, B. C., where we have moved Peter Julian to collect MP support for the Green New Deal to be introduced in parliament.

Replace NAFTA with a Green

YESSSS!!! No need to re-invent this wheel!! We can NEVER return to "business as usual"!!!