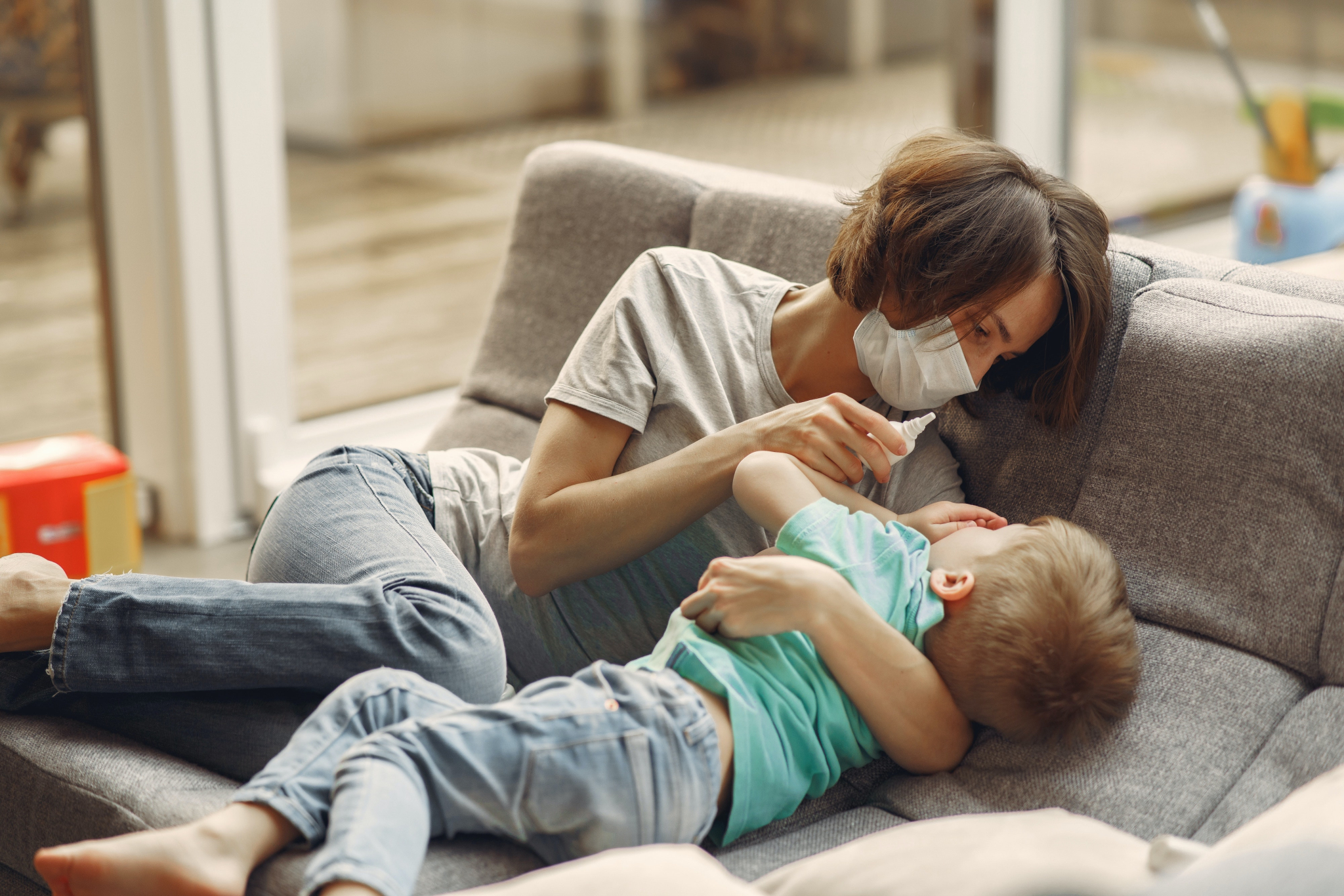 A mother and her sick son. File photo by Gustavo Fring via Pexels
Previous story
Next story

Ontario will require hospitals to report the number of children who develop a rare inflammatory illness that has been retroactively linked to COVID-19 infections elsewhere, the province said Wednesday.

The move comes as Toronto’s main children’s hospital reports a slight uptick in the number of children being treated for Kawasaki disease, a rare blood vessel disorder, in recent weeks.

The Hospital for Sick Children would typically deal with between 100 and 150 Kawasaki cases a year, or at least two a week, according to the hospital’s associate pediatrician-in-chief.

“If we look back over the last week or 10 days, we definitely have seen more than that,” Dr. Jeremy Friedman said, noting the five cases the hospital has recently treated are still a small number, but have also emerged outside of a typical fall-winter peak.

The provincial government said it was adding multi-system inflammatory vasculitis, which appears to be similar to Kawasaki Syndrome, as an atypical presentation to its case definition for COVID-19 in children.

“While the link between this inflammatory illness and COVID-19 is not confirmed at this time, we are taking immediate action to better monitor this emerging issue so that we can effectively respond to the illness and protect Ontario's children,” the province’s health minister, Christine Elliott, said in a statement on Wednesday.

Symptoms of the illness include persistent fever, abdominal pain, gastrointestinal symptoms such as nausea, vomiting and diarrhea, as well as a rash. Parents should contact their health-care providers immediately if their children are having these symptoms.

Fewer than five cases have been seen at the Children's Hospital of Eastern Ontario (CHEO) in Ottawa since the COVID-19 pandemic emerged in mid-March, according to Dr Jason Brophy, a clinical investigator at the hospital.

None of these patients were confirmed to have contracted COVID-19, which public health data suggests affects fewer young people than the general population.

But both CHEO and Sick Kids will be reviewing those cases now for a possible link to COVID-19 following a May 6 report in the British medical journal The Lancet pointing to an “unprecedented cluster” of eight children at a London-area pediatric intensive care unit presenting with “hyperinflammatory shock” similar to Kawasaki.

“We’ve had some cases of Kawasaki, but because this is new, if they presented before these reports started to come out it wouldn't have been thought about if they were COVID-negative,” CHEO’s Brophy said.

Health Canada on Tuesday approved the first COVID-19 serological test for use in the country to detect antibodies specific to the virus.

“We suggest that this clinical picture represents a new phenomenon affecting previously asymptomatic children with SARS-CoV-2 (COVID-19) infection manifesting as a hyperinflammatory syndrome with multi-organ involvement similar to Kawasaki disease shock syndrome,” the authors wrote in The Lancet.

Those children, one of whom later died, had mostly tested negative for COVID-19 via nasal swabs, but later antibody tests had shown they had in fact contracted the illness.

Dr. Barbara Yaffe, Ontario’s associate chief medical officer, said the emergence of the Kawasaki-like symptoms seems to appear weeks after a child may have contracted COVID-19 without symptoms, meaning its emergence would likely have little impact on the timeline for when schools in the province may reopen.

“I have to say, I don’t think it would have any impact, to be honest,” she said at a daily briefing on Wednesday. “First of all, it is a very rare complication, it happens usually several weeks or a month after the acute infection. In fact, the child might not have even had any acute symptoms. And when they develop this, it’s as far as I know, not infectious.”

Physician mothers on the front lines of a crisis