High schoolers across Canada get ready for a virtual prom 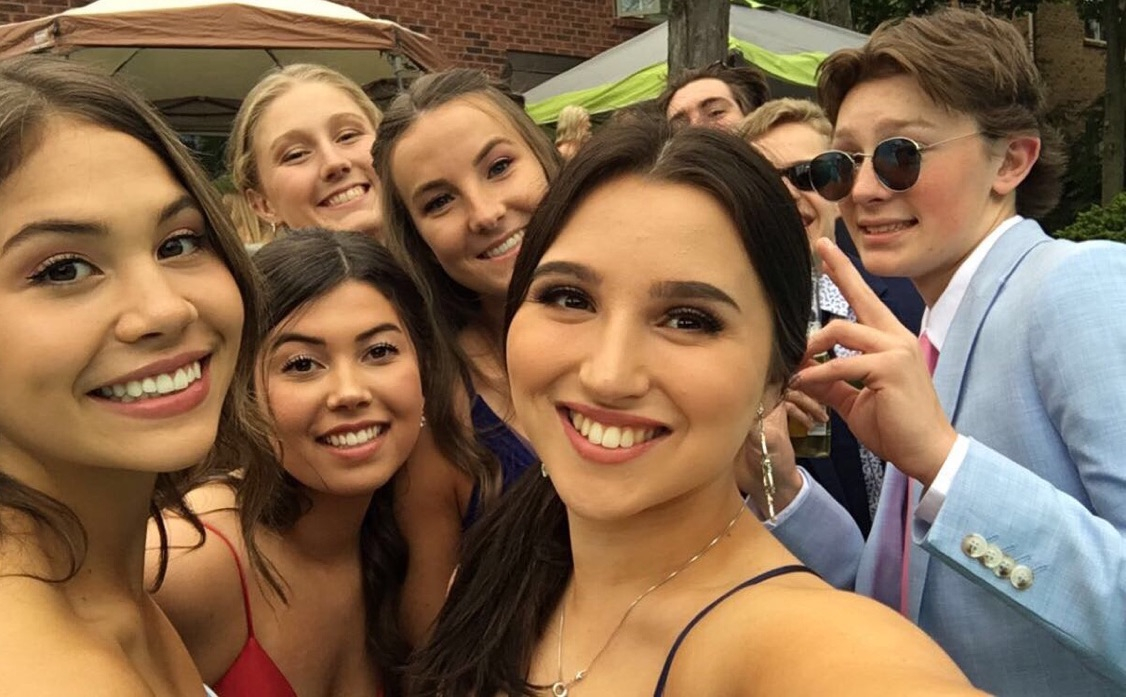 Sophia Divita and friends pose last year before a formal. This week, they will instead attend a virtual prom. Photo supplied by Sophia Divita
Previous story
Next story

High school proms are among the long list of social gatherings cancelled due to the COVID-19 pandemic, but high-school seniors in Toronto and across the country are not letting that stop them from celebrating.

This Friday night, thousands of students will tune in to a virtual party featuring the prime minister and a string of actors and musicians acknowledging their accomplishments.

“We wanted to take this negative impact that is happening and turn it into a positive by celebrating the end of high school together virtually,” says Sophia Divita, a senior at Notre Dame High School in Burlington, Ont., and one of the student organizers of the virtual ‘Prom Is On’ event.

She bought her prom dress back in December, and is hopeful that she will eventually get to wear it to an in-person event.

But for now, she’s focused on getting as many other students as possible signed up to join the online version organized by Student Life Network, which is connected to around 1.3 million high school and post-secondary students across the country.

Some three dozen senior high-schoolers from across the country were selected from among hundreds wanting to help organize the event, which will be streamed online this Friday starting at 8 p.m. Eastern.

“There was a flood of responses that were like, ‘Yes please, I’ve bought my dress’,” said Laura DaSilva, a spokesperson for Student Life Network.

Another student selected to help pull the event together was Rey Duff, who had wanted to be on her school’s prom committee since she was in Grade 9.

When high school proms got cancelled across the country in the wake of the COVID-19 pandemics, hundreds of graduating seniors volunteered to help Student Life Network create a virtual version.

“I’ve always viewed prom as this treat for working so hard,” said the student from Cardinal Carter Academy for the Arts in Toronto.

While acknowledging the experience won’t make up for the in-person celebration she had imagined, Duff said she is happy to have "the next best thing” and will be hosting a Zoom meeting with around 20 friends.

Zaiboon Azhar, from Toronto's Woburn Collegiate Institute, sees the event as a way for students to process the sudden interruption to their lives in the broader context of society’s upheaval.

“A lot of students, I know classmates of mine, have been experiencing a lot of sadness over everything being cancelled and senior year coming to an end so abruptly and not knowing how to deal with those emotions, because everything else seems so much bigger and more serious,” she said.

Student Life Network’s DaSilva said CIBC, a long-time backer of the group, has set aside more than $100,000 it plans to donate to Kids Help Phone, a 24/7 national hotline serving young people in distress.

She said other companies have stepped forward with smaller donations and prizes for students who take part in various activities in the lead-up to and during the event.

The combination of the national event that students across the country will be watching and the smaller events that friends can arrange to supplement it is at least a small consolation, the student organizers said.