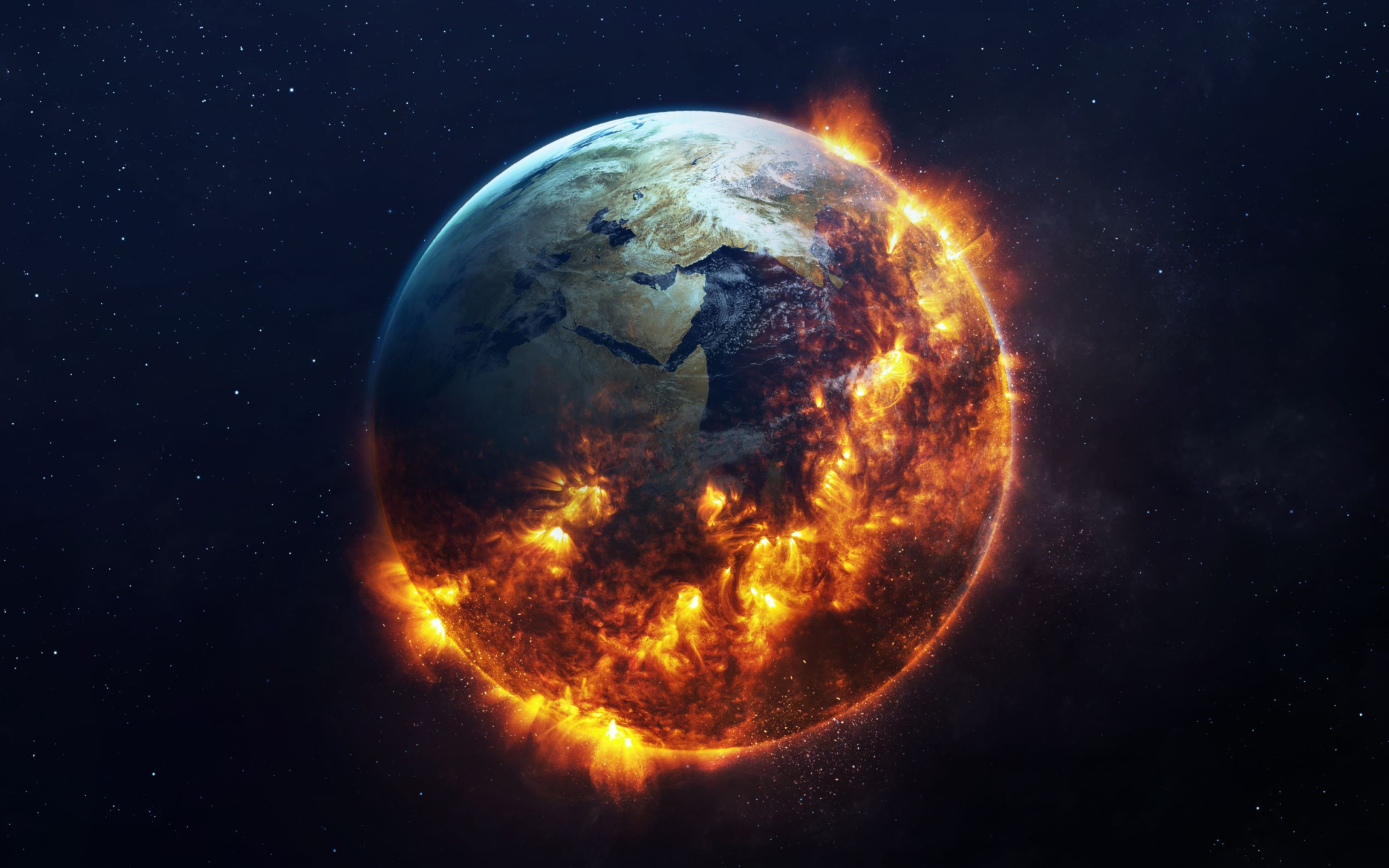 The climate crisis has not disappeared during the COVID-19 pandemic. Photo by Shutterstock
Previous story
Next story

During his re-election campaign last fall, Prime Minister Justin Trudeau promised to legislate a target to reduce Canada’s emissions to net zero by 2050 and to surpass Canada’s existing emissions target. Recently, however, federal Environment Minister Jonathan Wilkinson stated that the implementation of Canada’s new climate targets would likely be delayed due to the COVID-19 pandemic.

This isn’t the first time the Liberal government talked a big climate game and then failed to deliver. Following his election in 2015, Prime Minister Trudeau proclaimed to the world at the 2015 UN Climate Summit: “Canada is back, my friends.”

While the Liberal’s Pan-Canadian Framework and its accompanying measures were a marked increase from previous national climate efforts, Canada’s total greenhouse gas emissions have continued to increase during the Trudeau tenure, growing a total of nine million tonnes in three years, from 720 Mt Co2eq in 2015 to 729 Mt Co2eq by 2018.

Canada’s perpetual failure to reduce its emissions impedes global mitigation efforts. Canada is the world’s tenth highest-emitting state. Even amongst G20 nations, Canada’s per capita emissions are 2.5 times above average.

We have been setting and failing to meet emissions reduction targets for nearly three decades, while at the same time allowing our national emissions to reach a net increase by 117 million tonnes of carbon dioxide equivalent.

The pandemic is not an excuse to ignore climate obligations

The COVID-19 pandemic has dramatically altered our ways of living over the last few months. Shutdowns resulting from the pandemic may bring about a short-term global emissions reduction. A study published this month in the journal Nature Climate Change predicts that global emissions this year compared to last year will fall between 4.2 and 7.5 per cent.

If this forecast proves accurate, the global emissions reduction may even temporarily reach the rate-of-decrease demanded by the UN Environmental Programme, which calls for a 7.6 per cent reduction in global emissions every year between 2020 and 2030 in order to limit warming to 1.5 C.

If largely halting the global economy only just brings about the level of emissions reduction needed, how do we expect to meet such a target post-pandemic?

While responding to the pandemic is of utmost importance, Canada and other wealthy nations must not use this pandemic as an excuse to shirk their international climate obligations. Signatories to the Paris Agreement are required to submit a national emissions reduction plan this year to the UN Framework Convention on Climate Change, building off previously communicated plans and reflecting the greatest possible ambition.

"If largely halting the global economy only just brings about the level of emissions reduction needed, how do we expect to meet such a target post-pandemic?"

As of May 26, only ten nations, who collectively represent less than 3 percent of global emissions, had submitted their 2020 plans. If high-emitting states, such as Canada, do not commit to heightened ambition, it is unlikely that other states that are less responsible for the emissions in our planet’s atmosphere will do so either. Canada’s efforts to-date have led us to a near-bottom ranking by the Climate Change Performance Index, which ranks the climate action of high-emitting countries.

Canada can and must do better.

We must not forget that the climate crisis has not disappeared during the COVID-19 pandemic. A study published this month by researchers at the American National Oceanic and Atmospheric Administration and the University of Wisconsin found that extreme weather events, such as hurricanes, typhoons and cyclones, are becoming stronger decade after decade.

Over the May long weekend, Typhoon Vongfong displaced nearly 200,000 people in the Phillippines. This past week, Cyclone Amphan led more than two million people to evacuate their homes in Bangladesh, while another 500,000 people in eastern India were relocated.

For vulnerable communities around the world, climate change is not a distant emergency for which a response can be delayed until a hypothetical, politically convenient future. It is a present crisis with pernicious impacts that have already radically altered the way of life. This crisis warrants a dynamic political response.

Canada’s lack of climate transparency is an issue that long predates the pandemic. This past February, President and CEO of Teck Resources, Don Lindsay, wrote to Minister Wilkinson to explain why Teck chose to withdraw its $1.13 billion Frontier Project from regulatory review, stating that Canada did not have a “framework in place that reconciles resource development and climate change.” Such uncertainty may also help explain Kinder Morgan’s 2018 sale of the Trans Mountain pipeline and its expansion project.

Minister Wilkinson is not alone in thinking that the federal government ought to focus primarily on the pandemic and that efforts on other commitments can be delayed. However, the pandemic should not be a scapegoat to justify further climate inaction.

The pandemic has shown us that our actions do make a difference, and this season of change brought about by the pandemic presents a well-timed opportunity for Canada to build back better and become the climate leader it claims to be on the world stage.

Now is the time for bold leadership. In responding to the COVID-19 pandemic, Canada must develop a clean recovery plan that works in harmony with an ambitious climate agenda. Calls for green economic recovery plans have also been made by the International Monetary Fund and a group of more than 150 companies collectively worth more than $2.4 trillion.

Legislating stronger emissions targets and submitting these targets to the UN Framework Convention on Climate Change is pivotal in formalizing Canada’s climate commitment and showing the world that Canada is ready to do its part to limit further global warming — even amidst a pandemic.

Great article with handy statistics. Bookmarked for future reference. Unfortunately, we all pretty much know what needs to be done. But if we go stir-crazy over a reduced lifestyle after two months of COVID lockdown how will we survive years of environmental austerity?

Lots of us think we have the 'magic bullet' solution but it's not just one thing. It's all connected. We literally can't see the forest for the trees. For decades we have tinkered around the edges with limited results. We have short attention spans - the economy; job creation; inequality; social justice; housing; raising a family, etc.

We need political will, yes, but the political will to see beyond the next election cycle. Try asking your local Council, or MPP/MLA, or MP to think about Seven Generations from now. (That's 200 years) What kind of legacy will we leave?

Mother Nature will keep reminding us that it's a long game. The planet will still be here, but will we?

I reject the words "climate

I reject the words "climate austerity". That is the "sky-is-falling" hysterical language of the fossil spin meisters. This current pause in consumerist frenzy has allowed citizens the chance to experience what fewer fossil vehicles and mall trips makes room for: quieter, slower daily life, clean air, time to talk to people (on the phone or email) rather than buying stuff as an activity and an ENHANCEMENT of daily life--not austerity but better quality.
Active transport (ie walking or cycling) is not horrible when it is safe from speeding cars and buses. Hell even Toronto the car lover capital of Canada just announced 25 km of a ring road for active transport starting NOW. WOW.

WE have to reject the fossil industries propaganda and hysteria. A better way of life is possible. They are terrified we might start to realize that during this enforced pause and demand that it stay this way!!!

Insightful response, Valerie.
Just to underline a point in the article: Canada's GHG emissions in 2018 under climate leader Justin Trudeau hit levels not seen in a decade. Despite closure of coal plants.
The main culprit? You guessed it. Year on year increases in oil industry and oilsands sector emissions.

Excuse me. Please fix. Getting 'error' page not found message when clicking on this link:
Even amongst G20 nations, Canada’s per capita emissions are 2.5 times above average.