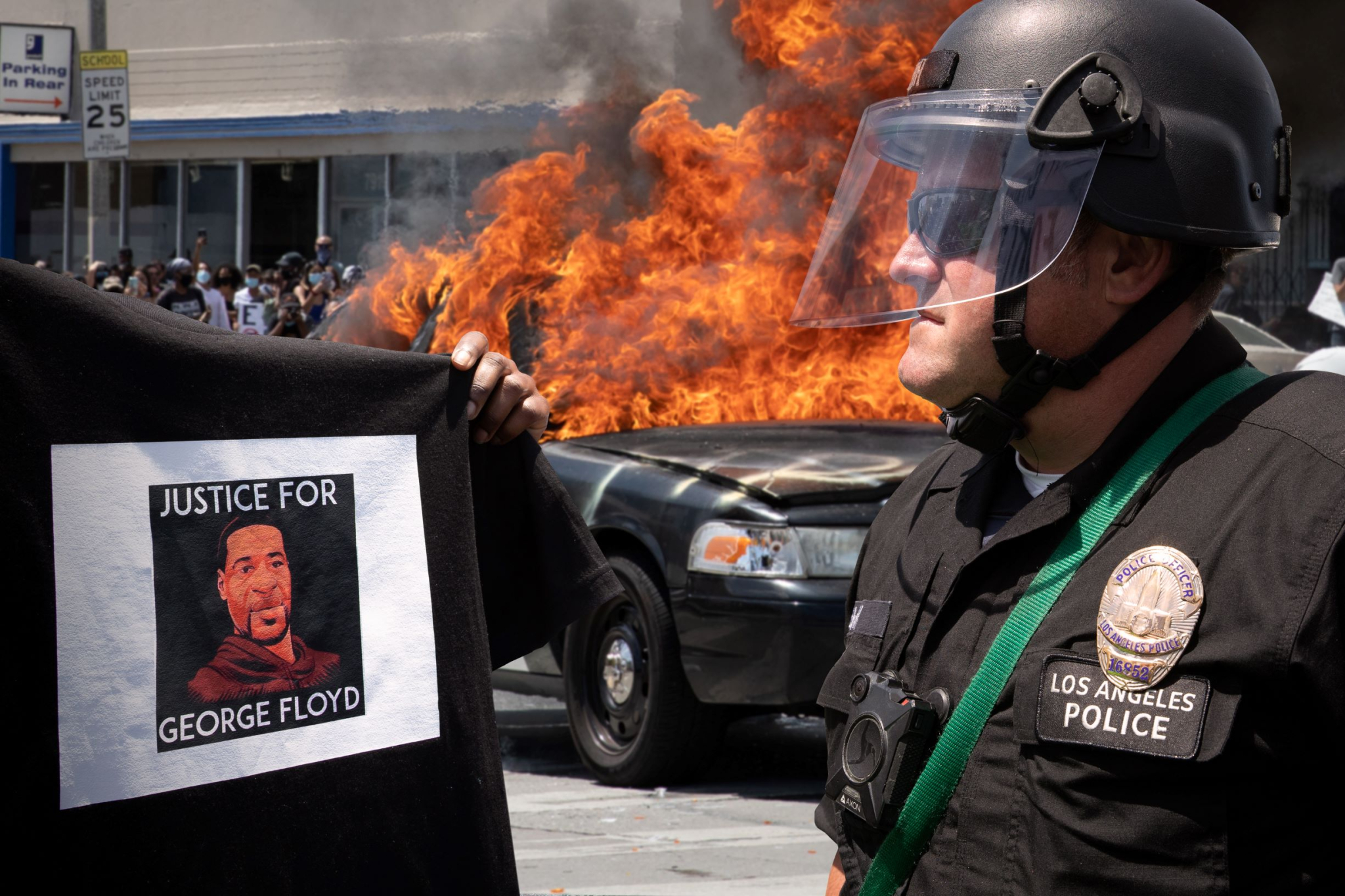 The United States is like a thick fog that Canada uses to hide reality and create the fantasy that we are better. Photo by Shutterstock.
Previous story
Next story

In 1969, then prime minister Pierre Trudeau famously said that living beside the United States was like “sleeping with an elephant.” Indeed, a beast of such size is impossible to ignore in even a king-sized bed, and his every grunt and movement becomes the problem of his bedfellow.

Canadians love to conceive of our relationship with the United States like this: we are helpless and can do little against the giant beside us. Roll over. Put a pillow on your head. Hope to God he doesn’t roll over on you.

But the relationship is much more than a tale of a helpless small animal keeping an even keel in the midst of an elephant. Our identity is formed not simply by lying beside the beast, but also by using the United States to whitewash and obscure our own reality.

The United States is more like a thick fog that we use to hide reality and create the fantasy that we are better: our racism is kinder, our inequality is milder, our problems aren’t as bad and therefore, life here is great.

This mythmaking forms the basis of mainstream thought that can be applied to pretty much any issue. The Globe and Mail editorial board used this as a justification for why Canadians should not support defunding the police: “Canada’s problems, though related, are different in nature and scale. As noted earlier this week, the number of people who die at the hands of police in Canada each year is around 26; in the U.S., it is more than 1,300.”

Policing, gun violence and racism get this treatment the most. White Canadian pundits and politicians are fast to reach to American statistics to argue that things here aren’t so bad.

When premiers Doug Ford and François Legault denied that systemic racism exists in their provinces, Shelby Thevenot argued that this is a common trope: “The premiers’ comments reflect a misconception that runs through the veins of Canadian society. Canadians have a history of presenting themselves as 'less racist' than the U.S., but systemic racism is as old as Canada itself.” She then details how Canada’s immigration system has discrimination built into it, through the points system that allows some people to immigrate to Canada more easily.

Deflecting criticism by referencing the United States has a long history in Canada, and it helps maintain white supremacy by calming people into believing that things in Canada aren’t so bad, if you look at the United States.

When politicians and journalists dodge criticism by pointing to the United States, they weasel out of needing to take how a problem has evolved specific to Canada seriously. It becomes an easy way to ignore important issues.

Canada might rank behind the United States in police killings, but the rate of people killed by police is far higher than most other countries, including France, Australia, the Netherlands and Portugal. The Globe and Mail missed this detail.

"The habit of using American fog to hide Canada’s own systemic racism has perpetuated white supremacy, and allowed decision-makers to avoid dealing with the problems that racism causes."

The defund the police and Black Lives Matter movements have roots in Canada that are as deep as they are in the United States.

Canada’s legacy of slavery is different than the United States’ but because of that difference, the echoes that exist today look different. Different is not a synonym of better.

More than 4,000 people were enslaved in Canada, and the richest Canadian families and religious orders owned slaves. Slaves were a mix of Indigenous and Black people, and a Black slave was evidence that someone had greater economic power.

Mainstream Canadian history took stories from the Underground Railroad to sanitize this history: rather than being a nation built on slavery, Canada welcomed freed slaves.

Where the economic power from slave-grown crops in the United States formed the basis for modern capitalism there, Canada derives its economic power from natural resources. Clearing vast territories to make way for resource extraction or farming: that’s the foundation of Canada’s modern economy. To do this required a concerted genocide against Indigenous Peoples, organized by the state and religious organizations and carried out by soldiers, police and religious activists.

The most efficient tool to achieve this was through the Canadian Pacific Railway, built to flood Western Canada with white settlers and to ship goods to market. The CPR was built by thousands of Chinese labourers. They weren’t slaves, but they were paid less than half of what white workers were paid, and given the most dangerous jobs along the most brutal parts of the railway to do the work.

Canada’s labour market, where racialized people are paid less and expected to put themselves in danger, is the true legacy of this history.

There is a straight line between the origins of Canada’s racist economy and the fact that the overwhelming majority of workers who have died from COVID-19 have been racialized: among health-care workers, the majority have been Black.

There are so many other examples too, the largest being the temporary foreign worker program, which is premised on the idea that foreign workers can be paid less to do difficult or dangerous work at wages that Canadian workers refuse.

The habit of using American fog to hide Canada’s own systemic racism has perpetuated white supremacy, and allowed decision-makers to avoid dealing with the problems that racism causes.

Until we ditch this trope, white supremacy will remain firmly entrenched in Canada.

as a former ESL teacher of

as a former ESL teacher of new canadians, I've had the luck to use texts written with a social justice lens and a global perspective since the 1880s. When I used that same perspective for Canadian history in "mainstream" classes, I got flack like you wouldn 't believe: suggesting orangemen from midland as perhaps not the most cool headed recruits to deal with French catholic /Metis and maybe a deliberate provocation and Lois Riel as educated and articulate enough to use Canadian Law against MacdDonald and therefore needed to be eliminated...... woh there nellie
Imagine what they thought of my take on murdering thousands of Innu dogs to force the People to stay still and be under RCMP control.......
A reckoning cant come too soon.
Senator Murray Sinclair says it in one sentence which needs to be deeply unpacked: it is up to settler culture to educate itself on the true history of this land.