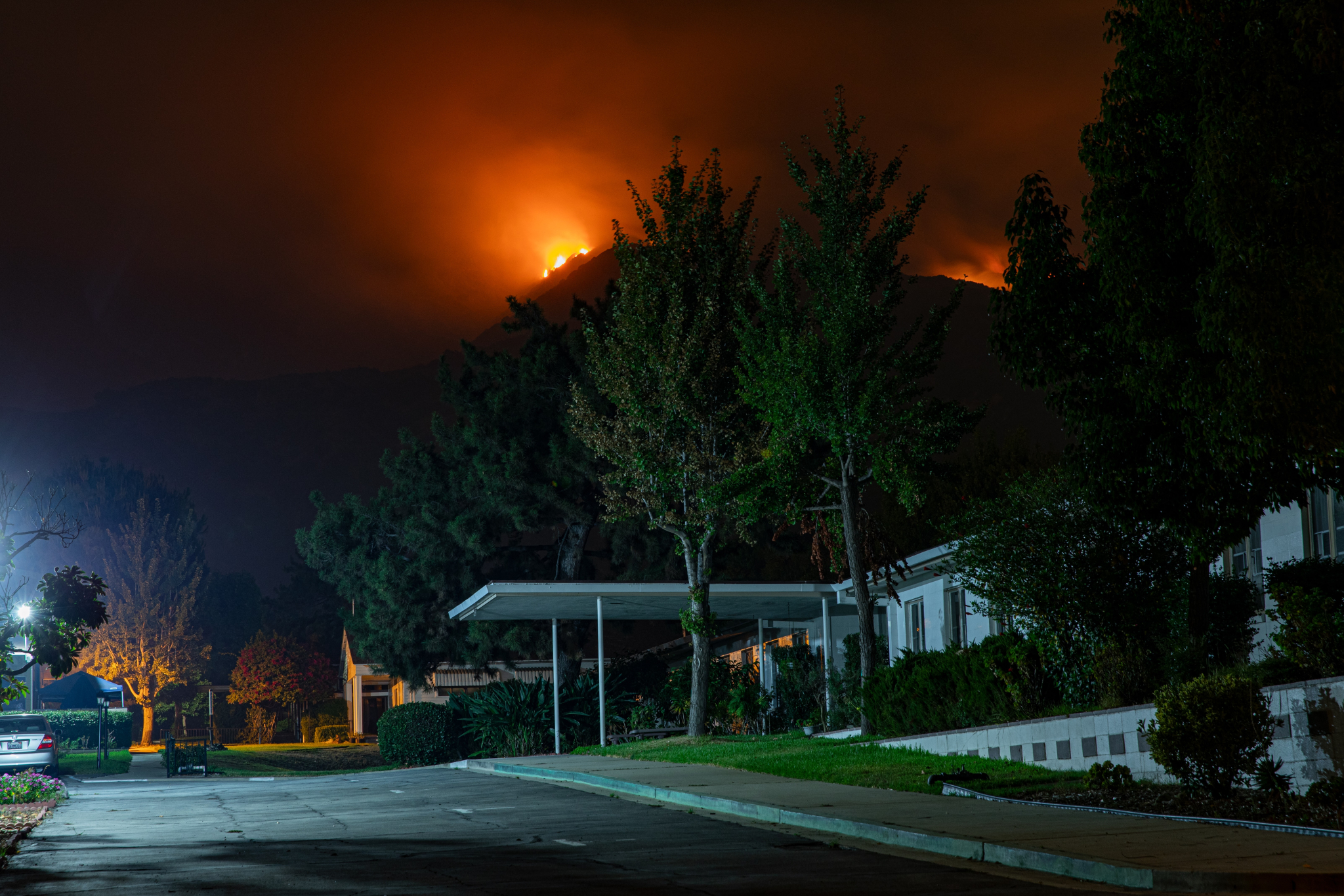 The Bobcat fire in Monrovia, Calif., 2020. Photo by Nikolay Maslov on Unsplash
Previous story
Next story

Humanity is facing a new war, unprecedented in history, the secretary-general of the UN has warned, which is in danger of destroying our future before we have fully understood the risk.

The stark message from António Guterres follows a year of global upheaval, with the coronavirus pandemic causing governments to shut down whole countries for months at a time, while wildfires, hurricanes and powerful storms have scarred the globe.

Guterres said: “Humanity is waging war on nature. This is suicidal. Nature always strikes back — and it is already doing so with growing force and fury. Biodiversity is collapsing. One million species are at risk of extinction. Ecosystems are disappearing before our eyes … Human activities are at the root of our descent toward chaos. But that means human action can help to solve it.”

He listed the human-inflicted wounds on the natural world: the spread of deserts; wetlands lost; forests cut down; oceans overfished and choked with plastic; dying coral reefs; air pollution killing nine million people a year, more than the current pandemic; and the fact that 75 per cent of new and emerging human infectious diseases have, like COVID-19, come from animals.

Though Guterres, like his two predecessors, has frequently spoken on the dangers of the climate crisis, this was his strongest language yet. The UN was founded 75 years ago at the end of the Second World War to try to promote world peace after two devastating global conflicts. Guterres made a deliberate invocation of that original mission, applying it to the climate and biodiversity crises.

“Making peace with nature is the defining task of the 21st century,” he said, in a virtual address entitled the State of the Planet, at Columbia University in New York. “It must be the top, top priority for everyone, everywhere.”

He said future generations would face ruin from our actions today. “This is an epic policy test. But ultimately this is a moral test … We cannot use (our) resources to lock in policies that burden (future generations) with a mountain of debt on a broken planet.”

He also put inequality firmly at the heart of the problem, warning that the poorest and most vulnerable — even in rich countries — were facing the brunt of the attack.

“Making peace with nature is the defining task of the 21st century,” UN Secretary-General António Guterres said. “It must be the top, top priority for everyone, everywhere.” #COP26 #ParisAgreement #climatechange

Guterres said greenhouse gas emissions were 62 per cent higher than when international climate negotiations began in 1990. A report from the World Meteorological Organization, also published on Wednesday, found 2020 was on track to be one of the three warmest years on record globally, despite the cooling effects of the La Niña weather system, while the past decade was the hottest in human history and ocean heat was found to be at record levels.

Even with the impacts of the coronavirus crisis, greenhouse gas emissions are set to rise again this year.

However, Guterres also struck a note of hope. Many countries, including the biggest emitter, China, the EU and the U.S. president-elect, Joe Biden, have adopted targets of reaching net-zero emissions around the middle of the century. Renewable energy is now cheaper than coal in many regions, and new technologies such as electric vehicles are gaining pace.

He said: “I firmly believe that 2021 can be a new kind of leap year — the year of a quantum leap towards carbon neutrality. Sound economic analysis is our ally.”

Investors and governments must seize the opportunity to “flick the green switch” while there was still time, he said. He looked ahead to the vital UN COP26 climate talks, to be hosted by the U.K. next year, as the moment when nations should make a decisive turn towards a green global economy.

In 10 days’ time, Guterres, along with the French government and Boris Johnson, will host a summit of world leaders to prepare for the COP26 talks that were postponed by a year to next November because of the pandemic.

At the Climate Ambition Summit, which marks five years since the forging of the Paris Agreement, governments are expected to affirm plans to reduce greenhouse gas emissions drastically in the next decade, in line with their long-term goals.

Earlier this week, the Climate Action Tracker calculated that if all the net-zero pledges made by governments and leaders were to be fulfilled, temperatures would rise by about 2.1 C above pre-industrial levels. That is not far above the upper limit set by the Paris Agreement, of holding temperatures to no more than 2 C above pre-industrial levels, regarded as the limit of safety beyond which climate breakdown is likely to become catastrophic and irreversible.

However, that depends on long-term targets set for decades hence to be fulfilled with action now. Guterres warned that pledges were not enough in themselves.

He said: “We need all governments to translate these pledges into policies, plans and targets with specific timelines. This will provide certainty and confidence for businesses and the financial sector to invest for net zero.”

Guterres called for countries to put a price on carbon emissions, stop investing in fossil fuels and phase out fossil fuel subsidies, stop building new coal power plants and to shift their fiscal base from taxing incomes to taxing pollution.

He also said governments must act swiftly on the biodiversity crisis, as the UN plans several major conferences next year that will address species destruction, the oceans, food production and cities. “Next year gives us a wealth of opportunities to stop the plunder and start the healing,” he said.

The stark message from Guterres was echoed by Laurent Fabius, the French foreign minister, who led the landmark Paris conference in 2015. “There is no vaccine against climate warming,” he warned. “But there is an antidote, which is to fully implement the Paris Agreement.”

He said financial assistance for developing countries would be essential to forging a global consensus on reaching net-zero emissions, as it was fundamental to success at Paris.

“Money, money, money,” said Fabius, was key to the talks, and rich countries must make good on their promise to provide at least $100 billion a year to developing nations, to help them cut emissions and cope with the impacts of climate breakdown.

Along with financial assistance, governments must try to ensure that the transition to a green economy benefited all sections of society, added Fabius. “The question of climate change is also a question of inequality. We must deal with this, otherwise we have a big problem.”

Amber Rudd, the former U.K. energy and climate minister, who represented the U.K. at the Paris talks, said Boris Johnson had weakened his own position at COP26 by reducing the U.K.’s spending on overseas aid, which would diminish the host’s leverage in bringing developing countries together.

“A country that understood the seriousness of COP26 would not be cutting international aid right now,” she said.

Canada is losing the race to low-carbon prosperity