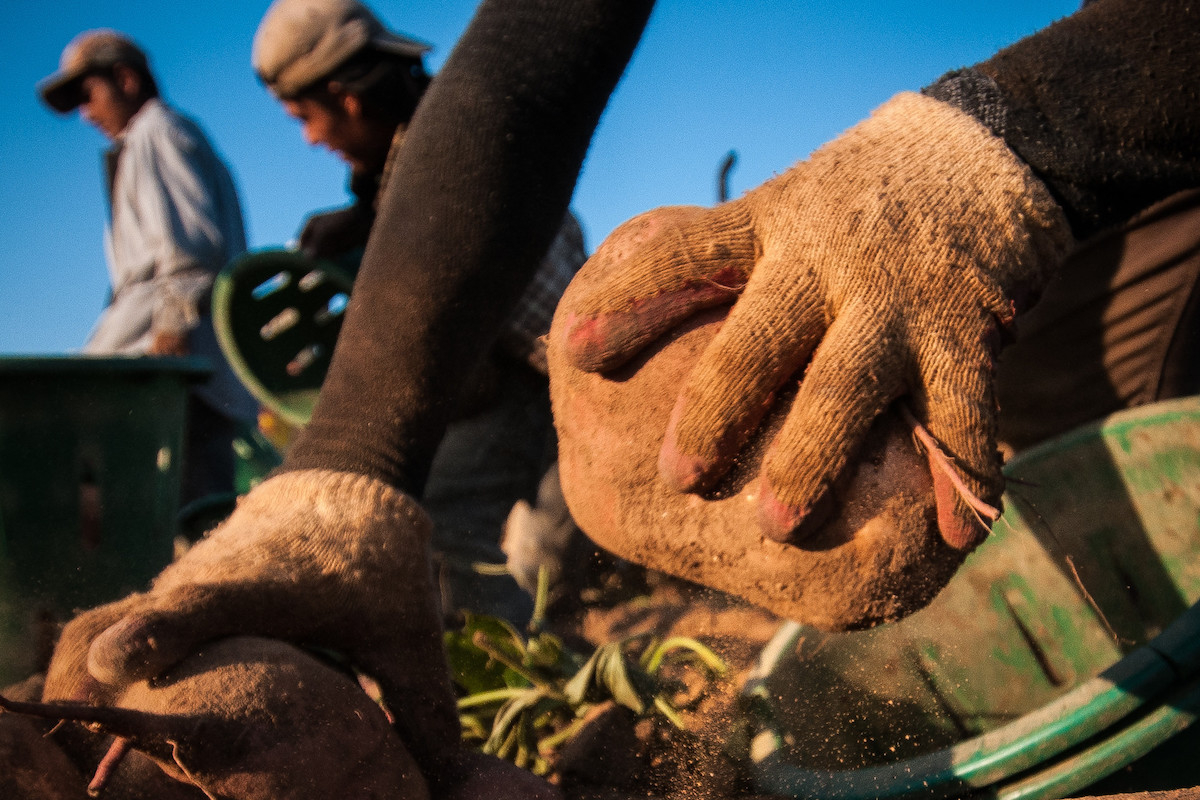 Eating more plants is the key to eating local and sustainably, according to a recent study modelling how more than 350 major U.S. cities could feed themselves.

Until recently, however, no one knew if it was actually possible to feed everyone in dense urban centres locally — or how to do it, said Julie Kurtz, research analyst at the International Food Policy Research Institute and lead author on the study.

Canadian cities were not included in the research — Canada doesn’t provide enough detailed agricultural data — but about 66 per cent of Canadians live within 100 kilometres of the U.S. border and share similar ecological conditions. That means her results can likely offer insights into the situation here, too, she said.

“There have been a number of urban centres that have done this kind of study,” she said. “But the real question is: What happens when you put that on a continental scale, and you have competition between these different cities?”

The team developed a model to estimate whether 378 U.S. metropolitan areas could meet their food needs from local agriculture within a 250-kilometre radius, or “foodshed.” Then they created seven different diets that range from current average U.S. meat consumption — about 141 grams per day — to an entirely vegan diet. The study used current yield and climate data, which Kurtz noted will likely change as climate change leaves some parts of the U.S. more susceptible to drought, floods, forest fires, or other natural disasters.

Those results showed that even moderate reductions in population-wide meat consumption could significantly increase an urban centre’s ability to meet its food needs locally. That’s largely because meat production, especially beef, takes a lot of land, Kurtz explained. As soon as some demand for meat dropped, the area needed to produce enough food fell significantly.

“When you move towards 50 per cent omnivorous — half the (current) meat consumption — or 20 per cent omnivorous, suddenly these areas that would just blow your mind could actually locally source enough land,” like parts of the densely populated U.S. Eastern Seaboard, she said. Under the current average U.S. diet, the team found that only urban centres in the U.S. northwest and interior — Seattle or Chicago, for example — would be able to meet their needs locally.

Reducing meat consumption, particularly industrially raised meat, has significant positive environmental and climate impacts. Meat contributes up to eight billion tonnes of CO2 per year, roughly the emissions of 1.6 billion cars, and according to the International Panel on Climate Change, a global shift to diets that contain less meat is essential to keep global warming under the 1.5 C limit agreed to in the 2015 Paris Agreement.

Kurtz said the team also found that most of the rural U.S. has access to far more agricultural land than what is needed to meet local food needs. That land could be used to grow crops for biofuel or export. That would help sustain the country's export market and reduce global demand for commodity crops grown in delicate environments, like soy grown in the Amazon.

Eating more plants is the key to eating local and sustainably, according to a recent study modelling how more than 350 major U.S. cities could feed themselves. #foodsecurity #agriculture

Beyond reducing meat, however, Kurtz said the team’s model couldn’t develop specific guidelines to determine what kinds of foods different parts of the country might want to prioritize.

“For our modelling purposes, there’s no difference between land that’s producing strawberries versus soybeans,” she said because the data they used wasn’t detailed enough to let them predict which crops made the most sense in specific areas.

“At this scale, we can’t make the decision whether it is best to plant apples or oranges. That really has to be a local decision that is shaped by the climate and — if you really want to have a localized food system — by what people want to eat.”

It’s a sentiment echoed by Abra Brynne, policy adviser to FarmFolk CityFolk and a food systems expert who was not involved in the study. Resilient local food systems need to be adapted to an area’s climate and geographic conditions. In many places — including B.C. — moderate amounts of sustainably raised meat and animal products will likely be part of that system, she said.

“There’s a significant crisis playing out around the world from both climate change and the pandemic, and building resilience to the degree possible I think is a wise measure,” Brynne said. That doesn’t mean importing no food at all, she said, but trade can’t be the default mechanism to supply all of a community’s social, nutritional, or cultural food needs.

The goal for local food systems should be “if push comes to shove, at least we’ve got the staples,” she said.