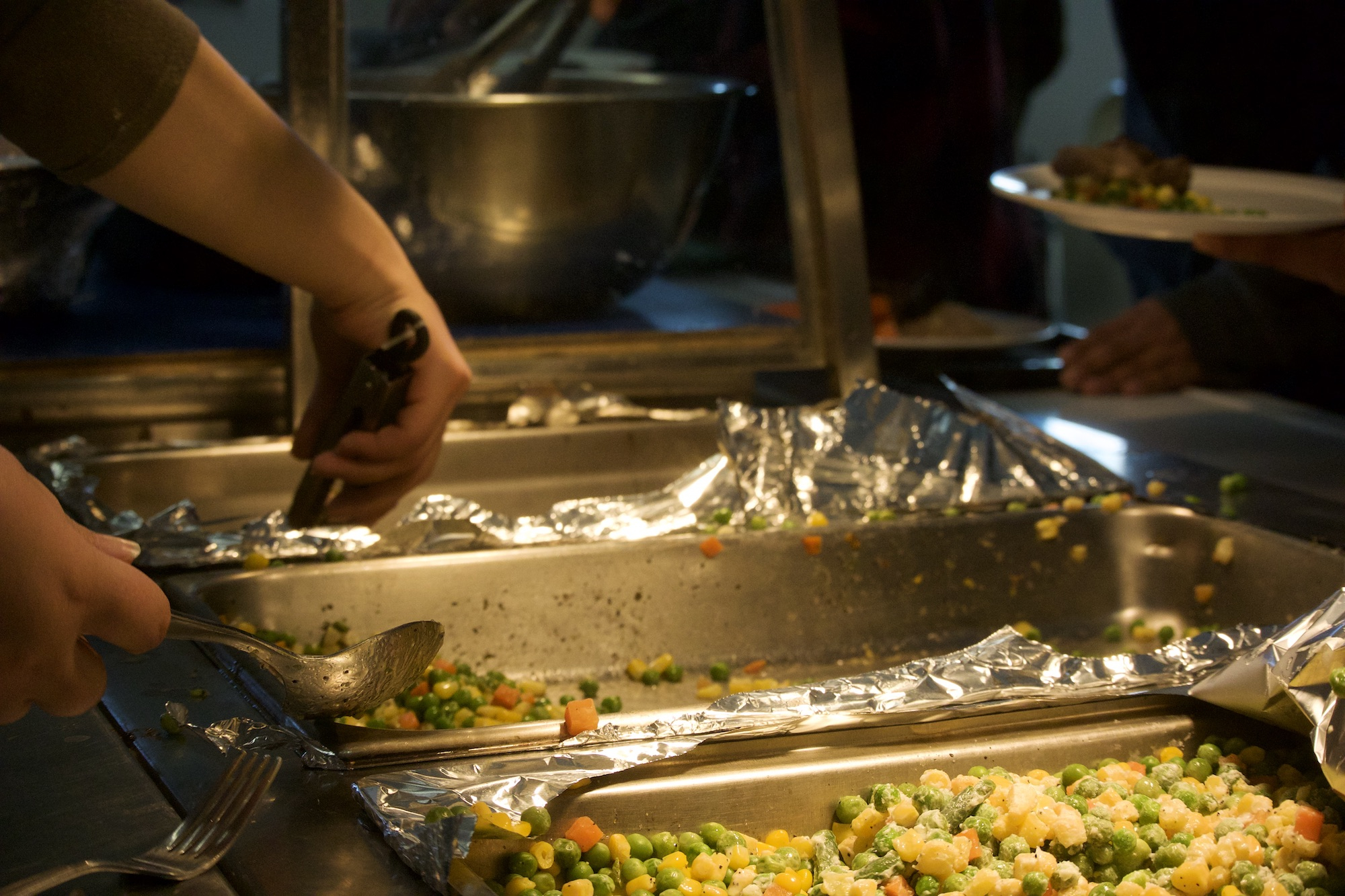 Home economics is an oft-overlooked tool to improve food literacy, said Kerry Renwick. In Iqaluit (above), students are heavily involved in planning and cooking a regular lunch program for the city's high school. Photo by Marc Fawcett-Atkinson
Previous story
Next story

From farm to fork and beyond, food is responsible for between 21 and 37 per cent of greenhouse gas emissions worldwide. Yet despite growing awareness that changing diets can help the climate, many people still don’t know how to eat more sustainably.

Kerry Renwick thinks a key tool to closing that gap is being ignored: Home economics.

“We all make food decisions,” said the professor of education at the University of British Columbia. As we face down the climate crisis, the impact of those decisions is increasingly important. Home economics, with its focus on teaching about food, offers an entry point to educate people about food systems — and help them make more sustainable decisions.

When well-taught, Renwick said the subject offers more than the easy-going cooking or practical skills lessons many Canadians might associate with home economics. It’s an entry point to understand the role of food — and cooks, and eaters — within the context of the larger food system.

“It recognizes not just the end user (of food), but (the) whole system. That holistic approach is particularly important for a number of different reasons,” she said. “When you only focus on the end user … it leads to this notion that we are just consumers, both of food and of products and services as well. To me, that’s really quite disempowering.”

That’s problematic, she explained, because it makes it easier to ignore the systemic issues that shape what, and how, we eat. Individual actions matter — eating less meat is one of the most potent ways for someone to cut their carbon footprint, for instance — but the onus can’t fall on individuals alone.

Learning to see this broader context is a key part of contemporary home economics, Renwick said. And unlike more academic classes, the subject offers a way to link these insights to practical actions.

“You start to look at the whole food systems approach” and not just theory or practice, she said. “(You ask) what are the cultural things? What are my memories about food? What is it that I see as being important in food? How does it work in my daily construction of my culture, within the context of my family and the environment around me?”

That potential is far from being realized, however. First introduced in Canadian schools in the early 1900s, home economics aimed to teach “through doing, not merely passive absorption,” according to a 2010 study by the province’s Teachers of Home Economics Specialist Association. But starting in the 1950s, subjects like physics or chemistry began sidelining home economics classes in curriculum.

Subsequent movements, from feminist backlash against a subject often seen as keeping women out of the workforce to push back from school administrators against its focus on applying critical theory in daily life, further diminished its prominence. More recently, a long-standing shortage of qualified teachers and a suite of education policy changes in B.C. have made the courses harder to come by, the study found. The trend continued through the 1980s and 1990s as schools became increasingly focused on ensuring students were employable, Renwick said.

From farm to fork and beyond, food is responsible for between 21 and 37 per cent of greenhouse gas emissions worldwide. Yet despite growing awareness that changing diets can help the climate, many people still don’t know how to eat sustainably.

“Education became about employment, rather than employment and citizenship … The focus moved from more of those social, political kinds of notions to purely being for economic employment purposes.”

The subject has also been historically highly gendered, attracting more girls than boys due to broader societal pressures. Unfortunately, that perception also likely contributed to it being sidelined, she said.

That’s not to say there’s no interest. Between 1999 and 2006, enrolment in B.C. high school food studies classes increased 30 per cent. Meanwhile, the total number of students in schools fell by about 40,000, according to the 2010 study. Recent years have also seen a surge of interest in “adulting” classes that teach adults everything from cooking to DIY repairs to budgeting.

For Renwick, not knowing those basic life skills — and seeing how they fit into larger issues like climate change — isn’t merely an inconvenience. It’s negatively impacting our environment and making it more difficult for us to push for effective systemic change.

“There are so many things around our daily choices that we are making in ignorance and lack of understanding about the impact of those decisions,” she said. “A lot of things go on in our name as a consumer that if we really knew about, we wouldn’t want.”

Still, beyond the subject’s potential to help teach the next generation more sustainable ways of eating and living, Renwick said COVID-19 has thrown the subject’s relevance in many people’s faces.

“Many people are coping and doing OK because of what they have within their home context. So many businesses would now be failing if people did not have their homes,” she said.

Absolutely this needs to be

Absolutely this needs to be front and centre for what students are taught.add clothing and shelter to this too. Being able to understand how we feed, clothe and shelter ourselves gives core practical skills and can also open up to the bigger picture issues of textile tracing and housing challenges. Maths, sciences, social studies can all be taught thru the lens of food clothing and shelter towards understanding personal actions and climate accountability

I am happy the

I am happy the recommendations include upping the ante on food education.

However, diet is just the second to last stage (before food waste) in the food and climate cycle. Education should touch on agricultural practices. Michael Pollan has been writing about the link between food consumption and agriculture for years, and was one of the first mainstream authors to promote a majority plant-based diet.

I believe this issue is interconnected with sound urbanism. Local diets dovetail with protected greenbelts surrounding our urban population while helping to contain sprawl and constrain urban form to the most efficacious models, like transit-oriented growth and building Missing Middle housing types in the suburbs. Food production is thus well within 100 km of the consumer, and can be produced year-round with both market garden fields and greenhouses. Regenerative agricultural practices build the soil, promote higher crop yields via non-petrochemical means, and is capable of sequestering millions of tonnes of carbon annually over the large scale. Greenhouses can be heated with solar or a combination of solar with ground-exchange geothermal.

Why would we continue to import our produce from fields 3,000 km away in regions that are too vulnerable to the ever-steeper upward curve of climate-induced drought?

Commendable, but nobody should depend on this. If you could talk people out of their dietary preferences for moral reasons, we'd all have become vegetarians generations ago.

People keep claiming that they support climate improvements - but in their purchase choices, they've spent decades ignoring compact cars and mass transit in favour of buying the family a van and an SUV. The average vehicle weight in North America has gone up by 30%.

In China, they now slaughter 700 million hogs a year. Two hog-holocausts per week, if you will. Nothing has been more popular, since they got enough money to buy it, than meat.

So I'd have a plan B that did not involve everybody changing their diet.