Want to avoid GMOs? New rules will make that harder 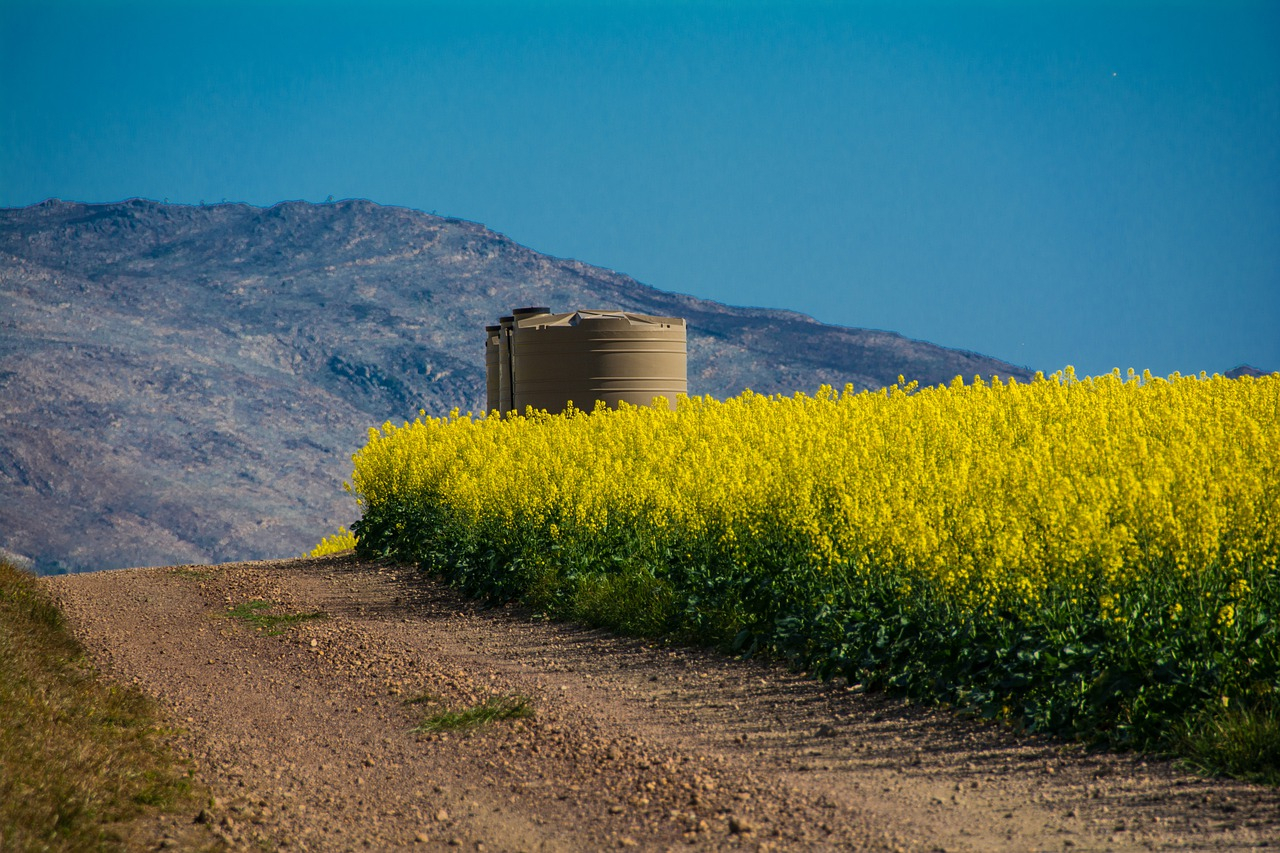 There are currently no gene-edited crops on the market in Canada. However, in 2013, biotech company Cibus commercialized a canola it said then was gene edited, but the company has since changed its tune. Photo by psprint / Pixabay
Previous story
Next story

Last month, Health Canada released draft guidance, or documents the government will use to guide its application of laws and regulations for genetically modified plants and derived food products. Under the new guidance, which is now open for public consultation, only plants that show changes in five potentially harmful traits — like toxicity or nutritional composition — will undergo food safety assessments by Health Canada.

The remainder — including some genetically modified organisms (GMOs) developed using new gene-editing technologies — will be exempt.

Gene editing (or genome editing) refers to a suite of new techniques that can change an organism’s DNA at a specific spot on its genome. While foreign DNA is often used to make the genetic changes, it does not remain in the final organism, as is the case with previous kinds of GMOs.

The technology allows scientists to add specific, desirable traits to an organism’s genome, bypassing the lengthier and less-precise methods used in traditional breeding or earlier genetic modification techniques. It is also much faster and cheaper than earlier GMO techniques, and is regularly used in medicine. CRISPR is among the best-known gene-editing technology.

The proposed guidance will make it easier for companies developing gene-edited plants to get them to market. The changes will also alleviate a burden on the agencies reviewing gene-edited plants, Health Canada and the Canadian Food Inspection Agency (CFIA), documents outlining the proposal explain.

Under the planned regulations, companies creating new plants and food products will not need to submit their products to Health Canada for a “pre-market” risk assessment if they:

Plants and food products that don’t meet all these criteria will be considered “novel” by the government and require an assessment before going to market. Those that do will be considered “non-novel,” and be exempt. The approach builds on the current regulations, which evaluate only the final product for safety, not the process used to create it.

That means plants or foods created through conventional breeding techniques and gene editing alike will undergo a risk assessment if they have “novel” traits. “Non-novel” plants will not. The companies creating them will, however, be encouraged to voluntarily make information about their gene-edited plants publicly available through the Health Canada’s website.

So far, no gene-edited plants are on the market in Canada. However, in 2013, the biotech company Cibus commercialized a herbicide-tolerant canola it said then was gene-edited using a proprietary technique. At the time, it was approved for use in Canada by Health Canada and the CFIA.

No Regulatory Exemptions: Health Canada is talking about allowing companies to make their own safety determinations for some genetically engineered foods. Tell the Minister of Health @CDNMinHealth to regulate all #GMOs #cdnpoli https://t.co/tv6o6INOJd

That won’t be the case in Canada. Since “non-novel” gene-edited plants and foods won’t be subject to a government “pre-market” risk assessment, they could end up on supermarket shelves without consumers — or Health Canada — knowing.

“As with any other food, Health Canada does not monitor market penetration of (gene-edited) foods in the Canadian food supply,” the agency said in a March statement. “CFIA (also) does not track information about the commercial status of plants based on their method of development because their impact on the environment is considered to be the same as those already on the market.”

If our government finds it

If our government finds it ethically correct to approve genetically modifying nature, they MUST legislate to ascertain absolutely that all GMO's are CLEARLY IDENTIFIED AS SUCH and monitor this ruling very closely. Consumers must be free and readily able to chose between nature and gmo's - it would be highly unethical to secretely impose unwanted gmo's on the population.

So these "non-novel" GM

So these "non-novel" GM plants with no foreign genes seem in part to be basically the company saying "Well, we could have made stuff just like this with old-fashioned breeding, but then we wouldn't have been able to patent it."

There is a fundamental

There is a fundamental difference between plants with one targeted gene modified using CRISPER and GMO products that transplanted genes from one organism to another. The latter technique is hazardous because it is possible to transplant genes other than those intended and in addition, it is v. difficult if not impossible to predict exactly what metabolic effect the transplanted genes will have. In this case the general public's caution is warranted, but we should not confuse the issue by using the same label for both. The CRISPER technique is equivalent to selecting a gene variant by breeding, except that the geneticist is guaranteed to get the desired variant, while a plant breeder has to rely on chance and serendipity.
In this context, the important questions to ask of government regulators are: How will the breeders demonstrate that there was no change in toxicity? How will they show that there is no [detrimental] change in nutritional value? etc. Just like vaccine producers, we need to know how CRISPER breeders will test their products and what documentation will be provided to the regulators.

I can expect some deeply felt

I can expect some deeply felt pushback for my comment, but put me down as unafraid of GMOs. I recently read a study that pointed out that 3 out of 4 scientists, who understand genetics, support GMOs. The proportion is the exact opposite in the general population. Most of us either don't understand the science, or misunderstand it. There are phenomenal benefits in modifying our foodstuffs, to feed a burgeoning population and to answer to climate change. Golden rice, for example (University of California, I believe), donated to the public domain, weathers drought much better and is more productive.
I understand folks' opposition and I'm not particularly critical. I hope they will accord my view the same respect and consideration.

I cautiously agree with Doug

I cautiously agree with Doug Baker's take on the science and applaud the Golden Rice public domain status.

I think one of the problems with the current guidelines is their tunnel vision focus on detriments to human health. It is really a matter of the potential effects on the entire ecosystem of food production. Does the modified crop have deleterious effects on soil health? on the organisms in the soil and water that are part of the essential process of vegetative growth? How much longitudinal research has been conducted on these fungal and bacterial entities that underpin the entire food chain? Gene editing is a mightily accelerated form of evolution and it is brought to market without the trial and error testing that evolution imposes on life.

Well, there are certainly

Well, there are certainly arguments on different sides. It's not as cut and dried as climate change. But part of the problem is that the companies pushing the GM crops are doing various corrupt, deceitful things related to them: They try to block research they do not control, they enforce NDAs that disallow people from publishing findings without their consent--which of course they only give where the findings are in their favour, they have done online campaigns to harass researchers that disagree with them, and they go to great lengths to "capture" regulators and arrange for favourable regulations. This kind of thing is going to make people suspicious that they must have something to hide and that their products must not be able to get through an unbiased regulatory setup.
The other big problem is that for all the talk about golden rice and feeding the world and so on, the vast majority of GM organisms in use have just two significant characteristics:
1. They are patented, and so the price of seed to farmers can be jacked up.
2. They produce pesticides or are resistant to herbicides.
The latter characteristic seems to exist mainly for the purpose of allowing more sale and use of herbicides.

Given that, whatever the general issues around genetic modification may be are almost a smokescreen, real though I think they are. The main practical questions about the majority of GM crops are,
--Do we want crops that constantly secrete a low level of pesticides?
--Do we want crops that encourage massive applications of herbicides?
--Do we want farmers to be over a barrel at the mercy of multinational corporations because the seeds they need are patented?
I tend to feel the answers to all these questions are "no". And any GM food in the grocery store is 95% likely to be answering "yes" to two of them. So yeah, I want it labelled. Or maybe banned.

A key question that the

A key question that the Federal Government and Health Canada need to be asked is whether these changes are being made to enable Canada to meet its new NAFTA obligations. A key theme of the new agreement is regulatory harmonization with the US. This covers a broad swath of Canadian public and health policies and operates through various committees which have been established to facilitate the harmonization process. So the question is whether these changes have come about in response to pressure from US agribusiness and its Canadian subsidiaries through this new regulatory process. Health Canada should be put on the spot to explain whether there is any connection with our new NAFTA obligations.