Film highlights how lobster fishers could help save right whales 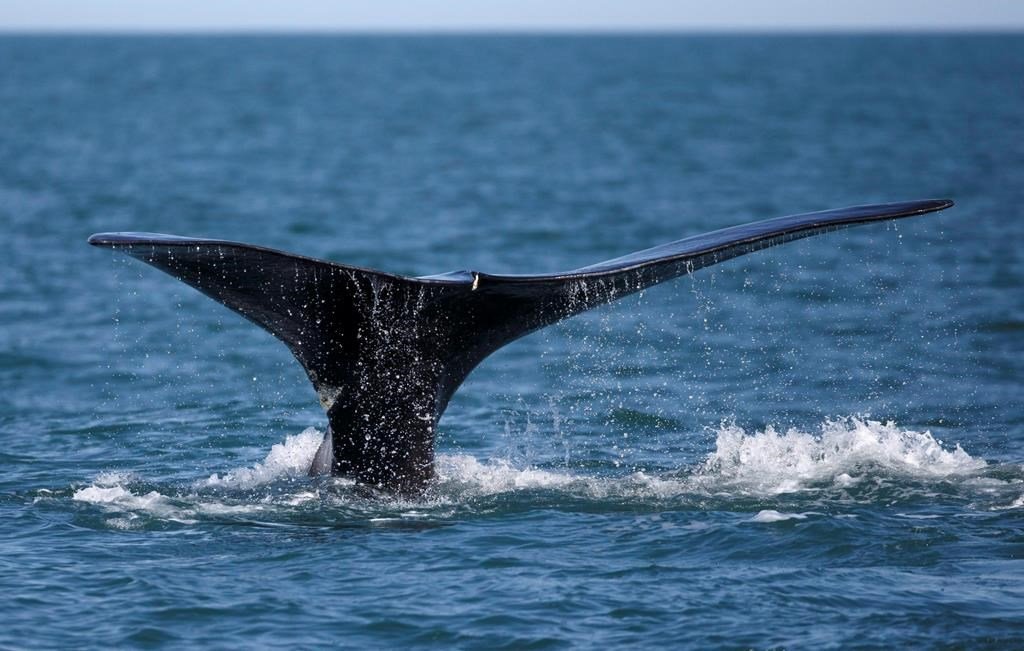 A North Atlantic right whale feeds on the surface of Cape Cod bay off the coast of Plymouth, Mass., on Wednesday, March 28, 2018. File photo by The Associated Press/Michael Dwyer
Previous story
Next story

David Abel sees a clear solution to the human threat posed to North Atlantic right whales, involving a rethink of the rope-based methods of lobster fishing off New England and Atlantic Canada.

The Boston Globe journalist and documentary maker, along with producer Andy Laub, laid out the vision in the film "Entangled" released this week. It portrays the tensions between environmentalists, regulators and lobster harvesters during 2019 as the whale appeared on the way to potential extinction.

Warming waters in the northeastern Atlantic have put the whales on a collision course with fishing gear in lobster and crab areas, as well as bringing the animals into shipping lanes where vessel strikes are more probable, the documentary notes.

The threats have created challenges for the National Marine Fisheries Service in the United States and the federal Fisheries Department, as they've have struggled to balance the vying interests of an endangered species with the need to preserve a mainstay fishery of northeastern North America's coastal communities.

The film argues the issue is how to address the hundreds of thousands of vertical fishing lines used to mark the spot where lobster traps — known as "trawls" — are set, without damaging the livelihoods of small-scale fishers.

"Ropeless fishing is the future," said Abel in an interview last week from his home in Boston, referring to various technologies that remove vertical lines from trap setting and retrieval.

The movie opens, and is interwoven with, stirring images shot from overhead and alongside the whales, as the majestic and curious mammal appears to revel in its ocean environment.

"The right whale is one of the wonders of the living world, but if something in our management doesn't change, the direction of the population points to zero, and that's extinction," Scott Kraus, chief scientist at the New England Aquarium, says during the documentary.

Kraus and others make the case that with a population estimated to be below 400 animals, only one death a year should occur from human causes — a figure that up until 2020 was being exceeded every year for two decades.

The 74-minute documentary uses a New England Aquarium computer animation to help the viewer visualize a whale catching on the vertical lines, spinning and becoming further entangled with the next line.

The heavy lines that tear into their bodies can sometimes mean a slow death sentence that lasts up to six months.

In response, an annual three-month closure of Cape Cod Bay to lobster harvesters began in 2015, along with widespread closures of fishing areas in the Gulf of St. Lawrence in Canada.

"It hit, it hit hard. I had college payments to make, mortgage payments. It seemed to get tougher and tougher every year...I don't want to see any more closures, I want to see scientists and fishers work together," Rob Martin, a lobster fisher in Massachusetts, told the documentary makers.

Abel said in an interview one of the most promising solutions to the problem could be advancements in fishing gear, where the location of the trawl is marked with acoustic signals and various technologies are employed to lift the first trap off the ocean bottom during retrieval.

He said in Massachusetts, where some fishing areas are closed from February until May, new regulations are coming in that will allow fishers to experiment with the gear.

Near the end of the documentary, viewers are shown one system under development as Richard Riels, the founder of the Sea Mammal Education Learning Technology Society, or SMELTS, invites the journalists into his workshop in Washington State.

He's created a system of lineless lobster traps where an underwater signal is set to report the trap's position. When the fisher returns, an inflation system is used to bring it back to the surface.

"The technology is there. If we can afford it, we don't know. Can we get enough of it built to affect global industry? It's a big challenge," said Riels.

In Canada, systems of closures of lobster and crab areas are keeping the mortality rates down from entanglements for now. Data from the federal fisheries department shows there were no North Atlantic right whale deaths or new entanglements reported in Canadian waters in 2020 or as of June 18, 2021.

Meanwhile, Campbell said the department is open to industry expanding their ropeless gear trials in closed areas this year.

Ross Arsenault, co-founder of Halifax-based Ashored Ltd., has worked with his team to create a buoy that goes underwater with the traps, with a retrieval system that floats it to the surface when it's time to haul in the catch.

He's doing pilot projects with fishers around the region, and said costs are rapidly falling as innovations are developed.

Arsenault said the goal is to have gear that will pay back for fishers "in a couple of years," in part due to reduced gear loss as a result of the tracking system.

However, he said federal financial encouragement and regulation will be the key.

Campbell said the Fisheries Department has not yet set a target or cap for the increase to the number of ropeless traps that may be allowed.

"Any increase of ropeless traps will be largely based on industry interest and their experience and comfort with using this type of gear, to ensure it's safe," he wrote.

The spokesman noted industry can submit ropeless gear proposals to the Atlantic Fisheries Fund, a contribution program paid for by the federal and provincial governments.

"Climate change is scrambling the equation and as the planet warms, we're going to have more conflicts over how to protect species while also protecting vital industrial and commercial ventures," said the filmmaker.

This report by The Canadian Press was first published June 20, 2021.