Crisis Readiness: Who is best fit to manage the country? 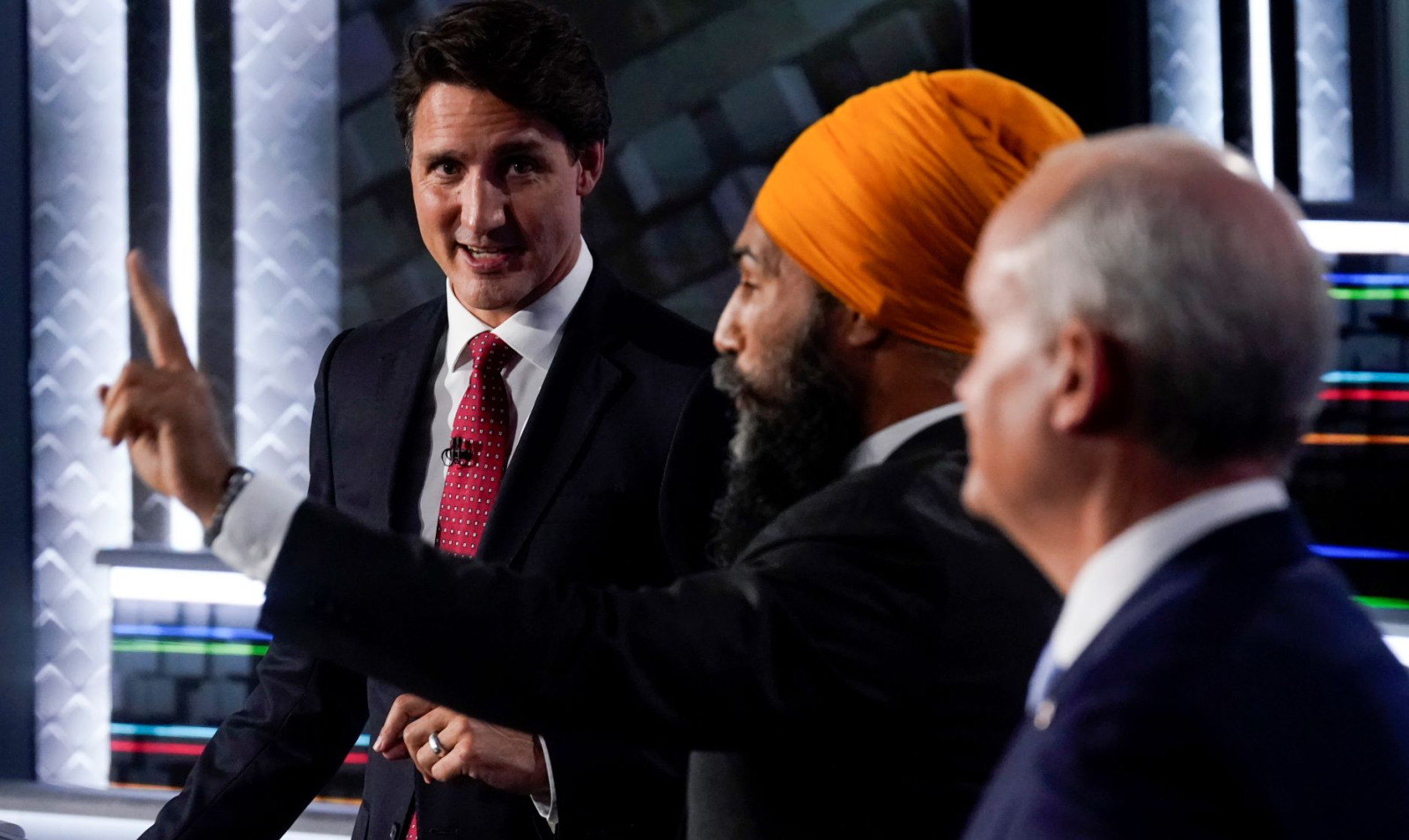 With the Federal election garnering little attention for big ideas, one may want to evaluate the prospective parties and their leaders through one question: who would be best-suited to respond to the next global crisis?

For this we can look to examples of how different governments and political ideologies respond to crises where an understanding of science is required. The COVID pandemic is the most obvious and present example with climate change as the constant and growing “backdrop crisis”.

A confounding matter is that only two parties have ever formed a government in Canada (although with minority support in some instances), so in terms of measuring federal performance we can only evaluate how the Conservatives and the Liberals behave in government. By proxy we can look at NDP performance through a provincial lens, and for the other federal parties we have no real data points to assess and only the Conservatives or Liberals are in a position to form the next government.

The evaluation of crisis readiness may take the form of a checklist. Early in the pandemic I wrote a piece in this publication on why humans fail to act collectively in the face of obvious harm. This was based on research I have done on eliminating hazardous materials such as mercury, lead and asbestos, and on the glacial pace of actions to prevent catastrophic climate change.

Applying these ideas to the global response to the COVID pandemic (noting that it was 17 months ago and the very first cases were just arriving in Canada), I concluded that there are five main things we can learn from our history of failing to act early and decisively enough in the face of overwhelming evidence of impending harm. And that we can apply this thinking to how we manage the COVID pandemic in Canada.

1. Use science, evidence, and history to inform decisions.

4. Act quickly and stringently in the face of rapidly advancing threats.

5. Most importantly, do not let short-term economic thinking impair or delay judgment on long-term public health and economic health considerations.

Here we are one and half years later and we have ample opportunity to see how Canada and the provinces conducted themselves. Admittedly, this is not a scientific analysis, but a preliminary assessment based on what we see at the surface. One needs to be careful on how this information is extrapolated – however in the spirit of a snap election, here are some snap reactions.

First, and perhaps most importantly, health care is a provincial responsibility, so anyone trying to pin Canada’s actions on the federal government is either doing this for political points or misunderstands the confederation. There is one significant exception, which is the federal government’s role in procuring, distributing, and encouraging vaccines. By global standards, it is fair to say that the federal Liberals (along with many provinces) deserve an “A” for the pace and extent of vaccinations. Canada has among the highest vaccination rates of any country. And as noted below, with some interesting regional variations.

The trickier part is evaluating the ups and downs of provincial actions and any political correlations that may exist between political stripe and COVID response. That challenge aside, we can lump the provinces into three performance categories – high, medium, and low, noting that these are relative within Canada, and a low performer in Canada would likely be a relatively high performer compared to many parts of the United States, where per capita cases remain ten to twenty times higher, and the connection between political ideology and pandemic response is stark.

The coarse assessment for provincial performance places the Maritimes in the high performing category, Quebec, Ontario, Manitoba and BC as medium performers, and Saskatchewan and Alberta as low performers. This considers responses to what we knew and when we knew it. In scientific terms it is the temporal scale that matters, in that we knew the Delta variant was dramatically more virulent and deadly, and we knew the disease was airborne, and we knew that an absence of vaccinations and masks, along with allowing people to congregate, would result in more sickness and more death. In essence, it was obvious to anyone who understands science (or can read for that matter), that Alberta was heading off a cliff.

Very vocal health professional concerns over the Alberta UCP actions over the past several months were well-documented. Yet the loosening of restrictions and claims made by Alberta’s Premier that the pandemic was largely over were premature and irresponsible, pushing Alberta’s health system to its limits.

Whereas the seriousness of COVID was theoretically knowable in the early days of the pandemic, as I wrote in April of 2020, the World Health Organization and medical health professionals were providing poor and inconsistent advice to the public, globally and in Canada. This resulted in most provincial governments being slow to act in the face of conflicting expert advice (the lack of early travel bans, and/or mask mandates was dumbfounding). So the element of “surprise”, from a temporal perspective, meant that Quebec was the hardest hit province in terms of total deaths, and deaths per capita (which stand at double the national average). The same analysis cannot be applied to the fourth wave that has hit Alberta, where provincial government mismanagement is at best inexcusable and possibly verging on criminal negligence.

From a political ideology and regional perspective there are some observations that can be made with percent of the population vaccinated as a proxy that can be used. In the United States, it has been shown that counties that voted Republican have far lower vaccination rates than those that voted Democrat. What seems less well-known is that Canada has a very similar partisan divide. In fact, the data in this country are equally striking.

Vaccination rates in Saskatchewan and Alberta (at roughly two-thirds of the population) are well below the national average vaccination rate (74 percent) and Conservatives hold all but 1 seat in the two provinces. These happen to be the provinces with the poorest performance in the fourth wave.

Newfoundland and Labrador, and Prince Edward Island lead the country by a wide margin in vaccination rates (over 80 percent) and they are the only two provinces with no Conservative seats, and they have led the country in managing the pandemic. The other six provinces are smack in the middle in terms of both number of Conservative seats held (between 25 percent and 75 percent), vaccination rates (greater than 70 percent but less than 80 percent), and fourth wave pandemic response. It is hard to know the extent to which the people inform the politics or vice versa, and the spread of misinformation on social media is clearly a factor, but the data are nonetheless fascinating in their consistency.

So, when heading to the polls on Monday, it may be worth pondering the question of who is best fit to manage the next global crisis (or get us out of the ones we are currently in!) with an eye to historical performance in managing science and risk.

Does the political party or leader believe in, support, and follow science? Is there a track record of promoting or silencing scientists? Does or would the party move quickly in the face of emerging scientific consensus or do they back attempts to confuse and undermine confidence in science? Do parties focus on economic factors over health and environmental benefits (while misunderstanding how they are mutually inclusive)? Do they listen to experts or protestors, scientists or CEOs? Are private interests put ahead of the public good?

At the end of the day voters can answer those questions based on their own observations and will vote according to their values and priorities. That is the purpose of democracy. One can only hope that valuing the interconnectedness of science and public well-being will prevail in the minds of voters. This is not merely an academic exercise.

Choosing a leader and a party with an ability to manage a public health crisis, or the climate crisis, has real consequences. Lives are at stake, our health system is at stake, the environment is at stake, and the country’s future is at stake. It may be difficult to say who is best fit to manage the country, although it seems pretty clear that when it comes to managing a crisis and listening to the experts, political ideology matters, and therefore, which party is in power matters a lot.