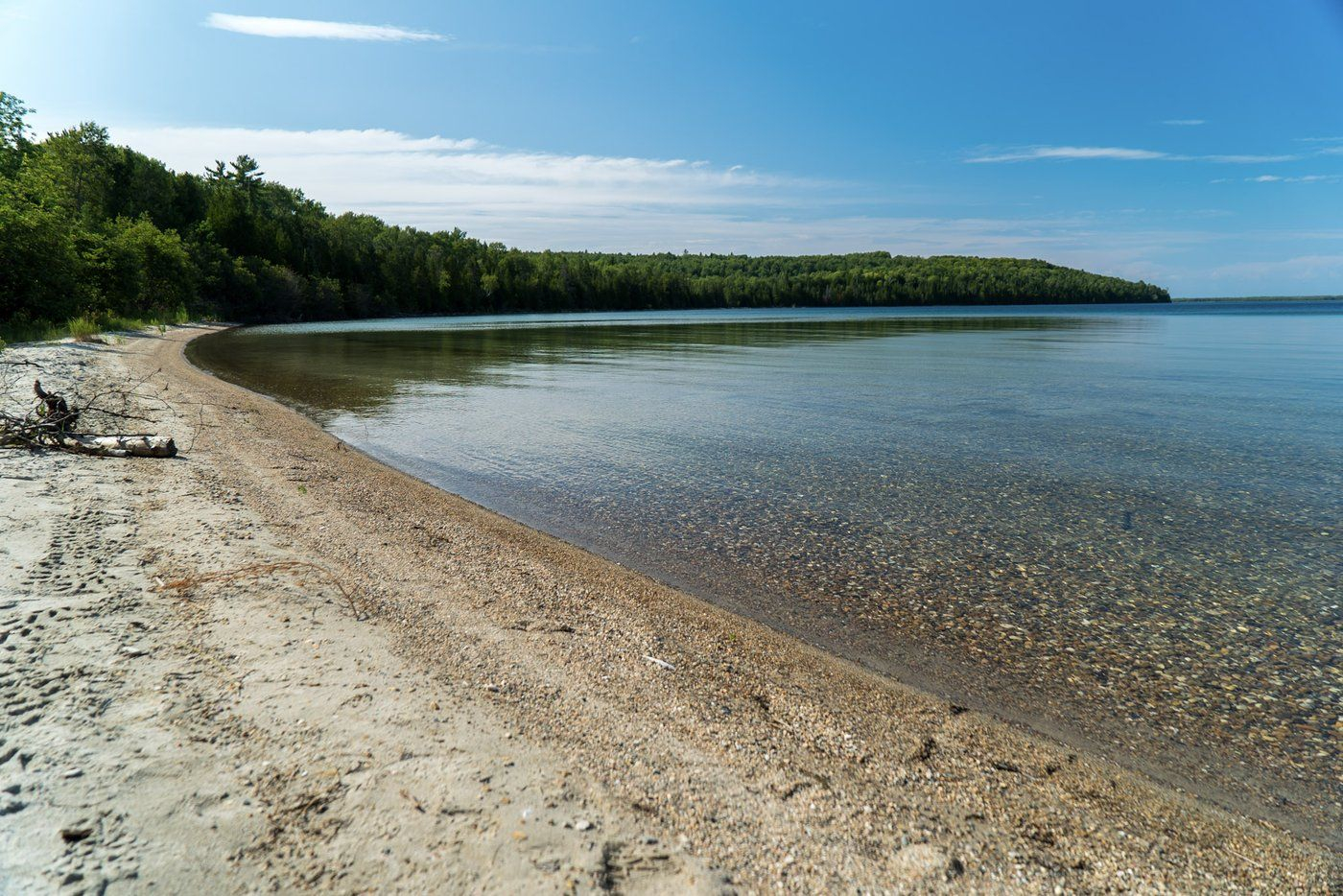 More than 18 kilometres of Manitoulin Island shoreline is now protected conservation land. The Nature Conservancy of Canada (NCC) announced the acquisition of the Vidal Bay Forests and Shoreline property on December 7. The $16 million project covering 18,800 acres is one of NCC’s largest ever single property acquisitions in Ontario and protects 18.5 kilometres of shoreline on Manitoulin, on the North Channel of Lake Huron.

“It’s been a really incredible opportunity to get to work on a project like this,” said Esme Batten, midwestern Ontario program director for NCC. “I’m just so grateful for everyone who supported it and protected Vidal Bay forever for future generations to enjoy.”

The purchase, completed over many months, was made possible “thanks to the generosity of private donors, a lot of them from the Island, cottagers and local organizations who saw the significance of the project,” Ms. Batten said.

In the early 1990s, NCC helped with the preservation of the Queen Elizabeth the Queen Mother Mnidoo Mnising Provincial Park (Queen Mum) to the south. “That was kind of phase one of our scheme to create a conservation corridor for wildlife spanning from the south shore of Manitoulin to the north,” explained Ms. Batten.

Vidal Bay’s 18,800 acres provide a protected area complex that is 248 square kilometres when connected and combined with nearby and adjacent lands that are already conserved or that NCC hopes to conserve, like Queen Mum and NCC conservation lands on Cockburn Island. This is an excellent example of the scale of work needed to tackle climate change and the biodiversity crisis, NCC said.

“It’s the largest of its kind south of the Canadian Shield in Ontario and wildlife can now travel unimpeded from the southern shores of Manitoulin Island all the way to the north,” Ms. Batten stated. “It’s so rare that we have protected large, natural intact spaces like those. It’s really important for mammals, such as black bears and gray wolves, to be able to move unimpeded throughout a wide range.”

The property is also important for migratory birds, as a stopover for many species and also for providing critical breeding habitat. Vidal Bay’s waterfront overlaps with the Manitoulin Island North Shore Important Bird Area, designated due to its importance for migratory and breeding species of at-risk birds.

There is still more to learn about the Vidal Bay lands and more work to be completed. NCC has almost completed a baseline inventory document; it is in the final review stage right now. That inventory will help inform the property management plan.

The $16 million project covering 18,800 acres is one of NCC’s largest ever single property acquisitions in Ontario and protects 18.5 kilometres of shoreline on Manitoulin, on the North Channel of Lake Huron.

“It’s a five-year plan and we’re going to take everything we learned through that inventory process, including things like where rare species habitat is located, trails we might want to close, and so on, and develop a property management plan from that. We’re also going to be looking at our conservation goals and figure out what actions we’re going to take to help us achieve our goals. That could be something like eradicating invasive phragmites on the shoreline as we know there’s a small population along the shore at Vidal Bay,” said Ms. Batten.

Annual monitoring means the plan is not set in stone. “It’s really an iterative process,” she added. “There’s a lot of things to keep in mind to keep habitat thriving.”

NCC has engaged many people in the development process. They’ve worked with Ontario Parks to make sure their plan for Vidal Bay is consistent with other areas. In July, NCC worked with the Manitoulin Nature Club, completing a virtual Bio-Blitz to help inform the baseline inventory. They’ve had help from community members and representatives from local Indigenous communities as well.

“We certainly recognize the dynamics of conservation is changing. Indigenous people are being recognized as conservation stewards of the land and we certainly acknowledge Indigenous knowledge of natural areas. We’re really grateful to work closely with the communities on Manitoulin to develop the baseline inventory and plan,” Ms. Batten noted.

While Vidal Bay will be preserved ‘as is’ for conservation purposes, NCC intends to look at “how we can best welcome people safely to the property,” she said. “We’ve been working with community groups like Manitoulin Snowdusters, to look at ways to continue to support access to snowmobile trails in winter.” There are also discussions underway about the continuation of hunting on the property. “We recognize Vidal Bay as an important place to many people and we’re looking forward to sharing it. There are many trails already crossing through the property and we’re making sure they’re the right ones.”

“Opportunities to protect large, intact natural spaces in Ontario, like those found at Vidal Bay, are incredibly rare,” Ms. Batten said. “The conservation of Vidal Bay not only protects habitat for the animals and plants that depend on it, but its forest and wetlands also clean our water and air while providing a place for people to connect to nature now and for generations to come.”