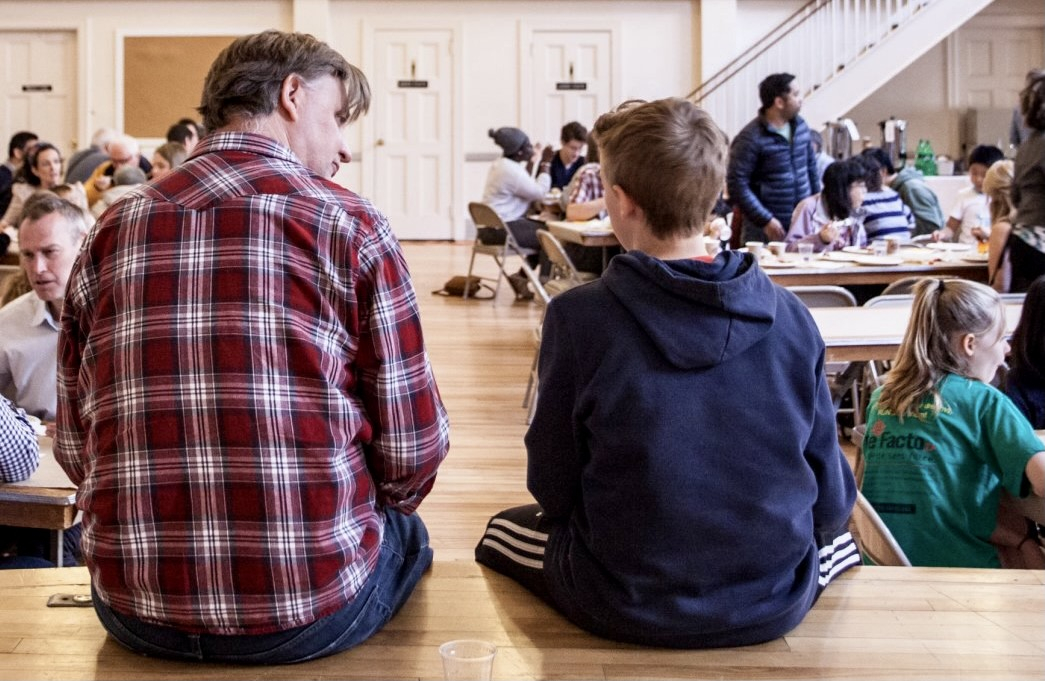 Could 2022 become a year of healing for Canada’s social infrastructure? The Grandfather Teachings known to many Indigenous peoples (wisdom, love, respect, bravery, honesty, humility and truth) are echoed in Black Lives Matter and other equity-seeking justice movements. These winds of change are upping investment in new social structures. Even the colonizing structures of Canada’s settler churches have a part to play.

A report led by Jay Pitter and more than 25 co-authors recently redefined social infrastructure as “the co-creation processes, publicly accessible local systems, social movements, physical spaces and services that foster community connectivity and mutual care.” Blend this definition with Justice Murray Sinclair’s framing of reconciliation as both justice and healing and the question becomes: What could a renewed social infrastructure strategy look like?

We need new ways to foster economic independence and break down systemic barriers in employment, education, policing, medical and financial systems to see this new social infrastructure vision created. Healing means allowing families to rebuild, giving back resources, raising awareness and most of all — renewing true sovereignty for equity-seeking groups (such as Black-, female-, Indigenous- and LGBTQ2S-led organizations). In other words, traditional social institutions must step aside, lay down their treasure and learn.

Anishnabeg Outreach has demonstrated the impact one small local Lutheran church building had when it acquired and transformed it into a First Nations Healing Centre. The centre was once a site for German-speaking Christian worship in the heart of Kitchener, Ont. Today, mature cedars and a community-built labyrinth welcome neighbours of all backgrounds to come and learn about the ancient medicines of Canada’s First Peoples.

Waterloo Region’s tech sector has supported this project by developing Anishnabeg Outreach NEST, short online courses on entrepreneurial leadership, software coding, community development (and more) offered free to band councils and reserves across Canada. This small patch of reconciled land has become an engine for healing and the co-creation of Anishnabeg Outreach has engaged multiple local communities (both Indigenous and non-Indigenous) to maximize impact.

Trinity Centres Foundation, a Montreal-based charity, endeavours to inspire other local religious congregations to find similar ways to give their underused properties over to the work of reconciliation and healing. Founded by a national collective of social, finance, urbanist, legal and faith-based activists, TCF aims to see 100 historic colonized church sites released and hopes one-third of them will become BIPOC owned and operated.

Imagine if Canada’s historic cathedrals were not only preserved but strategically renovated and architecturally recrafted to model a new social infrastructure to come. Imagine a circus company, refugee non-profit, addiction support group and major conference operator all under one roof and with doors open to its local community and a picture begins to emerge.

The social sector is often defined by social work: the vital dollars invested in employees on the ground. Social infrastructure speaks to the deeper economic tools needed by these urban saints: community hubs, accessible rental venues for startup charities, affordable housing, and more. Social work is funded by grants. Social infrastructure needs a new type of financing: it’s a question of rail cars versus rail lines.

Canada’s Social Finance Fund could be a key funding tool for a new social rail line network. The fund, which plans to release $755 million from 2022 to 2025, aims to advance justice, healing and reconciliation in practical ways, like turning church properties into healing centres. Bring together Canada’s renewed Black ecosystem, a steadfast inclusion of LGBTQ2S+ leadership and the incredible goodwill of Canada’s traditional institutions and this dream begins to come alive.

Opinion: How can every Canadian play their part in the co-creation of the social infrastructure of tomorrow so that no one is left behind? asks Stephen Jackson @aohome @anishnabeg and Graham Singh @TrinityCentres. #community #IndigenousKW

Colonized assumptions of infrastructure are often shaped as pyramids, with wealth and control at the top. Reconciled assumptions are circular, co-operative. Though Elon Musk recently challenged a United Nations employee to put such a shift in 140 characters, we realize the answer may not be found in the simplicity of a tweet. As Global News and The Economist recently reported, the post-pandemic future of religious organizations' decline is presenting further complexity and opportunity.

Complex mainstream infrastructure funding by governments, pension funds, private equity consortia and more must now invest not only in the delivery of these new systems but also in their design. This is the detailed work of impact finance innovation and our focus in the season to come.

As Canada prepares for the visit of Pope Francis to work out a new pathway of healing between the Catholic Church and Indigenous peoples in Canada, what can we do to ensure that such a moment rises from tokenism and spurs systems-level change?

How can every Canadian play their part in the co-creation of the social infrastructure of tomorrow so that no one is left behind? Setting the table for this engagement may be the role of Canada’s community and granting foundations, but the responsibility of preparing a new feast of reconciled healing is ours to share.

Stephen Jackson is the CEO of Anishnabeg Outreach. Graham Singh is the CEO of Trinity Centres Foundation. Both charities are focused on building centres of healing across the traditional and unceded territories of First Nations in Canada.

"wisdom, love, respect, bravery, honesty, humility and truth" The core of most if not all human religions; certainly not unique to Grandfather Teachings.
Building social infrastructure from the bottom up, rather than the top down is an idea that is also many decades old. For a while, in the mid 20th century, i.e. before Regan, Thatcher and Neo liberal capitalism, it was the dominant social construct. Restoring this balance/dominance has been a lifelong ambition - if it is seen as a key ingredient of reconciliation, then so much the better.