Get a jab and you could win a snowmobile 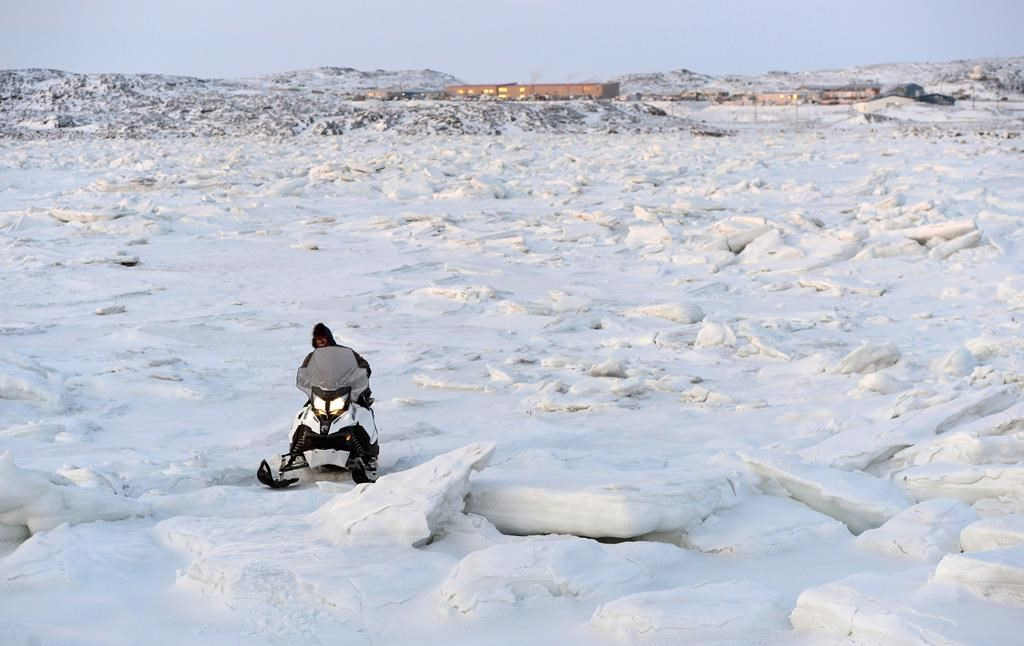 A snowmobiler makes his way through ice heaves in Frobisher Bay in Iqaluit on Wednesday, Dec. 10, 2014. Photo by: The Canadian Press/Sean Kilpatrick
Previous story
Next story

IQALUIT, Nunavut — Inuit in Nunavut who get a COVID-19 vaccine could end up with a brand new ride.

A new program means Inuit living in each of the territory's 25 communities have a chance to win a snowmobile for getting their shots.

Nunavut Tunngavik Inc., the territory's land claim body, is holding draws across Nunavut for vaccinated Inuit residents to win one of 25 machines.

Esther Powell, clinical manager for COVID-19 with NTI, said she had been thinking about ways to encourage more Nunavut residents to get vaccinated.

"I had to think realistically about what would be the most useful," Powell told The Canadian Press from her office in Rankin Inlet. "Snowmobiles made sense."

Powell said buying 25 snowmobiles in each of the territory's fly-in communities wasn't easy, but local Northern stores were all willing to set one aside for the draw.

In Nunavut's fly-in communities, the machines are used for harvesting and travelling across long stretches of land and sea ice.

"People use them to travel to other communities. It's how people hunt. We wanted to be able to provide that for them," Powell said.

She said she saw vaccine lotteries being held across the country — such as the Alberta government's $1-million cash prize — and wanted to do something similar in Nunavut.

Get a jab, win a snowmobile. In #Nunavut where #vaccine rates are low, new incentive plans are being hatched to encourage vaccine uptake.

"We wanted to put the money into something Inuit would use and appreciate considering where we live," she said.

The organization has also handed out $25 grocery vouchers at vaccine clinics across the territory.

The machines are already in each of Nunavut's communities, and Inuit over age five who are enrolled with NTI under the Nunavut Agreement are automatically entered for the draw.

Winners will have to show proof of at least two COVID-19 vaccine doses, Powell said.

The Nunavut government has said about 72 per cent of those ages five and up have had two doses of the vaccine.

There were 279 active cases of COVID-19 in Nunavut as of Thursday.

The snowmobile draws are to take place April 25.

This report by The Canadian Press was first published Jan. 28, 2022.