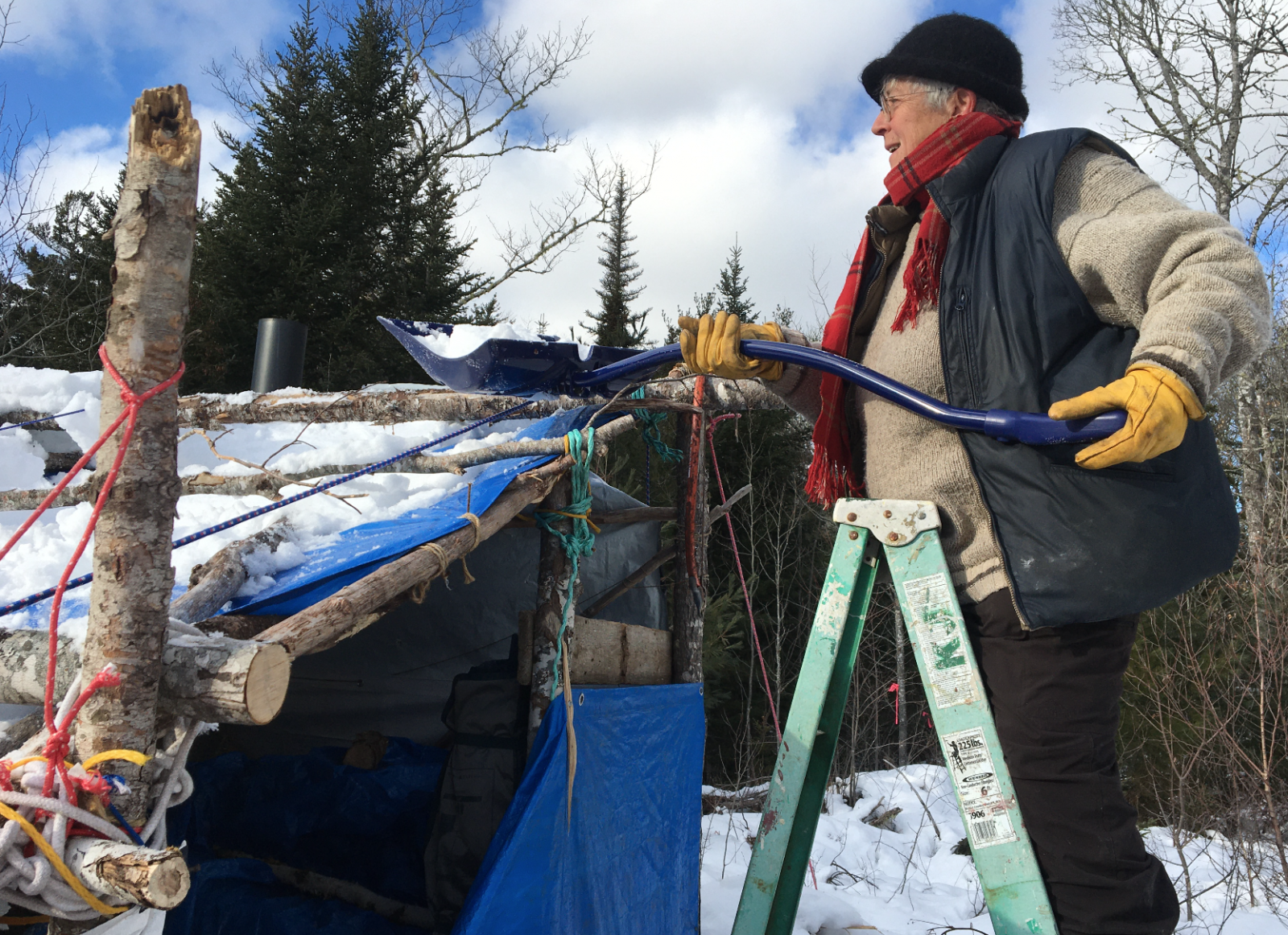 The presence of rare lichens in a planned cutblock area in Nova Scotia has been confirmed, but the discovery doesn't warrant the cancellation of the harvest by the provincial government.

The Nova Scotia Department of Natural Resources and Renewables told Canada’s National Observer on Tuesday that the survey took place on Feb. 13 and buffer zones will be implemented based on evidence from the lichenologist who surveyed the land. They did not respond to questions about the number of buffers and how much area they would cover.

The temporary hold will stand until the buffer zones are applied, said the department, which said it did not have a timeline available.

In late January, the department placed a temporary halt on logging in an area of Crown land in the Annapolis Valley after three types of lichen classified as “species at risk” were spotted and reported to the Nova Scotia Department of Natural Resources and Renewables. Wrinkled shingle lichen, frosted glass-whiskers and black-foam lichen were all reported in the forest by a visiting lichen enthusiast, who then sent their findings to the Atlantic Canada Conservation Data Centre.

Since Dec. 2, a handful of protesters have camped out in the cutblock area, which they say is a vital wildlife corridor that should be saved. The patch in question is set to be logged by WestFor, a forestry group that supplies lumber to 13 mills in the province. The 80-year-old parcel is relatively small at 60 acres, or around 45 football fields. However, protesters stress the importance of the section being some of the last standing forest in the area, which has been riddled with clear-cuts.

Protesters were hopeful the temporary halt would turn into a permanent one, or that the buffer zones required around the rare lichen would make the patch useless for WestFor to harvest. The three types of lichen are species at risk, which is why a 100-metre buffer zone is required. The main threat to black-foam lichen is deforestation, according to the federal government, which has designated the species as threatened since 2015.

It is unknown when the cut is set to start. Canada’s National Observer reached out to WestFor for comment and to ask if the buffer zones would affect their harvest plans, but did not receive a response in time for publication.

Although Nina Newington, who has camped at the site since the beginning and has been advocating for the forest, said she’s confident the lichenologist surveyed the grounds to the best of their ability, she points out that two feet of snow is “very far from the perfect circumstances for a thorough survey.”

The presence of lichen being confirmed by the department is further proof of the area’s ecological significance, said Newington, who notes the endangered mainland moose and the wood turtle have been spotted in the area.

Campers say the presence of lichen being confirmed by the department is further proof of the area’s ecological significance. #NS #Biodiversity #Nature

The provincial government has committed to protecting at least 20 per cent of land and water mass by 2030. The area, also called the “Last Hope Wildlife Corridor,” should be one of them, said Newington.

“They're gonna have to get a move on because they're gonna need to find at least another 330,000 hectares to protect. And they're fighting us for about 24 hectares?” she said.

The campers are set to stay put, she said, and are working with lichen enthusiasts to learn how to identify species. Newington said there’s been ample support for the camp and their call for the government to halt the cut, as well as wider mobilization for protection of land and water in the province.

“It’s the process of both educating people and giving them some hope that you can actually get in the way of the destruction, that we don't have to just keep going, ‘Oh, please, pretty please, change course,’” she said.

What forestry companies, government bureaucrats, indeed too many humans refuse to acknowledge is the interdependence built into intact ecosystems. Predatory capitalism has no trouble ignoring the living breathing existence of ecosystems, and considers forests only as so many board feet, or worse so much tonnage of "fibre". Hell and damnation take the rest of the trash, the devastated underground biome that once made the forest thrive, the eroded soil laid bare and literally rootless for lack of trees. We have no assurance that the "buffer zones" will preserve the lichen, because we do not, in general, understand the relationship lichen has with the surrounding forest.

Capitalism's ignorance and greed is destroying the planet. Enough said.

"too many humans",......... that IS the problem. Period.
There are too many humans on this planet, and humans will wipe themselves out eventually. Unfortunately our selfish , greedy, thoughtless human activity takes every other life form down with it. None of these other life forms have done anything to deserve the inevitable and unbearable suffering that is on the horizon.
I have recently moved to Cape Breton from Ontario, just like so many other people who can't deal with the "progress" invading upon our farm land, shorelines, forests and wetlands. When I first came upon Pleasant Bay, Cape Breton, I was awe struck by so much natural wonder. I have found a piece of heaven, at least for a while longer. Sadly , the evidence of human ignorance isn't far away. I went to Parrsboro and was heartbroken to see miles upon miles of clearcut , raveged , and senslessly destroyed forests.
I have chosen to live a very simple and humble life, and I try to give back to the environment as much as possible, But when I see so much loss I am made aware that no matter how many trees I plant, or how much acreage I buy just to preserve and protect the wildlife that is dependent on it, I , too, was born a human, and that is not something I am proud of.