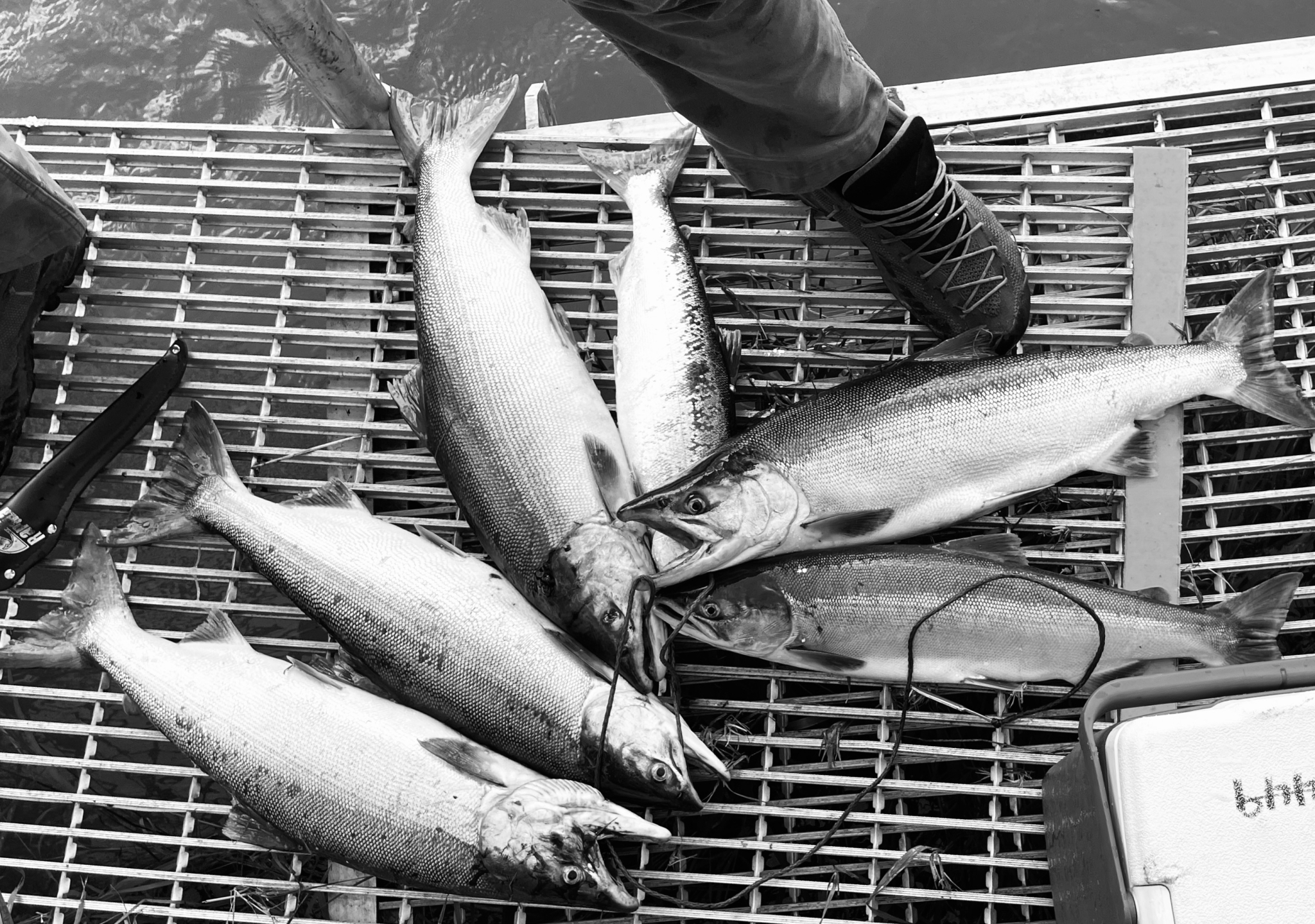 After years of low sockeye salmon runs, B.C. has seen more of the fish return to its rivers this year. Photo by Marc Fawcett-Atkinson/National Observer
Previous story

Commercial salmon fishers and environmentalists are crying foul — for opposite reasons — after U.S. fisheries officials let American fishers hit the water while the Canadian government kept their counterparts ashore.

After several years of historically low runs, the Pacific Salmon Commission (PSC), an international fisheries management organization, estimated last week that enough sockeye — about 4.4 million — would return to the Fraser River to support a commercial fishery.

American fisheries managers adopted the commission's estimate, opening a small commercial fishing window over the weekend. But in a rare disagreement, Canadian officials did not, citing concerns the run would be nearly one million fish smaller than predicted, and kept Canada's waters closed.

"It's a Canadian river (but) our government keeps us tied up to the dock. I guess America just cares more about their commercial fishermen."

Union of British Columbia Indian Chiefs fisheries representative Chief Dalton Silver of the Sumas First Nation said his most pressing concern is ensuring Indigenous people in the province can fish enough for their needs. He is also pushing for equal power in the federal government's fisheries management decisions.

Fisheries and Oceans Canada (DFO) said in a statement Tuesday that DFO was "extremely disappointed" to see the PSC and U.S. officials allow fishing. The ministry said it has "great concern" for the "state of the wild Pacific salmon stocks and Canadian harvesters."

The decision is the latest move in the explosive world of salmon politics on the B.C. coast. Dwindling salmon stocks on some of the province's largest rivers have led to calls from environmentalists and some First Nations for more stringent restrictions on wild fisheries. Commercial fishers — many of them Indigenous — have decried DFO for its implementation of sweeping salmon fisheries closures announced last year.

The three groups have meanwhile — separately — called for the elimination of open-pen salmon farming in B.C. waters because of its impact on wild salmon and more habitat protection. They have also asked Canadian politicians to take a more aggressive stance with American fisheries managers to prevent B.C.-bound salmon from being caught in Alaska and Washington state.

Commercial salmon fishers and environmentalists are crying foul — for opposite reasons — after U.S. fisheries officials let American fishers hit the water while the Canadian government kept their counterparts ashore. #Salmon #BC #FraserRiver

The financial and emotional impact of the DFO's decision to keep Fraser River fishers on land over the weekend has been exacerbated by the federal government's failure to compensate commercial fishers after closing about 60 per cent of B.C. salmon fisheries in June 2021. Then-fisheries minister Bernadette Jordan promised at the time to buy back licences from harvesters who wanted to retire at market rates; over a year later, fishers are still waiting for details on when the program will be in operation, Lawson said.

A DFO official not authorized to speak publicly about the matter said that consultations are ongoing for the promised buyback program and more details will be announced soon.

Additionally, low salmon returns in recent years have made it more challenging for fishers to access Canada's fishing industry employment insurance. EI payouts are determined based on a fisher's previous year's income, but low stocks and widespread fishery closures mean many don't have much income to report, Lawson explained.

Still, Watershed Watch executive director Aaron Hill said DFO's decision to keep the Fraser River closed to commercial fishing was the right call. The true number of salmon migrating upriver (the PSC counts them) is proving to be lower than expected and closer to Canadian estimates. Fisheries managers on both sides of the border agree those numbers are too low to support any commercial fishing, likely ending the U.S. fishery for the year.

The Committee on the Status of Endangered Wildlife in Canada has determined that 10 of the 24 distinct Fraser River salmon populations it assessed are "endangered" or "threatened."

Hill added that this year was expected to see a bumper run and that the bulk of the sockeye migrating up river come from only a handful of river systems. Opening a commercial fishery could harm more vulnerable runs.

"It bodes well for the future of fisheries management in Canada if this becomes the norm for DFO to take this precautionary stance," he said.

Sued by Big Plastic, feds forge ahead with global treaty on plastic pollution