‘It was obviously shocking in the best way possible’: Patagonia pledges profits to the Earth 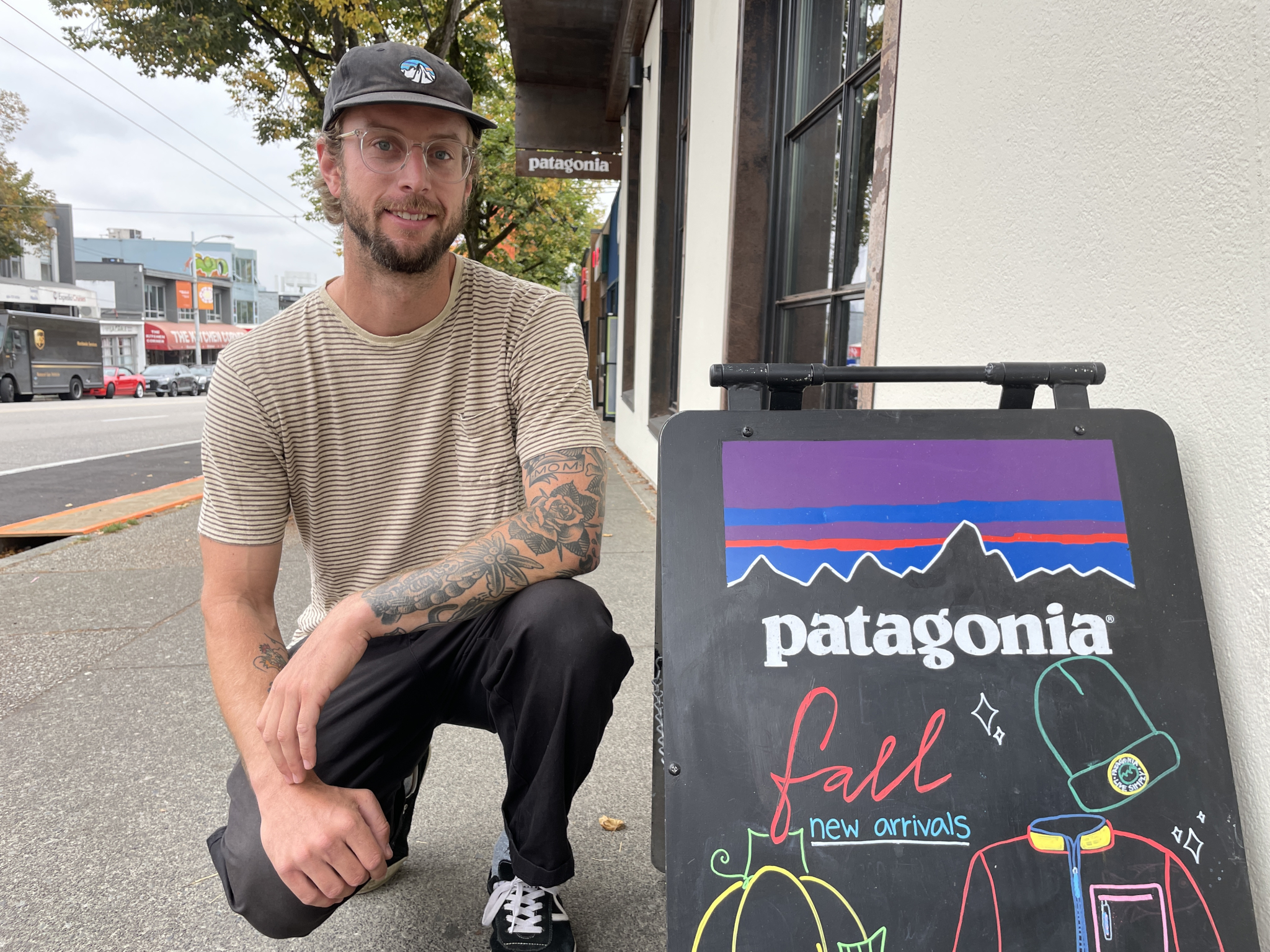 Zac Elik, manager of Patagonia's Vancouver store, described the news his company would devote the bulk of future profits to protecting the environment as "shocking in the best way possible." Photo by Marc Fawcett-Atkinson/National Observer
Previous story

Zac Elik knew something was up when showed up for work Wednesday morning at Patagonia’s outdoor clothing store in Vancouver. Head office had closed the entire company to the public for the day, but Elik — the store manager — and other employees were still asked to come to work to be there for a company-wide video call.

Company founder Yvon Chouinard, 83, had a message for his employees. He had donated the nearly $4-billion company to a specially designed trust and a non-profit dedicated to protecting the environment, a decision designed to help the company put its profits towards environmental advocacy and stay in business.

While Chouinard remains on the board of the trust — which is tasked with managing the company's voting shares and direction — neither he nor his wife will continue to benefit financially from the company. They will pay about $23.1 million in taxes on the shares donated to the trust and will receive no tax benefits from donating their shares to the non-profit.

Their two adult children will remain on the Patagonia payroll, but hold no shares and will not inherit it. Such a dramatic transfer of wealth from individuals to environmental and social causes is nearly unprecedented in the world of billionaire philanthropy.

"None of us really knew what was coming. No clue," said Elik in an interview Thursday. "It was obviously shocking in the best way possible."

In the hours since the announcement, he said the store has been infused with a "really great" atmosphere.

Customers have called or come in to visit to congratulate Elik and his co-workers on their former boss's decision. Some customers at the company's Toronto store even came to congratulate them in tears. Employees at the Vancouver store and at the company's other retail outlets, distribution centres and its California head office are also excited by the news.

Elik was first introduced to Patagonia at a canoe summer camp he attended as a kid. But it wasn't until he was studying urban planning at university that he learned about the company's unique efforts to use business to champion environmental causes. He ended up working for Patagonia after a few years of travelling; seven years later, he's still there, drawn in by the community and the company's environmentalism.

"This was a really big step," he said of Chouinard's announcement. "It's really trying to change more than just how people do retail. It's more of a global economy piece, changing the way people do business."

Patagonia founder Yvon Chouinard has donated the nearly $4-billion company to a specially designed trust and a non-profit dedicated to protecting the environment, a decision designed to help the company put its profits into environmental advocacy.

"It really calls into question what philanthropy is. This is giving on a level the ultra-wealthy can't fathom but now they're going to have to grapple with. This is real giving."

Most billionaire philanthropists — think people like Jeff Bezos or Warren Buffett — donate only a fraction of their wealth. Those donations typically go to large, relatively conservative environmental NGOs unwilling to push for the systemic changes needed to tackle problems like inequality and the climate crisis.

The approach is "fairly unusual" in North America, said Carleton University business professor Leanne Keddie. Some companies in Europe — particularly in Scandinavia — have adopted similar models, but Chouinard's decision is a "really positive sign" they could become more common on this side of the Atlantic.

Paglia described Chouinard's move as "really exciting" because it will likely be directed towards smaller, grassroots organizations on the front lines of fighting climate change, environmental devastation and social injustices. While details about the company's new grant-giving non-profit — the Holdfast Collective — are scarce, Patagonia has for years run an extensive grants program for these types of organizations. Paglia expects it will stick with the model going forward.

It’s not the first time Chouinard and Patagonia have pulled off drastic, eco-minded decisions that can sustain — or even boost — profits while helping the planet, said University of British Columbia human ecology professor Kai Chan.

In 2001, the company launched its "Don't Buy This Jacket" campaign with a Black Friday ad in the New York Times. Designed to encourage people to consume less, the move made Patagonia's popularity skyrocket. It also may have given the company a larger market share while simultaneously shrinking the market's overall size — a "bold, gutsy" move, Chan said.

Back at Patagonia's Vancouver store, Elik said he is excited to grow the company's local grant-giving efforts. In the past, the store received roughly $65,000 each year, which it distributed to about 19 local environmental groups. He expects the company's new structure will increase that amount, making it possible for the store to branch out into supporting social justice initiatives.

"Everyone is stoked — it's incredible," he said.

That's nice. It's still about 0.5% as important as the recent American bill. This is just an area where mere billions are hard to notice; we're changing out an entire industrial base.

Wonderful news! Thanks for

Wonderful news! Thanks for writing about it.

I've seen nothing so far to

I've seen nothing so far to indicate that the general run of (multi-)billionaires actually donate anything that doesn't add to their bottom line, or reduce their taxes. It's appeared to me that when they donate to their own philanthropical organizations, they take a huge tax write-off, and donate proceeds of their investments, not the capital ...

Kind of like our own personal political or charitable donations do, but on steroids.