Nova Scotia announces plan for hydrogen made from offshore wind, but confirms majority of energy will be sent elsewhere 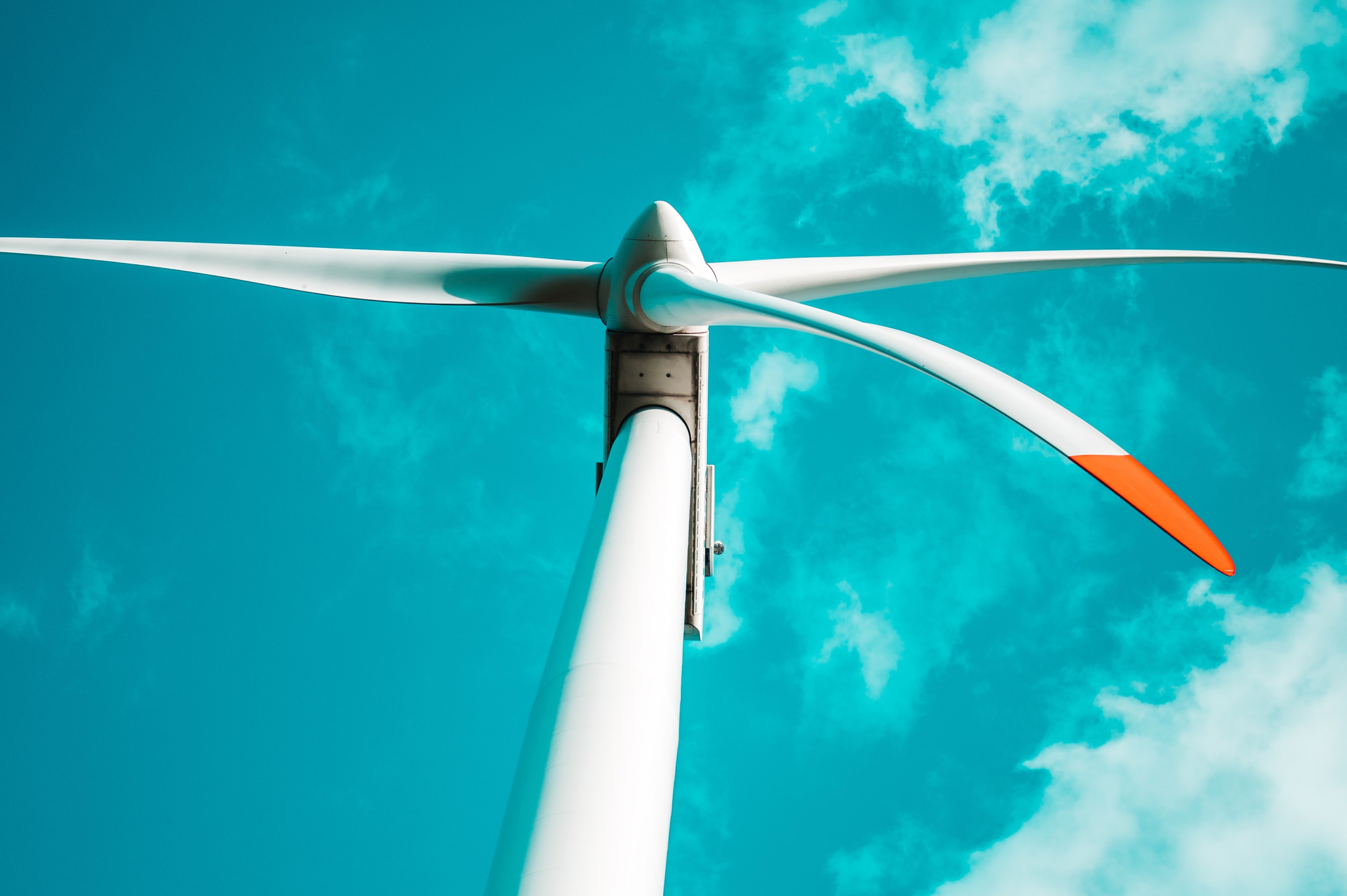 On Tuesday, the province made an announcement of a “target to offer leases for five gigawatts of offshore wind energy by 2030 to support its budding green hydrogen industry.” Photo by Jan Kopřiva/Unsplash
Previous story

Nova Scotia has announced plans to scale up its offshore wind power to produce green hydrogen, most of which will be exported internationally.

By 2030, the province aims to produce five gigawatts of offshore wind energy specifically for green hydrogen production, Premier Tim Houston and Tory Rushton, the province’s minister of natural resources and renewables, announced Tuesday. There will be a call for bids for the projects, with all offshore leases awarded by 2030.

Later that day, the province confirmed to Canada’s National Observer that the green hydrogen will primarily be for export, noting some could be used domestically for “industrial processes, heavy transportation and the marine sector where it’s harder to move away from fossil fuels”

“Green hydrogen is a clean alternative to traditional fossil fuels that can help Nova Scotia transition to net-zero and open export markets and economic opportunity,” reads an emailed response from the Department of Natural Resources and Renewables.

In a release, the province said Houston is set to go to Germany this month “to promote Nova Scotia as a secure source of clean, renewable energy for the world and to support the investment and development of the emerging green hydrogen market.” In August, Canada and Germany formed a hydrogen alliance, which showed the countries' different opinions on hydrogen: Germany sees green hydrogen as the only clean form, while Canada considers both green and blue to be clean.

Green hydrogen is a clean energy source made from renewables like wind. It produces no greenhouse gas emissions. Blue hydrogen is made from natural gas, a fossil fuel, and relies on carbon capture technology to reduce its emissions.

This week, the Halifax Examiner reported the province’s only green hydrogen project in the planning stages wouldn’t initially be powered by wind, but by coal. The hydrogen the Point Tupper site produces will be exported by turning it into liquid ammonia, which is easier to transport, and then splitting the ammonia back into hydrogen and nitrogen gas once it’s at its destination.

Brenna Walsh, energy co-ordinator with Ecology Action Centre, said the five gigawatts of wind energy would be better used at home to decarbonize the province’s electrical grid. Although exporting clean energy is a good goal for the province, she said that should come after addressing Nova Scotia’s needs. As of 2019, coal made up 51 per cent of Nova Scotia’s power generation.

The five gigawatts from Tuesday’s announcement would triple the current energy output of the province, which is 2.5 gigawatts, Houston said. Turning it into hydrogen for export is less effective than going directly to the grid in the province, Walsh noted.

Critics say Nova Scotia needs to focus on decarbonizing its own grid, 51 per cent of which is powered by coal, before sending energy abroad.

“Hydrogen fuel is useful locally, domestically for those kinds of really hard-to-abate sectors. And there's a lot that we can do in terms of decarbonization from sources like wind, solar, [battery] storage … that are things that are quite a bit less difficult to tackle.”

Walsh notes the province’s goal to make its energy grid 80 per cent renewable by 2030 and the federal government’s goal of having Canada’s grid reach net-zero by 2035. She said there still needs to be clearer information and details about how those targets will be met.

“How will we get that much renewable electricity on our current grid but also meet the coming demand for electrification as we … move to using heat pumps and electric cars, which will be really other important factors in the transition to a lower-carbon society?” she said.

“It's expected that what is going to be needed on … our grid, in terms of electricity, will double between now and 2050.”

The release noted the province aims to put forward a green hydrogen action plan by 2030, which will fit into its net-zero emissions by 2050 goal.

"Nova Scotia offers some of the best offshore wind resources in the world, with ample capacity to serve both local and international green hydrogen markets,” said Rushton.

“We will use this geography to our advantage in our pursuit of offshore wind as one of many solutions to help fight climate change and grow our green economy. This is a promising opportunity for Nova Scotia."

N.S. petroleum board shifts to renewables — but what is in a name?

This is a wonderful

This is a wonderful announcement. Just what the world needs, urgently. Let’s hope BC also gets on board with similar large scale green hydrogen hubs, leveraging its hydro and ports.

It is also very surprising to see the stunning silence amongst Canadian environmental groups and climate activists when it comes to green hydrogen. Nobody seems to be screaming for it here, like they are in Europe, Australia, UK, and even US, which has announced $8B federal support for 4 large green hydrogen hubs.

Green hydrogen is the only zero emission alternative that is replacing fossils in almost “all applications”. No other alternative matches the wide range of versatile uses of green hydrogen, such as heavy duty trucks, buses, trains, aeroplanes, steel, cement, heating, fertilizers, plastics, cosmetics, glass, and long duration storage.

Green hydrogen is the last straw that broke the camel’s back. The sooner Canadian environmentalists get on board, the faster we will transition from fossils.

Take with a whole lot of salt

Take with a whole lot of salt those claims about green hydrogen company Everwind made in the Examiner articles- especially the allegation it will be powered by coal. If you have a subscription, the Examiner printed my comment to the first article.

The second article (of 3 so far) focuses on the issue Brenna Walsh raises here: what are the priorities in developing Nova Scotia wind power. The Examiner has not printed my comment, and it is germane to this Observer article as well:

Ralph Torrie (who often writes in the Observer) raises very good questions about priorities for renewable electrification in Nova Scotia.

Joan Baxter reported absolutely nothing of what I said on this issue.

Everwind has ideas about how we can contribute to the deeper renewable electrification of Nova Scotia’s grid. What should, or can, come first are considerations that interest all Nova Scotians. But this is not an either/or, zero sum game of exports versus decarbonizing the Nova Scotia electrical grid.

Ralph Torrie has worked closely with the Ecology Action Centre. As they know well, deeper electrification is not just a question of putting up more and more wind turbines, and how fast it is done. Infrastructure- especially energy storage- is a much more intractable problem.

I do not know Ralph Torrie, but I am sure we and EAC can work together in constructive steps to deepen renewables role in powering the Nova Scotia grid. I look forward to doing that.

The International Energy Agency always points out that replacing brown ammonia and hydrogen with green hydrogen is the lowest hanging fruit of decarbonizing- because the existing production of hydrogen from methane is so incredibly carbon intensive. Every tonne of green ammonia produces benefits for the atmosphere we all depend on.

Everwind will first be using power from the grid to produce hydrogen. Joan Baxter repeats the ludicrous claim by Paul Martin that that the hydrogen produced will be 3.3 times worse than merely doing it using the incredibly dirty industrial process the IEA decries. She does not ask him how he arrives at that conclusion. Compare that kid glove treatment- in a featured story closing quote- with how Trent Vichie and I were questioned.

[I deleted the part of the comment that only applies to that article].

"The hydrogen the Point

"The hydrogen the Point Tupper site produces will be exported by turning it into liquid ammonia, which is easier to transport, and then splitting the ammonia back into hydrogen and nitrogen gas once it’s at its destination."

We are a long way off from ammonia being cracked back to hydrogen and used for energy- if it ever happens on any scale. (There is lots of loose talk of it being done.)

Whatever the future- all of the green ammonia imported into Europe for quite some time will go straight into replacing grey/black ammonia as an industrial project. This is the lowest hanging fruit of de-carbonizing.

Ammonia or hydrogen as energy is still mostly speculative as far as economic feasibility goes- and technological development as well. When it happens, it will start as the most effective niches: like backup to intermittent renewables and some (mostly heavier) transportation uses.