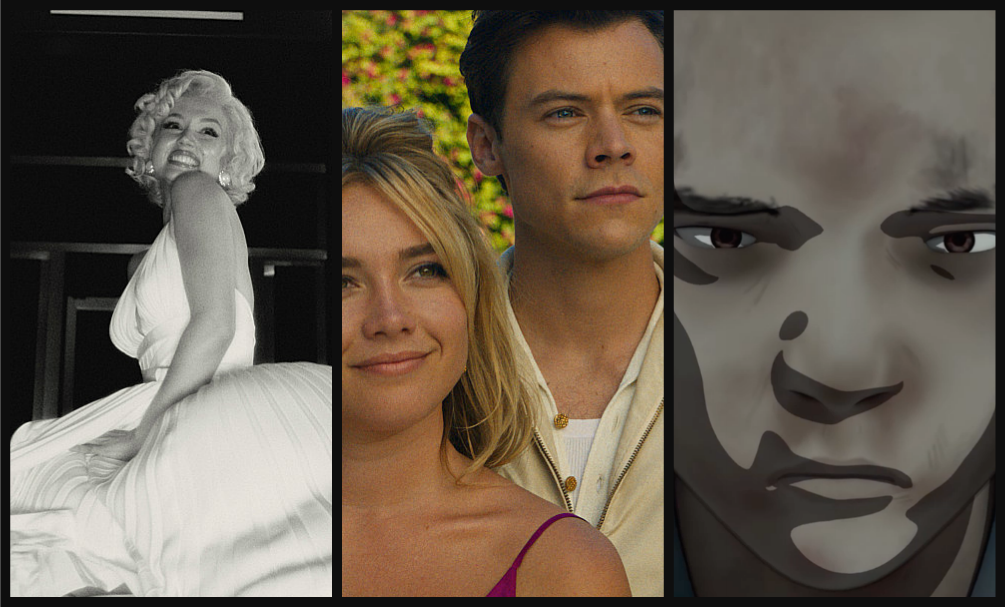 The Toronto film festival is over (I write up one of theirs today) and The Vancouver International Film Festival starts next Thursday. I suggest the opening film, Bones of Crows, is a must. That is is you're interested in seeing a powerful, accurate and angry film about our shameful residential schools history. This film is by Marie Clements who dramatizes one woman's experience from childhood to old age, taking us right up to the meeting of Indigenous leaders with the Pope on his visit to Ottawa. The film also plays Aug 4.

There are others worth your while, environmental films, a history of protest riots in the US, the best director winner at Cannes (Decision to Leave), Brendan Fraser as The Whale, Vicky Krieps as Sisi, the tragic Austrian empress and maybe even Gerard Depardieu as the detective Maigret.

Notice a Vancouver film called Back Home. Variety did. They had it in a feature on directors to watch. It has a world premiere Sept 30, plays again Oct 2 and includes my grandson in a key role.

Also notice that Avatar is back in theaters now. James Cameron's mammoth hit film is about a heroic battle to save a civilization and in this context serves as a warm-up act for the long awaited sequel coming in December.

Meanwhile, there are these …

BLONDE: Marilyn Monroe continues to fascinate and Ana de Armas does a masterful job portraying her. She channels her; gets her insecurities and her showbiz style exactly right. The film doesn't do as well though. It perpetually paints her a victim. She was that but not all the time. She had a harsh childhood (her mother even tried to drown her), never knew who her father was, was abused by Hollywood bosses (a rape early in the movie sets the tone) and was forced into having three abortions. That's according to this film which is based on a celebrated novel by Joyce Carol Oates. How she knew all that is a question.

Monroe is depicted as completely alienated from the blonde sex-symbol character the public sees. She wants to get away from it but can't. She marries a baseball hero (Bobby Cannavale as Joe DiMaggio) and then a literary star (Adrien Brody as Arthur Miller). With him she can show she's not a dumb blonde but the film doesn't follow that with what she did: lobby for more serious roles, take control of her career, start her own production company. All that could still support the victim angle, but it is sadly missing. She does get involved in a threesome with the sons of two Hollywood names. I'm not sure how true that, and a cruel outcome, are. It's most affecting though, but excessive. Andrew Dominik, who wrote and directed, is known for odd angles on real figures. He's done too much of that here. (Select theaters now, Netflix next week) 3 out of 5

DON'T WORRY DARLING: Harry Styles is the big draw in this one, but it's really Florence Pugh's movie. And it's got so much color and visual style as well as a feminist sensibility that it's easy to like. Until you think longer and ask what exactly is it about? It doesn't tell you and you'll have to fill that in yourself. Until then enbjoy the style.

Harry and Florence plays a married couple in a planned community in the desert. It's suburbia, as so many movies from the 50s and 60s have depicted it. The men drive off to work in the morning, the women cook and clean and serve the drinks. There's a an organizer played by Chris Pine who holds meetings to extol the virtues of their life. "Pure unbridled potential," he calls it, with not a hint of "chaos". He's modelled on a Canadian lifestyle guru, Jordan Peterson. The place is part of something called The Victory Project, which is never defined and has one woman in the community claiming it's built on lies and control. That moves Florence's character to ask questions too and even do the forbidden: wander outside the community to a mysterious building on a hill. You get well into her search. She and Pine are very effective and Styles does enough. (In theaters) 3 out of 5

ETERNAL SPRING: Canada's pick to send to the Oscars is a must-see. The story isn't one of ours, but it was made here by director Jason Loftus. It's about religious repression in China, specifically the Falun Gong movement, and the efforts of a small group of activists to counter a state-run campaign to call it evil. “Falung Gong is good,” says many a protest sign in the film and is also the message the group broadcast when they high-jacked state television one night 20 years ago. The film shows in detail how they planned it, a little less on how they managed to do it and not much on how long they were on air. But the repression that came upon them testified that they had a big effect.

The story is told in hybrid, much of it through crisp animation, based on the work and memories of comic book artist Daxiong. As he relates what happened, it plays like a heist movie, and a thriller. As a Falun Gong practitioner, he originally disapproved of the stunt because it brought more repression on the movement. He fled China (to New York and Toronto) and it was later when he re-met one of the key participants, known as Mr. White, that he changed his mind. They tell of characters like Liang, who came up with the idea, and Big Truck, who brought some muscle. They recall the extreme tension that night and all of the motivation: religious freedom. The film doesn't tell all you need about Falun Gong but it relates this one incident very well. (In theaters: in Montreal and in and near Toronto and Vancouver) 4 out of 5

RICEBOY SLEEPS: This is one of the most authentic depictions of the immigrant experience I've ever seen. It's not about a culture I know but the impact it has attests to this: the film's depictions are universal. You get the big significant events, learning a language, finding a job, doing well at work, but also the little day to day difficulties. The Korean boy in this story is stuck for an answer in class, has a name the other kids find strange and has to pick an easier one to go by. In an archtypical scene he's mocked by the other kids for the strange food his mother has sent for his lunch. Gimbap, by the way. Writer-director Anthony Shim has drawn on his own life in Korea and Vancouver for the reality he depicts. It got him an award at the Toronto film festival that recognizes “bold directorial visions.”

In the film, Choi Seung-yoon plays a single-mother from Korea now living near Vancouver with her son. He's played by Dohyun Noel Hwang as a young boy and later by Ethan Hwang as a teenager. Adorable when young, he's rebellious, determined to fit in with the other kids when he's a teenager. He dies his hair blonde, smokes dope with his best friend (played by the director) and asks embarassing questions like why he doesn't have a father. That's a delicate story from back home in Korea. It's joined by a medical story here in Canada and mom decides her upstart son needs to connect with his past. She takes him to Korea to meet his grandparents. Emotional flareups before they go; connections with heredity over there, and you've got a very satisfying film. (At VIFF on Day 2--Sept 30-- and Monday Oct. 3, soon at festivals in Calgary and Sudbury, and theaters next year) 4 out of 5


BANDIT: Here's a breezy romp fit for the summer that's still here. It's light-hearted and possibly factual, though taken from a novel. Josh Duhamel plays a criminal the newspapers called The Flying Bandit because he flew around Canada to rob banks, 59 of them it seems. His talent was an ingratiating personality at the teller window and a strict protocol: in and out fast. There's a cheeky, almost comic tone as he pulls of his robberies, at least as Canadian director Allan Ungar has spun it.

Gilbert Galvan Jr escaped from a Michigan prison, came to Canada, took up with a woman (Elisha Cuthbert) from a church shelter in Ottawa and flew off now and then on his bank trips. There's an extended sequence purporting to be in Vancouver, though not convincing visually. She's OK with his robberies because she hates banks; one took her family's house. He gets greedy and approaches a loan shark (Mel Gibson) to get backing for bigger jobs. The police now get on his trail and the film advances to a classic "one last job" situation. The film is full of details, but it's still a slight story. Fun, though. (Select theaters) 3 ½ out of 5