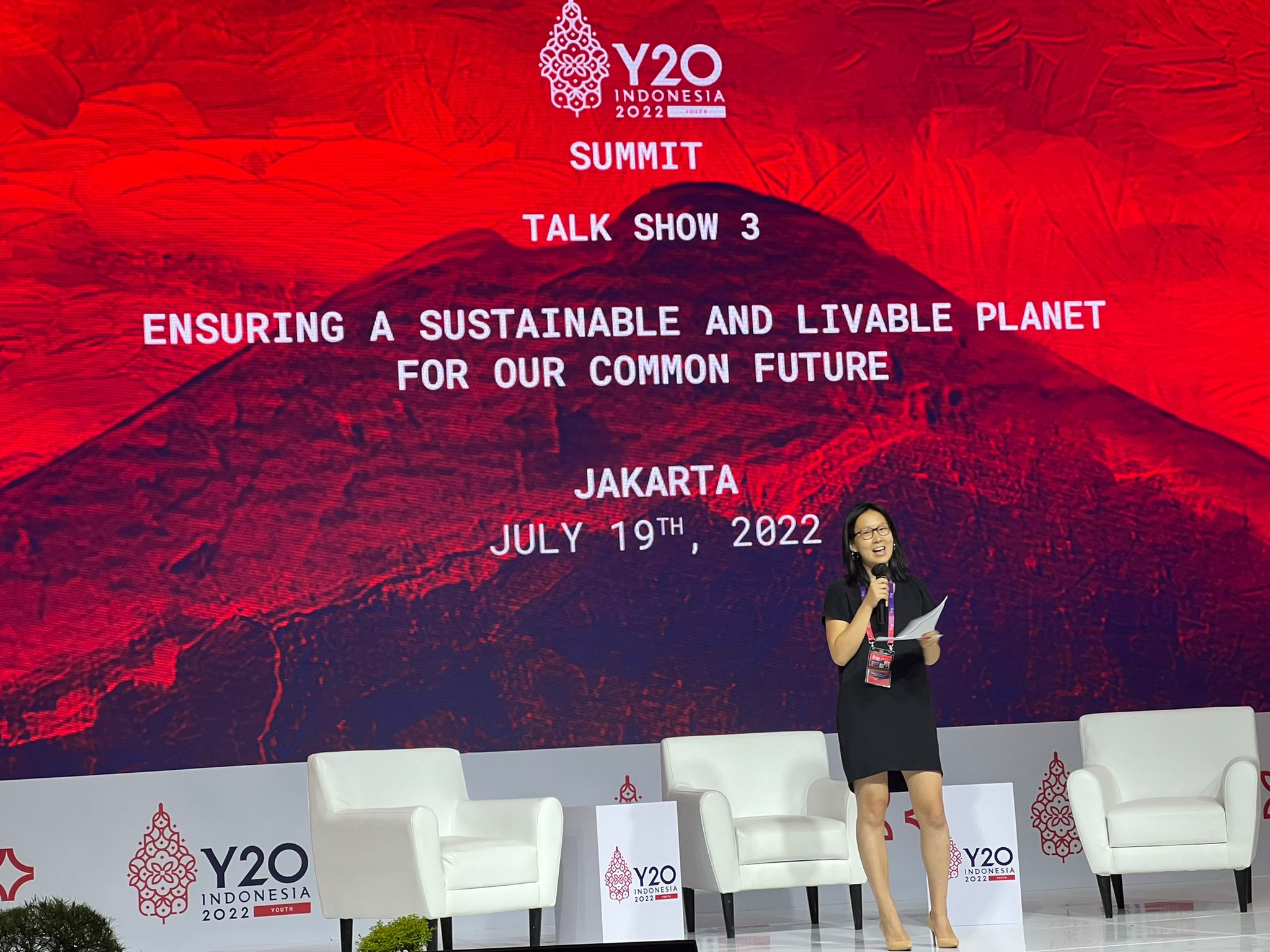 As a Canadian youth delegate to the G20, 24-year-old Jodi-Ann Wang brings the climate concerns of the country’s youth to world leaders.

She spoke to me from London, where she works for the United Nations-supported Principles for Responsible Investment, or PRI.

Tell us about your Y20 work.

The G20 is a more culturally and politically diverse group of countries than the G7, allowing significant middle-income nations influence in designing solutions to global challenges. Its deliberations are informed by official engagement with groups representing those directly affected, such as women (W20), civil society (C20) and youth (Y20).

In preparation for the G20 Presidency of Indonesia 2022 summit, youth delegates of each member country (and non-member country observers) began negotiating a joint communiqué in February. We met in person in July in Jakarta and Bandung to finalize our Y20 Communiqué - Y20 Indonesia. It has been presented to the Indonesian Presidency and various G20 working groups.

I ensured the concerns of Canadian youth were included by canvassing groups, talking with practitioners, experts and government representatives, and holding focus groups.

As a Canadian youth delegate to the G20, 24-year-old Jodi-Ann Wang brings the climate concerns of the country’s youth to world leaders. #YouthClimateAction #Y20

Young people in Canada want a transition from fossil fuels to net-zero — with no one left behind. They seek to foreground Indigenous perspectives, knowledge and rights in both processes and outcomes. They care about food security and want to make sure plant-based alternatives are widely available and affordable. They want Canadian mining companies held to high human rights, social, environmental and governance standards and be regulated to enable circular consumption so we shift away from a “take, make, waste” lifestyle.

How did this differ from concerns in other countries?

We share the goal of a sustainable, livable planet but respect our differences. We aligned with the United Nations Framework Convention on Climate Change principle of Common But Differentiated Responsibilities, acknowledging that many countries contribute very little to climate change but are disproportionately impacted and that national circumstances underpin the choice of priorities.

In China, youth are concerned about strengthening biodiversity protection. The Indonesian delegate proposed to substitute an intergenerational framework for planetary well-being instead of GDP. In the U.K., the COVID-19 pandemic illuminated the intersection between public health and climate change and proposed strengthening global information sharing and early warning systems for zoonotic disease. Developing our communiqué was challenging in light of so many different priorities, but we succeeded in reflecting all voices. Now we hope decision-makers will listen, respond to and amplify our call to action.

Tell us about your job.

I work at the nexus of finance and climate policy where I advise governments and investors on the policies needed for a just transition to net-zero. More than 450 financial institutions have committed over 90 per cent of global GDP to tackle climate change. I advise on policy to ensure investments result in both justice and sufficient emissions reduction.

I am a first-generation Chinese Canadian. Growing up bicultural rooted my values and worldviews in humility and empathy. Wanting to make a more just world, I studied international development at university. During my master's program, it became clear it is impossible to separate economic fairness from tackling climate change.

We have so little time. It is very hard watching governments deprioritize the climate agenda, casting climate change as competing with other behemoth issues like international peace and security, inflation, or public health. Here in the United Kingdom, governments are using the cost-of-living crisis and amplifying public anxiety about energy shortages so they have social licence for new fossil fuel developments.

We need decision-makers to understand that effective action on climate makes society more equitable, safeguards us from future pandemics and provides decent green jobs. Offshore wind in the U.K. is now nine times cheaper than new gas plants. Prioritizing home retrofits, energy efficiency and accelerated renewable energy would help the most vulnerable, reduce emissions and build youth confidence in governments, all of which are vitally important if we are to avoid a climate, societal and economic breakdown.

What do you see if we get this right?

We still have the chance to reach net-zero by 2050 and keep warming below 1.5 C, which is, in fact, the only viable choice. But we must also get the process right. Young people must co-create and co-own the decisions that will, after all, affect us the most. Having a tokenistic “seat at the table” is not enough. We, too, have knowledge, expertise and lived experiences to contribute to decisions.

Let’s continue to uplift, support and amplify each other. At the Y20, we had to really listen, and we are so much richer for the experience. As the Indonesian president said: Diversity is a strength, unity is a decision. We are made stronger not despite our differences, but because of them.

Listen and learn. Michael Bartz builds a life on his climate values