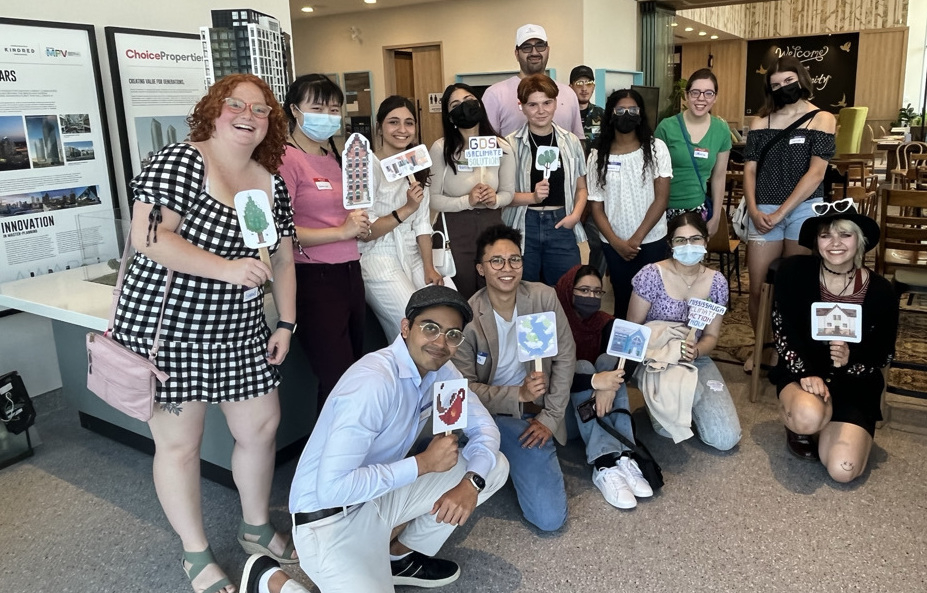 Kaneera Uthayakumaran (back row, third from right) and other Future Majority volunteers at an event earlier this year highlighting the need for robust green development standards for Missisauga. Photo supplied by Future Majority
Previous story
Next story

Kaneera Uthayakumaran isn’t going to let Mississauga’s politicians pass the buck now that a new council has been elected.

While the young climate activists stressed the need to improve the city’s voluntary green measures in the lead-up to Monday’s municipal elections, Uthayakumaran says councillors told them it's up to developers or the province to fix.

“Since we've seen other municipalities do it, we're just trying to advocate further,” she said, noting their core team’s immediate focus has been to raise awareness among residents about why robust green development rules matter.

Future Majority says more than half of the planet-warming greenhouse gas emissions in Mississauga come from its buildings, and that more efficient properties can cut down on emissions while protecting the environment, lowering energy costs and helping create climate-resilient neighbourhoods.

“We're advocating to ensure that the new proposed standards meet the severity of the climate crisis that we face,” Uthayakumaran said, with petitions and more phone banking in the works “so that they know that this is an issue that we really care about.”

She said Toronto and other cities in the Greater Toronto Area have moved ahead of Mississauga in green ambition with positive results.

Toronto’s city council adopted a net-zero by 2040 climate strategy and sped up its timeline for implementing tougher emission limits so buildings constructed in or after 2030 are near zero emissions.

Mississauga issued a request for proposals to develop the new standards in late 2021 but received no submissions, meeting minutes from earlier this year show.

Young climate activists stressed the need for Mississauga to improve its inadequate and voluntary green measures during this month's election campaign, while councillors told them it's up to developers or the province to fix. #onpoli

The city revised its brief and reissued it this year, getting four bids and selecting Sustainability Solutions Group, which is currently working on GDSs for Brampton and Caledon in Ontario and previously worked with Toronto, Hamilton, Edmonton, Peel Region, Burlington and others.

The project has completed two of six planned phases, with a revised draft due between October and January and final standards expected by June 2023.

The city got $175,000 from Ottawa and a federation of municipalities in July last year to develop its updated GDS strategy, which re-elected Mayor Bonnie Crombie said at the time would help Mississauga “address the need for stringent green development standards.”

The Future Majority team has reached out to Crombie for a meeting. The mayor hasn’t gotten back to them yet. Meanwhile, the group hosted a “climate coffeehouse” in July and then last week, hosted guests from three environmental groups as well as Coun. Matt Mahoney, who was also re-elected on Monday, for a panel discussing the future green building rules.

“There's a lot of people who are very passionate about climate action, but they're not sure where to start,” Uthayakumaran said. “So we're letting them know and giving them the opportunity to write to council, letting them know about their views on climate and what they want to see for the future.”

These "kids" have got it:

These "kids" have got it: voluntary measures aren't real measures.
While they're at it, perhaps they could tackle the matter (a *huge* problem!) of toxic building products, that off-gas for years, making people sick. I don't think anyone would buy a house if they were told that the building materials would increase their kids' likelihood of having learning disabilities, behavioural problems, asthma, etc.
And builders will continue to use them, because they are cheap and deliver the numbers people want to see if they are concerned about purchase price, or heating costs.