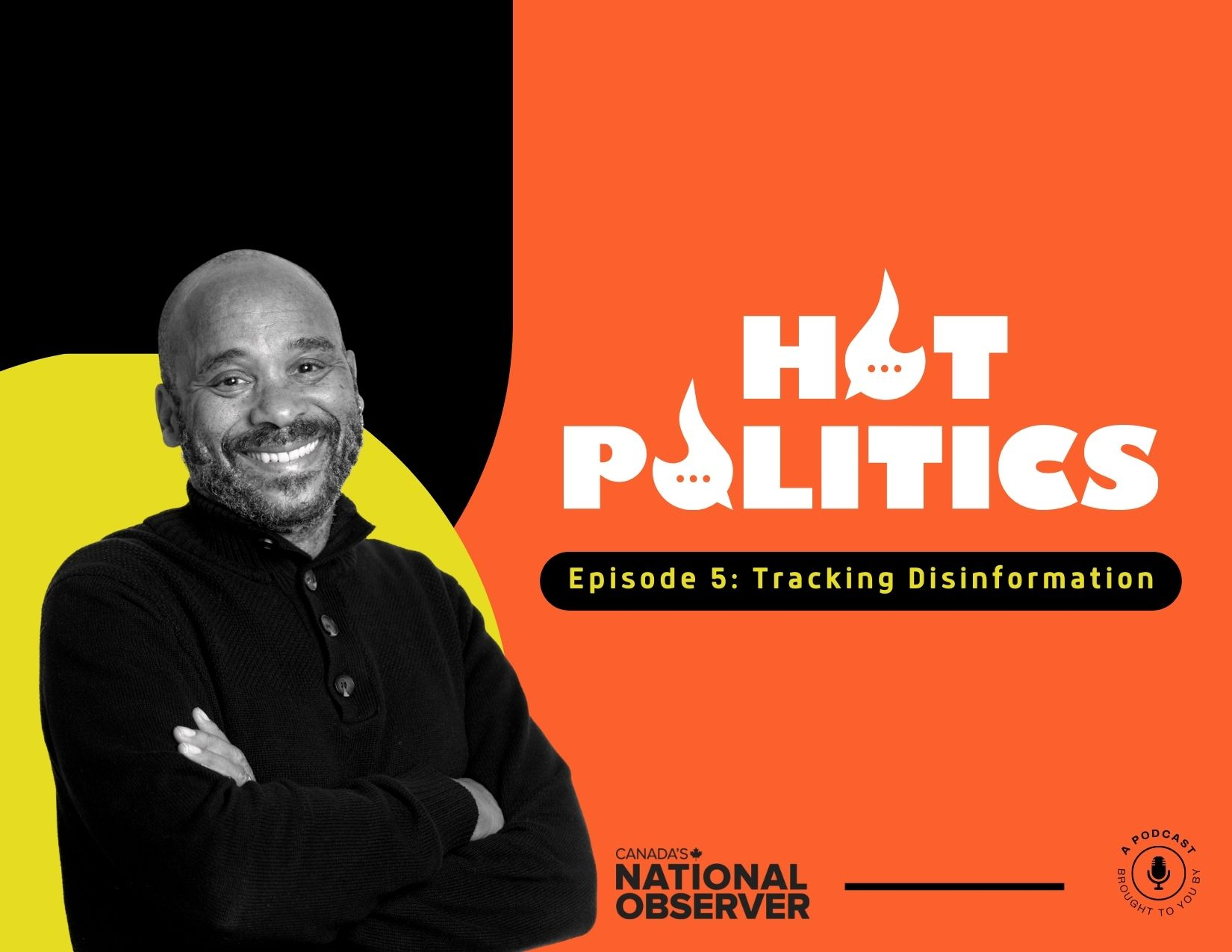 Host David McKie speaks to researchers about just how much climate disinformation there is online.
Previous story
Next story

The newest episode of Hot Politics features researchers who found so much climate disinformation online that they needed an intelligence team to fight it.

No one knows if Twitter will survive its new owner, but it's difficult to argue against its growing reach and functionality as a communication tool. At the same time, the platform is also a nightmare of nastiness, conspiracy theories and disinformation, especially when it comes to the climate crisis.

In episode five of Hot Politics, host David McKie speaks to researchers in the U.K. who found just how much climate disinformation is out there on Twitter. Max Falkenberg, the lead author of the study and researcher at the City, University of London, looked at the platform's data over seven years and found that disinformation worsened yearly.

Falkenberg said people who ended up in echo chambers hearing only that climate change was not a real thing — or not as serious as everyone said — were unlikely to believe anything about a warming planet.

Falkenberg and his team focused on identifying the climate deniers at the annual UN climate conference, also known as COP. Their findings brought some of the most prominent Twitter disinformation accounts to light, and … drum roll please … they belonged to Canadian politicians like Maxime Bernier and Pierre Poilievre.

Jennie King, a disinformation specialist also based in the U.K., is part of an international group that collaborated to track the climate crisis lies in real-time at COP26 and COP27. The team not only tracked the issue but also debunked lies and greenwashing by presenting fact-based science.

King took us inside their intelligence room at COP27 and talked about how denialism has shifted into delayism.

“We're fighting a very, very tough battle because we're fighting against people who have decades of experience, who have a very well-developed and very successful playbook, and also, frankly speaking, have billions of dollars at their disposal to fund these efforts,” she said. “That stuff can feel a little bit insurmountable.”

To find out more about the climate disinformation regularly pushed on online platforms like Twitter and how it can impact our democracy, listen to the fifth episode of Hot Politics on Apple Podcast or Spotify.

According to researchers, some of the loudest climate disinformation voices come from Canada. Find out who they are on the newest episode of the Hot Politics podcast!

Hot Politics is made possible by listeners like you. If you’ve supported the podcast already, thank you. If you haven’t, click here to donate what you can to help us keep producing valuable journalism.

Got questions or comments? Email us at [email protected].

The carbon bomb makers — Canada versus our peers

I too have noticed the uptick

I too have noticed the uptick in deniers. I recently decided to try a Financial Post news letter but after reading half a dozen out to lunch comments on EVs, I immediately cancelled after commentibg these commentors were way off base. So much for Post Media.

The National Post, flagship Canadian newspaper of the US hedge fund owner of Post Media, was successfully sued in 2015 by climate scientist and former BC Green Party leader Andrew Weaver for defamation. The columnist was Terrance Corcoran who was found to have defamed Weaver and climate science for years prior.

He wasn't the only PM columnist dishing discord on climate and social liberalism.

Many PM papers still have a right wing editorial slant, chief among them the Calgary Herald. I sometimes buy the Saturday edition of the Vancouver Sun for its local coverage, but have noticed how much it has thinned and declined over the years. It's essentially a puff sandwich with few relevant but heavily edited brief current event stories with little context peppered with a column or two, contained by thick layers of advertising. There is no longer a lead editorial. It's great for packaging used cat litter.

The Globe and Mail remains a largely MoR conservative paper, but it is far, far superior in quality and balance. The ad-free Saturday Opinion section is usually a multi-day bedtime or morning coffee read. It keeps alive the nation's best investigative and international journalism. And it still manages to include a smattering of quality local content, often by ex-Post Media journos.