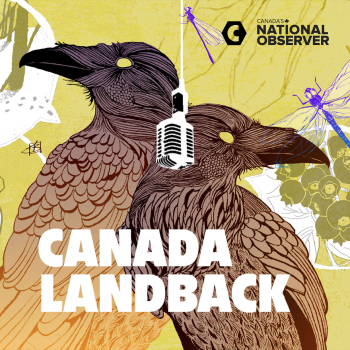 Bonnie Bressette was only five years old when a truck came to Stoney Point, and she watched as her house was loaded up onto the truck to be taken away. Her father explained the government was taking their land to build an army base but promised to return it after the war. Legally, the government had to. They didn’t.

In Episode 1, we hear from three generations of Stoney Pointers about how every system failed them. They explain their longing to rebuild their community and what led them to take over a military base in 1993.

The episode is in memory of Anthony “Dudley” George.

Starting with the 80-year reclamation movement at Stoney Point, which led to a violent assault on unarmed people, and the police killing of Dudley George, the podcast asks: why have land actions become necessary? Why have violations of human rights become normalized? Where will this lead us as a country?

The all-Indigenous team of award-winning reporters asks Canada if reconciliation is dead, or if there’s hope. Telling stories through documentary reports, interviews and panel conversations, canadaLANDBACK unpacks the divide between Indigenous nations and Canada, and explains why today’s youth may be the last generation Canada can negotiate with.

We are crowdfunding to cover the cost of this podcast.

If you'd like to contribute, as little as five dollars per month can help support this work.
Support this podcast
See all episodes