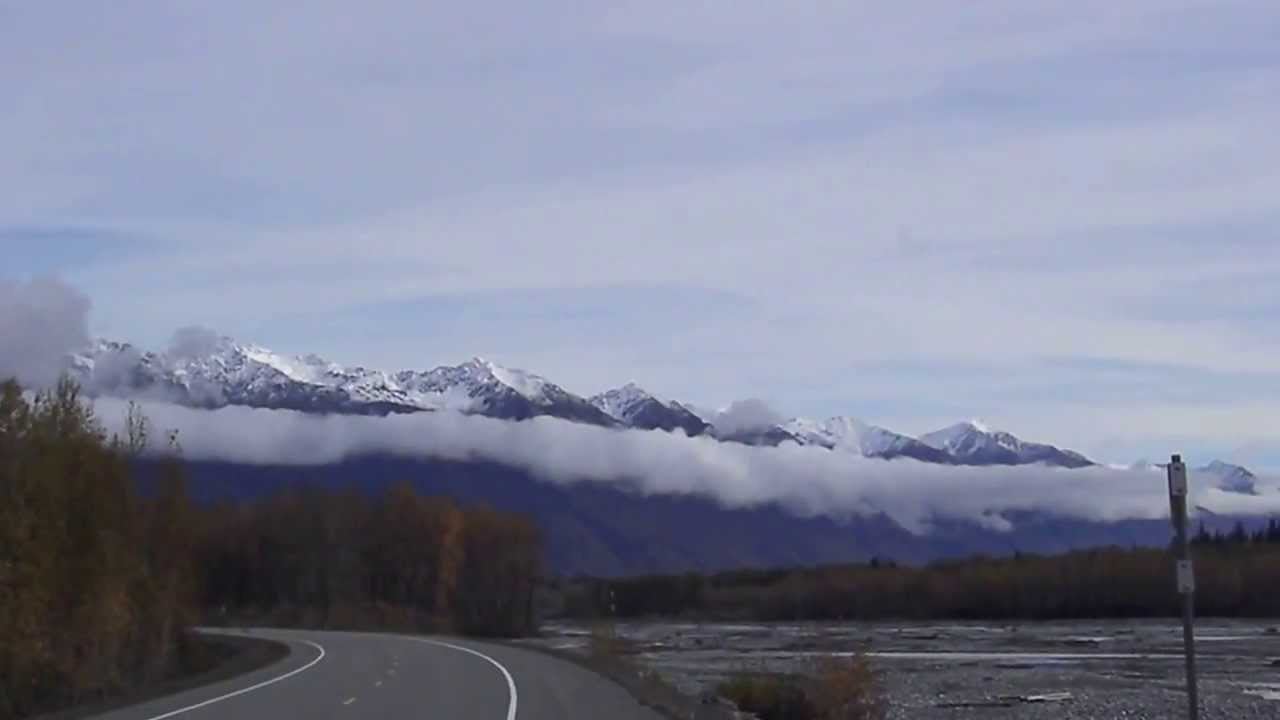 Second in a three-month series.

As Metro Vancouver considers building new incinerators to handle future garbage, the list of opponents is growing, with some jumping in to fight the plan. Few have been as bold or influential as Metro Van’s regional colleague and next door neighbour who recently launched an aggressive $50,000 TV and billboard ad campaign to fight the incinerator.

The Fraser Valley Regional District (FVRD) is a smaller regional authority serving 280,000 people in areas east of the Metro Vancouver including Mission, Abbotsford, Chilliwack and a host of incorporated towns and unincorporated communities.

FVRD has come out strongly against any plans for a new incinerator.

“We’ve had scientists look at this. We’ve looked at the kind of pollutants in the valley and what we see is that 59 per cent of pollutants we breathe in the valley come from Metro Vancouver," says Sharon Gaetz, mayor of Chilliwack and chair of the FVRD. She adds that Fraser Valley is built in a "funnel shape", such that as the valley narrows, air movement and pollutant dispersion is restricted so that the bulk of it ends up sitting against the mountains.

"We are trying to embrace in people’s minds that incineration is not a solution for the 21st century,” she says.

The province has ordered Metro Vancouver to conduct a year-long consultation with FVRB over incineration. Gaetz says FVRD is insisting that consultation take place in public, but alleges that so far, Metro Van has refused.

Fed up, the FVRB launched the TV and billboard advertising campaign at the end of January, showing children wearing masks while playing sports or using medical inhalers.

“(The campaign) presumes that the Fraser Valley is more concerned about its airshed than we are about our joint airshed," he said.  "I believe that Metro Vancouver is very concerned about the quality of air. We have the responsibility for monitoring it and assuring air quality. We are performing very well.”

In Brodie's view, FVRD is simply shifting the blame elsewhere for air quality problems its own plans have created.

“If you take a look at the communities in the Fraser Valley, you will see that they are totally car dependent,” says Brodie. “And vehicles play a big role in everything they have done and everything they have planned for. They've sprawled, and I think it makes for a good way to take pressure off some of the communities in the Valley to say pollution is coming from somewhere else when it is not.”

“I believe that if children are as depicted in those ads -- that they are affected by having to use inhalers or masks -- I believe that will be the responsibility and the result of decisions that are made locally, and not by Metro Vancouver.”

In 2010, Metro Vancouver passed its Integrated Solid Waste and Resource Management Plan (ISWRMP). It was approved by the provincial government a year later. The utility plan is one of several that fall under the umbrella of the Metro Vancouver Sustainability Framework, an overall philosophy on how to create and manage a sustainable future for the millions of people who live and work within Metro Vancouver’s geographic boundaries. The solid waste plan is a critical document. To meet provincial waste-reduction goals, the plan sets aggressive waste diversion targets of 70 per cent in 2015, ramping up to 80 per cent diversion in 2020. However, even if Metro Van achieves 80 per cent waste diversion there will still be 700,000 tonnes of waste left over. Waste that according to Metro Van, still has value as a renewable energy source.

For the past 25 years, Metro Van has operated an incinerator in Burnaby. The facility is run by Covanta, one of the world’s largest waste-to-energy operators. It burns 800 tonnes of garbage a day and produces enough annual electricity to power 16,000 homes. The incinerator produces 130 tonnes/year of “bottom” ash as a residue, which is either buried in Cache Creek or used in road building, and 30 tonnes of “fly” ash. The fly ash contains dioxins, furans and nitrogen oxide (NOx), most of which is captured by a flue-cleaning system, treated and trucked to Cache Creek.

The incinerator operates under strict environmental guidelines and according to Metro Van, “carbon monoxide emissions (greenhouse gases) from the WTE (waste-to-energy) facility are at approximately 20 per cent of regulatory limits.”

“We’ve had the Burnaby incinerator without any complaint since 1988,” says Brodie.  “Since that time we’ve spent some $60 million upgrading it over a period of time to meet the latest environmental standards. And under the latest plans, we plan to spend another $30 million. The minute amount of pollution it causes is going to be reduced substantially.”

As the region’s population and garbage stream grows however, Metro Van plans to spend $480 million to build one or more waste-to-energy facilities either inside the Metro Vancouver district, or outside at a new location. The incinerator would burn 380,000 tonnes of garbage annually. This is on top of the existing 280,000 tonnes that are burned annually at the Burnaby incinerator.

Burnaby's incinerator, run by Covanta, one of the world’s largest waste-to-energy operators.

The plan for a new waste-to-energy facility has sparked anger among private businesses, environmentalists and Metro Van’s neighbours to the east, the Fraser Valley Regional District, each one for separate reasons.

Belkorp and other waste management companies are vehemently opposed to incineration, calling it a waste of valuable resources. They’ve lined up to speak at Metro Van’s Zero Waste Committee meetings in the past in an effort to stop what they say is a headlong, eyes-closed approach to waste management.

“They’re committed to doing this and are well on their way to spending $10-20 million already. They’re about to option land. I think it’s very difficult for them to turn around and say ‘let’s stop’. If I was sitting back looking at this from 30,000 feet I would say why not let the private sector make these investments and let’s see what they can do.”

”You can bury the bag, burn the bag or break the bag,” says Black. “What we want to do is break the bag, take the recyclables out of it and only landfill what is a very inert material at the end of the day.”

Elsewhere, environmental groups such as Zero Waste BC are criticizing Metro Van for including incineration in future solid waste plans, calling it “a major step backwards for efforts to achieve zero waste.”

Under the current Metro Van solid waste plan, a final decision on any new waste-to-energy incinerator will be made by 2015 with the project complete by 2018. Nine companies have been shortlisted in the process to select a new operator with sites being identified in Vancouver, Nanaimo, Delta and Port Melon.

The Port Melon proposal comes from Aquilini Renewable Energy, owned by Vancouver Canucks owner Francesco Aquilini while other proponents include some of the biggest names in the waste-to-energy field, including Covanta and Wheelabrator/Urbaser. Many have hired lobbyists to push for a new incinerator and are meeting with municipal and provincial politicians and Metro Van staff in an attempt to influence the final decision.

“I don’t see anything wrong with that. It’s how you get respected," says Brodie, adding that there are "huge dollars" involved for companies on this issue.

Those lobbyists include some well known names from BC’s political scene, including former Chilliwack MLA John Les lobbying for Belkorp. In Victoria, BC political insider Brad Zubyk is registered as a lobbyist for Urban Impact, a subsidiary of the Swedish chemical, metals and recycling multinational “The Cellmark Group”. Former Attorney General Geoff Plant, while not registered as a lobbyist, did represent Green Coast Rubbish Inc. at meetings of Metro Van’s Zero Waste Committee.

Bylaw 280: keeping the waste in the region

In 2011, Metro Van discovered a leak in their garbage plan.

After analyzing the flow of garbage, Metro Van staff noticed that a small portion of the overall tonnage was disappearing.  Officials then discovered that faced with higher fees to dump garbage in a Metro Van facility, some waste companies had started to truck garbage to facilities outside the region where the fee to dump their rubbish is $70 per tonne in Abbotsford as opposed to $107 per tonne in metro Vancouver. To stem the leak, regional politicians passed a new bylaw -- Bylaw 280 -- requiring garbage generated in Metro Vancouver be processed at regional facilities, and not trucked outside to evade waste prohibitions and higher dumping fees. Metro Van argues the move ensures control over the waste-flow in the region, and helps to support recycling and reuse programs.

Critics charge that Bylaw 280 is designed to guarantee a steady stream of trash to 'feed' a second waste-to-energy facility, and that the bylaw threatens to thwart private industry plans to exploit a public resource.

“They are the regulator and the operator in the same instance,” says Black. “So now you’re talking about them owning a $500 million incinerator and you’re taking all their fuel stock away from them and they are regulating you. What do you think will happen? It’s pretty clear.”

The bylaw needs final approval from the provincial government, and Russ Black says there is an intensive lobbying effort to try and turn the tide against Bylaw 280 and incineration.

“The incineration group, even though they are not supposed to be lobbying, they are lobbying. I know for a fact they are knocking on the doors of councillors so they have a big lobby function going on, all 10 of them in the game now.”

As a veteran politician, Malcolm Brodie knows he has a hot political potato on his hands; an issue engulfed in passion and conjecture, lobbying, marketing and scare tactics.

“What I would like to see is it (the discussion) become a more rational, scientific based discussion on what are the risks and what are the opportunities,” says Brodie. “I don’t find myself motivated by unfortunate scare tactics that I see being adopted. We rely on scientists and engineers, we rely on planners and all kinds of consultants and experts who will guide us and I believe we are on the appropriate route.”

Brodie stresses that a decision has not yet been made on incineration, and that there is still plenty of work ahead for the Zero Waste Committee before a final vote. What he does know is that the decisions that need to be made will be tough. And the fervour over garbage and how to handle it is unlikely to die down anytime soon.

“The perceptions that are generated make for good politics.”