Toronto debates whether public or companies should pay for industrial pollution 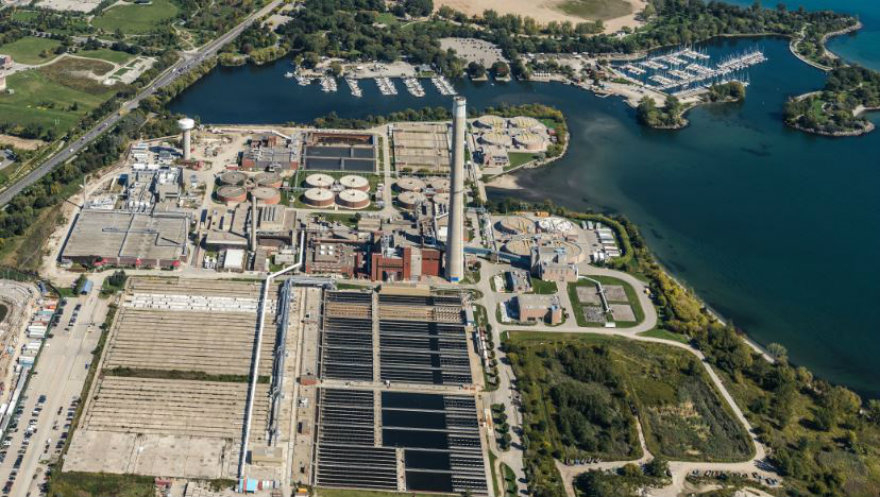 Toronto's budget committee is debating whether industries should pay the full cost of contaminants they release into the sewers. The cost is currently shared with households in a system that environmentalists say encourages pollution.

Heather Marshall knows the links between industrial pollutants and disease. A former researcher for Cancer Care Ontario and Health Canada, she now campaigns for industries in Toronto to reduce their pollution.

As a toxics campaigner for the Toronto Environmental Alliance, a local non-profit group, Marshall has been petitioning city council to force industries to pay the full cost of cleaning up contaminants they release into the sewer system — a cost that is currently shared with Toronto households.

"Realizing that other ratepayers were being charged for pollution clean-up was really concerning for me," Marshall said.

"It encourages companies to continue polluting and continue with the status quo instead of looking at their processes, making careful changes to reduce the chemicals they're releasing into the sewer and investing in pollution prevention or pollution control."

After two years and the start of a newly-elected council, local politicians are starting to pay attention to her ideas. Coun. Mike Layton has asked Toronto's budget committee to consider making industries bear sole financial responsibility for all the contaminants they discharge into the sewer.

The current policy takes resources away from crucial upgrades to Toronto's existing sewer infrastructure, says Marshall, which is already incapable of processing everything that flows through it.

This is especially important with climate change bringing about more frequent and stronger extreme weather events— such as the record storm of July 2013, when more than a month's worth of rain thundered down in just two hours. The storm overloaded city pipes and caused sewage to back up into people's homes. An unprecedented number of insurance claims were filed for ruined basements amid widespread fears of E.coli.

In 2013 legal watchdog Ecojustice released a damning report that ranked Toronto as the third-worst among 12 southern Ontario municipalities for managing sewage. The report said that the biggest cause of pollution in Lake Ontario is billions of litres of untreated municipal wastewater flowing directly into waterways during overflow events.

At a time when water rates and user fees for a number of different services are rising, while industries are getting a lower property tax increase than residents, Marshall says there will be more pressure from citizens who want to know where their money is going.

"There's a million other things that Toronto Water can do with that money," she said. "Climate change is putting great stress on our infrastructure. There are basements flooding all over the city, there are chemicals going into Lake Ontario because the sewage treatment plants can't treat them. There are so many other things that money can be put toward, and it should not be put toward subsidizing industrial pollution."

Lou Di Gironimo, general manager of Toronto Water, acknowledges that industries provide jobs and their influence may play a role when determining what services a municipality will provide, and for how much.

Toronto is not unique in making citizens subsidize industrial effluent, but an increasing number of cities and municipalities are moving toward what is labelled as "full-cost recovery" to make industries wholly responsible for the cost of treating their wastewater.

Toronto's neighbouring York Region committed to this goal in 2011. Edmonton and Hamilton— the latter known for its steel factories an hour's drive west of Toronto—have clear policies to ensure taxpayers do not end up funding industrial clean-up costs.

The City of Vancouver charges industries a collection fee to deliver their wastewater to Metro Vancouver's facilities, and other ratepayers do not bear the costs.

Toronto's wastewater treatment plants are capable of handling five substances up to a certain limit. These are pollutants that can kill fish and other aquatic life in Lake Ontario. Suspended solids (such as grit and organic waste) are the cheapest to treat at 60 cents per kilogram of water. Biochemical oxygen demand and phenolics follow at a rate of 62 cents, kjeldahl nitrogen is next at $1.18 and phosphorous is the most expensive to get rid of at $1.69.

When industries exceed their legal limit, they pay for just one substance—the main polluting component of their effluent— that they release. If there are other substances in their effluent, other ratepayers pick up the clean-up costs, approximately 25 per cent of the industries' tab. The actual number can vary widely each year. For 2015, the cost is forecast to be around $1.5 million. Two years ago, it was twice this amount.

Coun. Mike Layton answered the concerns of environmental activists with his recent budget motion to compel industries to pay for every treatable contaminant they release into the sewers.

"The fact is it costs the city money to treat water for these contaminants," Layton said, arguing that it would cost industries much more if they had to eliminate the pollutants themselves. "We're already doing them a service by treating their water for them. So why should we do the additional service and give them a break when it's costing all the other ratepayers that amount of money to treat the water?"

The move is being opposed by industry representatives and their lobbyists who say they fear new levies could influence them to move their plants, and jobs, to other municipalities.

Todd Kostal is director of logistics and purchasing at Atlantic Packaging, a paper and cardboard recycling facility that employs about 1,000 people in Toronto. With five plants across the city, Atlantic Packaging's water consumption costs millions of dollars, Kostal says, making it one of the heaviest industrial water users in Toronto. Kostal says the manufacturer already has multimillion-dollar treatment facilities on site to clean up what they can before releasing their waste into the sewer system, but they rely on the city to get rid of what they can't afford to themselves.

"We need to be globally competitive... Ontario is already a very expensive place to do business," he said. "I'm not saying that if they raise the rates, we're going to pack up and leave, but it's that compounding effect and it does play into an investment decision that what happens today could mean whether those jobs will be there in the future or not."

The Canadian Water and Wastewater Association, a national non-profit organization that represents municipal water and wastewater services across the country, said in an email that they do not have a formal position on how communities should bear pollution costs in a fair and equitable way, but they agree with the crux of Marshall's argument that rates can be effective in encouraging greener practices.

Toronto's budget committee is set to vote on Layton's motion on Friday, Feb. 13, 2015. If it passes, it will go to city council for final approval.