Meetings between Kinder Morgan and feds leave no paper trail 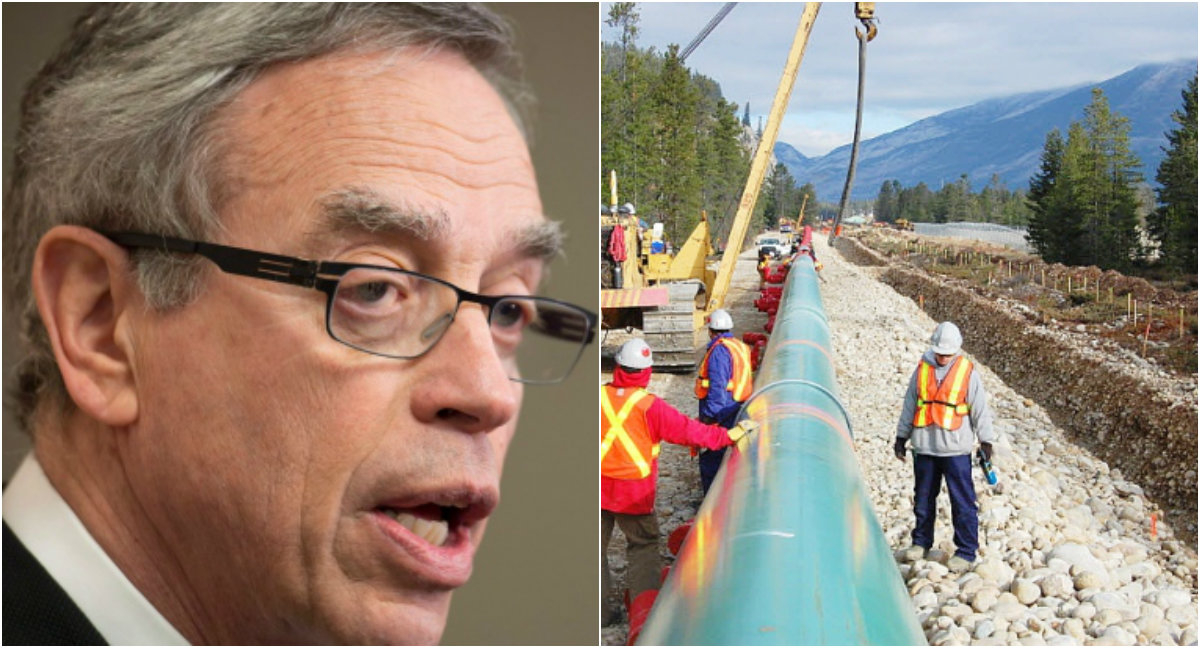 "It's not just bad administration," says former ICBC CEO. "It's a betrayal of public trust."

No records, no agenda, no minutes, no briefing notes. That's what Vancouver-based economist and former ICBC CEO Robyn Allan learned from a Freedom of Information (FOI) request on senior-level meetings between the federal government and Texas-based oil giant Kinder Morgan.

"It's not just bad administration," said Allan. "It's a betrayal of public trust."

Allan filed FOI requests on records relating to 20 meetings between Kinder Morgan and the federal government in 2013 and 2014 in May, and received her first response in October.

She said she was was stunned to find a three-word response for 15 of these senior-level meetings: "No records exist."

Allan followed up twice with federal FOI staff, to clarify that the records weren't simply being withheld.

Natural Resources spokesperson Alain Caccione said the federal government handed over a package with "all records that correspond to recent meetings with Kinder Morgan." But while the document had communications for five junior-level meetings, which contained the information Allan expected to find, the majority of the meetings had no records.

Under FOI regulations, the federal government does not have to release records relating to lobbyist meetings. But Allan says the problem runs deeper.

"What shocks me is that no records that exist. We're not even talking about witholding information. They said: 'we have no paper documentation at all.' There's no trail, no way to hold anyone to the truth." And that's dangerous, Allan said. Kinder Morgan is currently applying to expand its existing TransMountain pipeline to carry 890,000 barrels of diluted bitumen from Alberta's oil fields through B.C. to a terminal in Burnaby. The proposal promises to bring jobs and millions in tax revenues, but has sparked strong opposition from citizens and municipal leaders in part due to the six-fold increase in oil tanker traffic through Burrard Inlet it would generate. As an example, she notes the presentation that Dax Sanders, former Enron employee and Kinder Morgan’s V.P. Corporate Development, gave at the 2014 Energy Conference in Miami Florida on November 14, 2014. The presentation took place around the height of protests on Burnaby Mountain against the Kinder Morgan pipeline expansion.

According to the audio of Sander's presentation, he told the audience that the Harper government is “enormously supportive” of the Trans Mountain expansion project, and said "we are expecting NEB authorization."

"Somebody told Dax Sanders that [Canada's] federal government is supportive. Those assurances were made somewhere," Allan said.

"The government has told Kinder Morgan they're going to support this project and they're not even supposed to meddle in this until the final decision is made....the problem is that if you have oral meetings, there is no way to protect the public interest," Allan said. "People can leave the meeting and say they were told something—there's no way to hold the government accountable."

She said the FOI response represented not only a "chilling level of secrecy" but also "irresponsible business management from elected officials such as Mr. Oliver and senior staff of the federal government." Sean Holman, a journalism professor at the Mount Royal University in Calgary, said governments are increasingly turning away from documentation to keep the public in the dark about policy issues.

"We have seen in this country what's known as the growth of oral government, where government is not producing records, in some cases explicitly to avoid FOI requests and leaks," he said.

"It's difficult to say whether that happened in this particular case, but there certainly has been a growth of oral government and a large motivation of that is to avoid FOI requests and avoid negative coverage." "There's an absolute lack of transparency in this country. That makes it very difficult for anyone to hold the government to account," Holman said.

"If you don't know what the government is doing, how can you possibly comment or criticize? It insulates government from dealing with the messiness of democracy and that seems to be, in my mind, counterproductive."