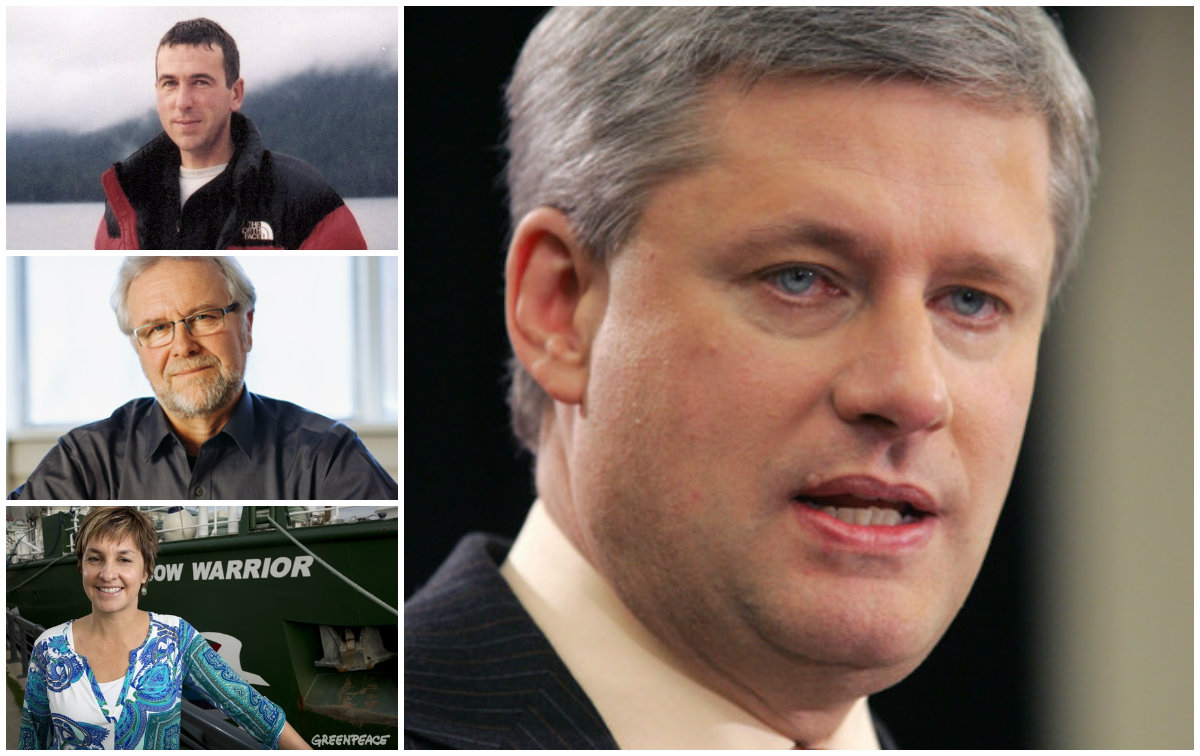 Oxfam, Greenpeace, Amnesty International and Ecojustice are among the 18 organizations that signed onto a letter pushing back against the federal government's targeting of charitable organizations through audits.

The "public good" letter was initiated by Environmental Defence executive director Tim Gray. It asks all political parties to sign on to "new legal and policy direction that enhances and protects the ability of registered charities to participate in public policy debates," without fearing government retaliation.

"I think this is a way to put all the parties on notice that it’s time to make some changes," said Canadian Centre for Policy Alternatives executive director Bruce Campbell.

"It’s time to legitimize the importance of charitable organizations in the public policy debates. They are a force and a component of the public good, and this should be recognized."

The letter comes on the heels of controversy over the Harper administration's "targeting" of charities that criticize government policy. Charities that the federal government selected for Canada Revenue Agency audits included not only prominent environmental charities like Ecojustice and Environmental Defence, but also small groups like PEN Canada, with just two full-time staff, and Dying with Dignity.

Dying with Dignity recently lost its charitable status for its "political" activities, just weeks before a historic victory in Supreme Court supporting doctor-assisted dying in February.

According to existing legislation, charities are allowed to spend 10 per cent of their budget on political activities. Campbell said part of the problem was that leaves too much room for interpretation of what counts as 'political activity'.

He said the Harper government used this to intimidate charities that openly criticized its policies, while ignoring right-leaning think tanks  such as the Fraser Institute, the Montreal Economic Institute, which are also charitable organizations that often weigh in on policy debates.

Campbell said the "circumstantial evidence" suggests that the federal government's audits are politically directed, and not carried out at random.

In the letter, charitable organizations argue that charities often bring valuable knowledge to public debate and that Canadians have traditionally benefited from having them advocate for better government policy.

"Charitable organizations serve a vital purpose in bringing the public interest to the forefront of public conversations," the letter states.

"Without years of organizing effort by Canadian charities, Canada would not have dealt with issues such as addressing acid rain, promoting safe driving, reducing smoking and banning toxic chemicals — these initiatives have all been led by the charitable sector."

The letter warns that the recent have had a "chill effect" on people in the charitable sector, and that "charities feel that their efforts are being discouraged, subjected to rhetorical attacks or harsh or arbitrary review."

Environmental Defence executive director Tim Gray said so far, the Green Party has written back affirming that it will address the issue in its platform.

"As Minister Findlay has stated, the rules regarding charities and political activities are long-standing. In 2012 alone, $14.24 billion was tax receipted from approximately 86,000 charities. Charities must respect the law, and the CRA has a legal responsibility to ensure that charitable dollars, donated by charitable Canadians, are used for charitable purposes."

Read the full letter (one of five sent to respective political parties) below: