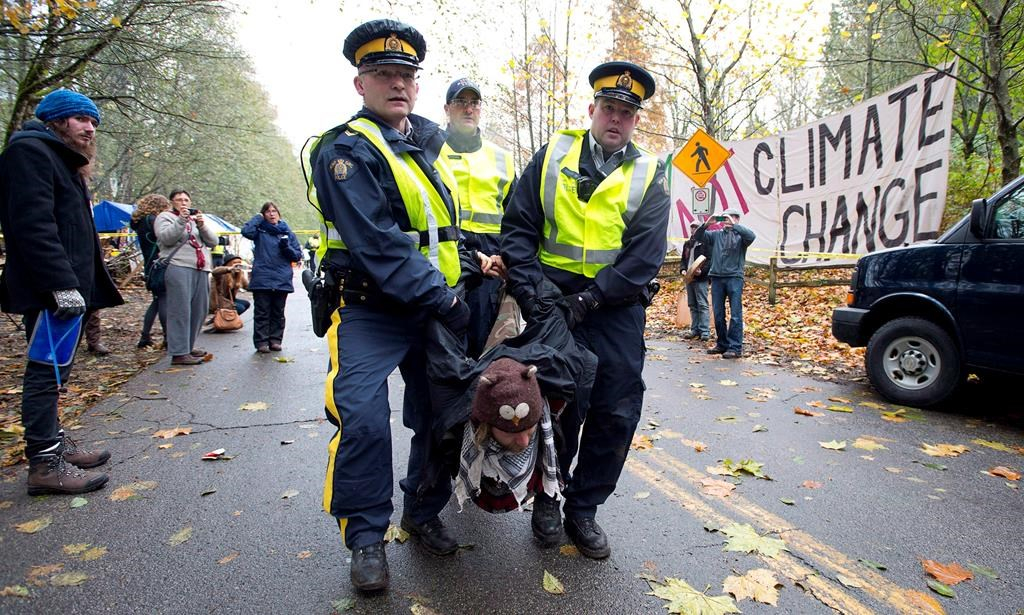 The British Columbia Civil Liberties Association has asked the Security Intelligence Review Committee to consider the documents — which reveal CSIS deliberations on the proposed Northern Gateway pipeline — as it investigates the spying allegations.

The association filed a complaint with the review committee in February 2014 after media reports suggested that CSIS and other government agencies consider opposition to the petroleum industry a threat to national security.

The complaint also cited reports that CSIS had shared information with the National Energy Board about "radicalized environmentalist" groups seeking to participate in the board's hearings on Enbridge's Northern Gateway project, which would see Alberta crude flow to westward to Kitimat, B.C.

The groups included Leadnow, ForestEthics Advocacy Association, the Council of Canadians, the Dogwood Initiative, EcoSociety, the Sierra Club of British Columbia, and the aboriginal rights movement Idle No More.

The civil liberties association said it expected the investigation to address why CSIS monitors the groups, the length of time it has been doing so, and the authority or law allowing such surveillance.

The association also wants to know why the spy service has shared intelligence with the petroleum industry, as well as copies of any notes, transcripts or recordings it has made available.

Some activists are now afraid to protest because they might come under CSIS surveillance, said Josh Paterson, executive director of the civil liberties association.

"It's literally keeping people away from completely lawful activities — expressive activities that are part of our democracy," he said in an interview.

CSIS prepared advice and briefing material for two June meetings of the deputy ministers' committee on resources and energy, say the documents, obtained under the Access to Information Act.

The spy service also gave deputy ministers a federal risk forecast for the 2014 "spring / summer protest and demonstration season" compiled by the Government Operations Centre, which tracks and analyzes such activity.

CSIS did not respond to requests for comment on the records.

In a letter sent Wednesday to the review committee, civil liberties association lawyer Paul Champ says the newly released documents "show that CSIS prepares reports and shares information regarding protest activities, even where it recognizes that such actions are lawful and therefore outside the service's statutory mandate."

Such intelligence-gathering and information exchange amounts to a "disturbing trend" that poses a significant threat to freedoms guaranteed under the Charter of Rights, Champ adds.

It has been more than three months since the civil liberties association has heard from the review committee, he notes in the letter. The association is prepared to proceed with its complaint before committee member Yves Fortier to ensure the "inquiry into this important matter proceeds in a timely fashion," Champ says.

The introduction of government legislation that would give CSIS new powers to disrupt extremist activity has stoked concerns about surveillance of environmental and aboriginal protesters.

The Conservative government insists the bill is aimed at giving police and spies more tools to prevent attacks by jihadi extremists — not clamp down on demonstrators.

However, several witnesses — including the civil liberties association and Champ — have told the House of Commons public safety committee the legislation would lead to spy abuses.