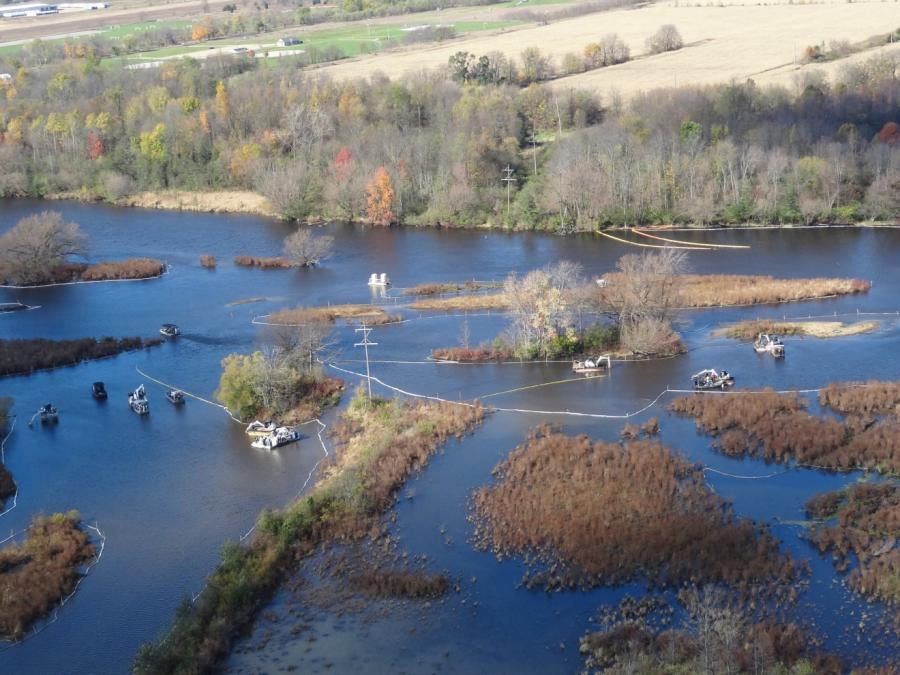 Calgary’s Enbridge Energy remains bullish on its pipeline plans despite a large settlement Tuesday between the company and the State of Michigan over a ruptured pipeline.

While the energy company agreed to spend $75 million on a variety of projects related to a pipeline leak that spilled more than 800,000 gallons of oil into Michigan wetlands and watersheds, it still has a number of pipelines in the works.

A Minnesota newspaper recently reported plans for a new pipeline across that state.

Enbridge has asked state regulators for approval to build a $2.1 billion, 337-mile pipeline to replace a 1960s-era line, according to a story in the Minnesota Star-Tribune in late April.

“It carries crude oil from Canada to the Midwest, but has a history of ruptures,” the paper reported, noting that in its filings with the state Public Utilities Commission, “Enbridge said that growth in western Canada’s crude oil production over the next 15 years will quickly fill the new, expanded line 3.”

The paper also noted that accidents on the existing pipeline “included a record 1991 spill of 1.7 million gallons of crude oil at Grand Rapids, a 2002 rupture near Cohasset and an explosion and fire during a 2007 repair job near Clearbrook that killed two workers.”

The company also hopes to build its Northern Gateway Pipeline despite a decisive NDP government win in Alberta during the recent provincial election. Newly minted provincial Premier Rachel Notley was quoted in The Calgary Herald as saying the pipeline was “not the right decision.”

But many observers believe the pipeline will remain green-lighted despite the new Alberta government.

Tim McMillan, president and CEO of the Canadian Association of Petroleum Producers, wrote a commentary in which he stated: “Hand-in-hand with fiscal considerations, we need to continue our countrywide focus on diversifying markets for oil and gas products and building the necessary transportation infrastructure that will allow these products to move to market.”

The $75-million in improvements to Michigan’s Kalamazoo River watershed is over and above the estimated $1-billion Enbridge has spent containing and cleaning the 2010 spill.

Mark DuCharme, with the state’s remediation division of the Department of Environmental Quality, told Canadian Press that they’d “come a long way” with rehabilitation of the river. Reporters didn’t view any residual oil on the river.

In contrast, at the time of the spill, the U.S. Environmental Protection Area issued a question and answer sheet to deal with concerns ranging from what was causing the strong odors, to why people in the area had been issued with a voluntary evacuation notice, to who would pay for doctor visits and medical bills.

Enbridge has had a presence in Michigan since 1953 and has five wholly owned or operated pipelines traveling through the state.

In its history of its relations with the state, the company acknowledges:

“Throughout our long association with Michigan and its people, we’ve had our ups and downs — and one of our toughest moments, as a company, came on July 26, 2010 with the Line 6B release near Marshall.

“…As a company we learned some very tough lessons through the Line 6B incident — lessons that have, ultimately, made us a safer company.”